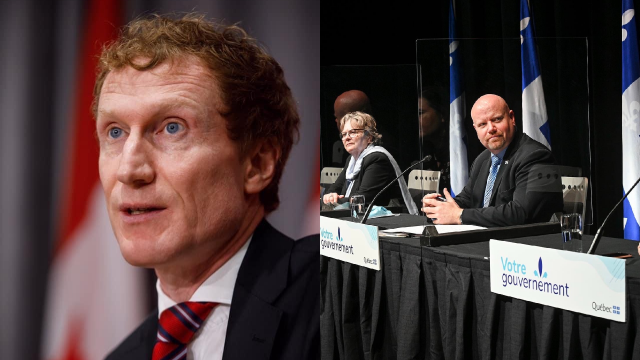 The Mohawk Council of Kahnawake (MCK) had back-to-back meetings with provincial and federal representatives last Friday to discuss various unresolved issues with major implications for Kahnawake.

Delisle, who is the lead on the Seigneury file, called the assembly “interesting” and gave Miller credit for putting the meeting together so quickly.

“The Seigneury has been stalled for the better part of almost seven years now. Wordsmithing on protocols and a real lack of movement with no engagement. We are tired of being double spoken to by administrators,” said Delisle.

Miller was accompanied by Joe Wild, the senior assistant deputy minister for Treaties and Aboriginal Government at Indigenous and Northern Affairs Canada, according to Delisle. The chief explained that although the MCK is not dealing with treaties or self-government, Wild is the person federal administrators report to regarding some of the vital files that effect the community.

He said that Miller seemed very receptive to the idea of appointing a ministerial special representative to help move forward discussions.

“We actually got into a conversation about who we thought on our side could be a potential candidate and floated several names. There are a couple more in the queue,” said Delisle.

Moreover, he was encouraged by Miller’s commitment to return to the community in two weeks with other ideas to facilitate progress.

“The KCR has also been stalled on many fronts. Not only on the membership issues but also on land issues and piecemeal conversations,” said the chief.

He said that the ministerial special representative could be the missing link to get through to the cabinet and finally establish a legitimate mandate to negotiate on specific issues that heavily impact Kahnawake.

The other major topic of discussion during the meeting was gaming and the lack of engagement by the minister of Justice and attorney general of Canada, David Lametti.

“Minister Lametti has visited Kahnawake several times and wrote to us several times about meaningful engagement on the gaming issue and has yet to fulfill any outcome or position,” said the Delisle.

The gaming issue stems from Bill C-218, the Safe and Regulated Sports Betting Act, which decriminalized single event sport betting in Canada and was done with minimal consultation with Indigenous communities.

The legislation does not currently recognize Kahnawake’s jurisdiction over its gaming industry, thus placing its economy at risk. The MCK spent months lobbying the government to amend the bill, first in the House of Commons and later in the Senate chamber. Unfortunately, the legislation received royal assent in June 2021.

“In essence, it would put our gaming industry out of business if we don’t apply for a permit in Ontario, which we are not,” said Delisle.

The MCK is actively involved in challenging the province of Ontario, according to the chief. Additionally, Council is involved in several areas to ensure that Kahnawake’s jurisdiction over its gaming industry is recognized and respected.

“I am sure that the rest of Canada is looking to Ontario to see if they are successful in this conduct and manage model,” he said.

Council now expects that Miller communicate the urgency of the situation to Lametti.

Over the weekend, there were discussions by community members on social media regarding the Miller meeting and the possibility of Kahnawake becoming a municipality. “The idea of municipalization is an old one and an old attack on Council for ‘selling out the community,’” said Montour.

Delisle reiterated that the MCK is not engaging Miller or the federal government to try and turn Kahnawake into a municipality. Furthermore, Council is not part of a termination table like some other Indigenous communities.

Later that day, the MCK also met with Ian Lafrenière, the minister responsible for Indigenous Affairs in Quebec, to discuss the memorandum of understanding and the framework agreement.

“The memorandum of understanding (MOU) and the framework agreement have yet to be agreed upon at this point. I should have something in my hands later this week through Geoffrey Kelley on Quebec’s position,” said Delisle.

The Coalition Avenir Québec government appointed Kelley as the Kahnawake negotiator in June 2021.

“It has been a frustrating road map in terms of wordsmithing and Justice Quebec becoming involved. So, we have gotten indications that there are still issues in terms of some of that wording, but the premier (Francois Legault) is considering what minister Lafrenière has proposed.”

According to Delisle, once Council receives these documents, they will then be vetted by the MCK’s legal department and the office of the Council of chiefs.

“These are the rules of engagement if you want to call it that, and minister Lafrenière understands that as an ex-police officer and a current military person on leave at this point,” said the chief. The MOU and framework agreement would establish how Kahnawake and Quebec relate politically, operationally and administratively. It would also facilitate a meeting between the grand chief and the premier.

“For the Aboriginal Initiative Funds agreement, we received a letter as promised going way back to September, but it’s changed form and content since then. I received it Monday.”

The new iteration of the agreement is currently being vetted by the MCK’s legal department and the Office of the Council of chiefs to see if enough changes were made to move forward and avoid impacting pending community projects.

The chiefs and Lafrenière also talked about the cannabis file and the numerous meetings between the working group, headed by MCK chief Tonya Perron, the Cannabis Control Board and the province.

“Obviously, the law got passed years ago here in the community, and we are awaiting finalization from the Cannabis Control Board for full implementation so things can start to operate in and around the community,” said Delisle Jr.

“We don’t want problems with transport or with patrons coming in if there are going to be distribution centres within the community.”

He said that the MCK is waiting on Quebec’s Finance minister Eric Girard to provide to clarify the province’s position on Kahnawake’s jurisdiction over its cannabis industry. Council is also waiting to hear back from Lafrenière with respect to a follow-up on the health sector front, which Delisle indicated is of concern to Quebec.

“Tonya asked me to deliver a message to Lafrenère and Quebec that we are becoming extremely frustrated. It’s been quite some time since their last meeting or update, so they are expecting some results,” said the chief.

According to Delisle in about two weeks, Council should receive more information from the provincial government on this matter.

The officials also discussed the Mercier Bridge and the construction of a new span on the bridge’s provincial side, which was announced in 2018.

“The Mercier Bridge continues to be an area of concern and frustration, I will say mostly internally, but I think even on the Quebec side to some degree with their inability properly communicate and engage with us on a timely basis on all aspects of the project,” he said.

The chief said that he had another conversation about the Mercier Bridge with Lafrenère on Tuesday and reiterated that unless Council sees some positive developments from Quebec, the Mercier Bridge could become a linchpin in terms of the relationship between the two.