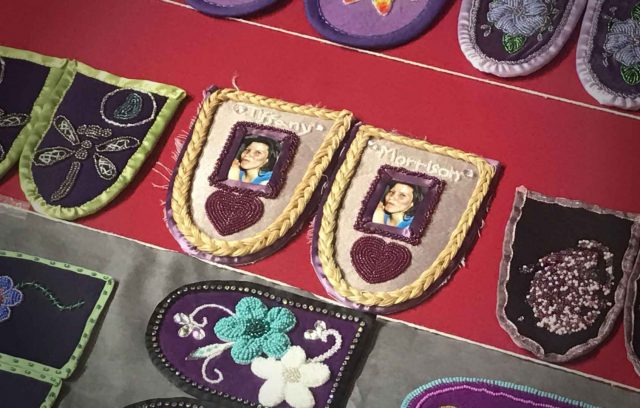 Tiffany Morrison’s family is still confident in the National Inquiry into Missing and Murdered Indigenous Women and Girls. (Jessica Deer, The Eastern Door)

Amid a wave of resignations and criticism of the National Inquiry into Missing and Murdered Indigenous Women and Girls, Kahnawa’kehró:non Melanie Morrison said she’s still confident in the remaining commissioners and process.

“The lateral violence that’s happening with different groups is disappointing because I feel that we need to band together and support the inquiry,” she told The Eastern Door this week.

Morrison’s younger sister Tiffany was last seen leaving the Hiraki Bar in LaSalle to take a taxi back to Kahnawake on June 18, 2006. Her remains were found in a wooded area beside the Mercier Bridge four years later.

“Our family still supports and has faith in the process. Families shouldn’t give up hope,” she said. “They have been listening to suggestions as to being more open with their scheduling, what their planning is, and I think It’s really unrealistic to think that they’re going to be able, at only seven months in, to have been everywhere by now.”

“After serving on this Commission for the past 10 months, I realized the vision I hold is to share very few within the Nation Inquiry – with the status quo colonial model of hearings is the path for most. Because of this, I strongly feel the terms of reference that we were set out to achieve have not been met,” she said in a statement.

The Quebec Native Women also want the commission to request a time extension for the inquiry, and expressed disappointment in the limited number of weeks for community visits and hearing in the province of Quebec.

“After more than 10 years of demands for this inquiry, QNW hopes that it will be successful and that it will fully meet its mandate. The success of the Inquiry depend in part on the testimony that will be heard and gathered during the hearings, which is why it is important for families and survivors to participate. The responsibility of ensuring the success of the Inquiry is up to the Commission,” said the organization’s president Viviane Michel.

For Morrison, some of the criticism such as calls for the remaining commissioners to resign is counterproductive.

“Nobody can speak for all families. Each family is entitled to voice their own opinion, and like I said, I don’t think it’s beneficial to keep making demands like that. We need to really work together,” said Morrison.

“We’re not going to get another inquiry. So we really need to focus on making this the best it can be. And by that, you have to work together. It’s a living entity and you have to let it keep growing and changing. It’s never been done before and they need to get input from the communities and less attacking.”

Morrison is also a part of the National Family Advisory Circle. On Wednesday, they issued a statement in support of the inquiry.

“Please note that establishing Inquiries is difficult and that staff will resign from time to time. With this Inquiry being unique and distinct, it is under extreme scrutiny from those groups, individuals or organizations that may not be in support of a National Inquiry. However, the NFAC stand with the Commissioners and support the huge volume of work that they will accomplish in a short timeframe.”

Poitras’ resignation came a week after chief commissioner Marion Buller announced that the inquiry would be traveling to a number of communities across Canada to meet with families and survivors.

More locations for the winter and spring 2018 are slated to be announced in the coming weeks. Two expert panel hearings have also been scheduled, including one about human rights this October in Montreal.

“When the meetings come closer, I’m going to be going to show my support. But it’s tricky with giving testimony because of the fact that my sister’s case is still active. It’s very limited to what can be put out publicly,” said Morrison.