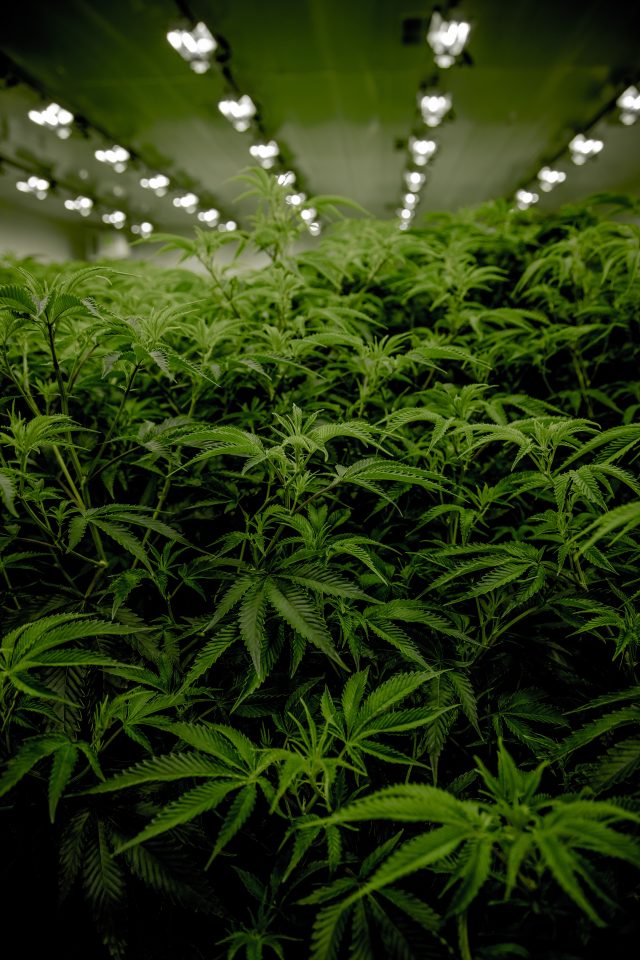 After finally issuing its first cultivation license last December, the Kahnawake Cannabis Control Board (KCCB) continues to move along in its day-to-day operations with the ultimate goal of opening the industry to the general public.

But it’s been a struggle, to say the least, especially on the political side of things. Discussions between Kahnawake and Quebec are ongoing, but an agreement has not been reached.

Mohawk Council of Kahnawake (MCK) chief and Cannabis Portfolio lead Tonya Perron said that she still needs to update Council on some of the issues that remain and were brought up during a meeting with the province two weeks ago.

“The discussions are specific to cannabis because the main concern is always public health and public safety,” said Perron.

Perron explained that Quebec has a very conservative approach towards the distribution and sale of cannabis in the province.

“Their concerns are with the product itself and the legalization of that product. I don’t think that it was very easy for Quebec to accept. However, they did.” Quebec’s Cannabis Regulation Act was enacted in 2018.

She said that the provincial legislation is very restrictive, which has made talks between Kahnawake and Quebec long and arduous.

“If you have been inside of any SQDC (Societe quebecoise du cannabis), it’s very pharmaceutical-looking. There is no experience to gain there. You go in, buy your product and leave. There is no sampling or anything to attract consumers,” said the chief.

“Along those lines, they are very conservative in their approach towards the sale of it. What can be sold, and how it can be promoted, or I should say not promoted.”

Perron, who is also a lawyer, said that although Kahnawake has its own jurisdiction and does not need Quebec’s approval, they want to both industries to coexist harmoniously.

“We don’t want any interference by the outside as in Quebec or any outside authorities. And so that’s the discussion that we are having. It is to secure those assurances that there will be no interferences because we don’t want our industry to be looked at as illegitimate or treated that way.”

The MCK’s strategy in terms of negotiations with Quebec might seem overly cautious, but when looking at other Indigenous communities, it’s a valid approach.

“Some Indigenous communities that have opened a ‘legal’ industry have had to get a license from the respective province to do so. Those that have opened under their own laws have not been given the credibility by the province,” said the chief.

For example, she explained that in Ontario, some Indigenous communities were raided and shut down early on after legalization in Canada.

“It’s frowned upon by the province, and it’s questionable what might happen to them. So those that are safe in Ontario or in other provinces are those that have followed whatever the province had put into place to be considered on equal footing as the provincially-licensed dispensaries,” she said.

Every province in Canada has its own legislation when it comes to its cannabis industry, and some provinces tend to be more conservative than others, like Quebec.

“Over here, the way that our law was drafted, obviously we had to enter discussions with Health Canada because there were requirements from the Health Canada license. There is nothing in our law that says we have to discuss things with Quebec or enter into an agreement with Quebec.

“But to avoid any of the issues we have had with tobacco or alcohol or gas, this was the approach that was taken to protect our industry, community members and customers,” said Perron.

Another big problem that Kahnawake has faced in its bid to launch its own legal cannabis industry is banking issues.

Perron said that everyone entering the legal cannabis business has had difficulties getting banks to open new banks accounts. It is an issue that she herself is still trying to understand.

In terms of concrete next steps, Perron said that the KCCB would once again look at the dispensary regulations to see if final adjustments need to be made. Once they have been finalized, they will be posted online for 30 days for community review and feedback.

“Despite the ongoing discussions with Quebec, I think we need to move to finalize the dispensary regulations,” said the chief.

In terms of the day-to-day, KCCB chairperson Brandon Montour said that the board recently completed training pertaining to decision-making, writing and important principles that are required for the proper functioning of a regulatory board.

“We have been speaking of developing a memorandum of understanding for information sharing purposes,” said Montour.

“As an established board, the Kahnawake Gaming Commission has a lot of procedures in place that we do not have. The KCCB is still in its early stages and therefore has a lot to learn and gain from boards and commissions in the community.”

Since issuing a standard cultivation license, the board has not received another completed application, but Montour said that they have had many inquiries from community members.

“A few are close to completing stage one of their application process,” he said.

He also said that the board would be resuming its work on the regulations for dispensaries and medical cannabis because they want them to be enacted as soon as possible.

“In the near future, the KCCB will be expanding and putting out applications for inspection and compliance officers to ensure that licensees are respecting the enacted regulations and the law,” said Montour.

“More details will be provided when the positions are posted, but this will be an exciting opportunity for those with an interest in cannabis and regulation to get involved and join our office.”