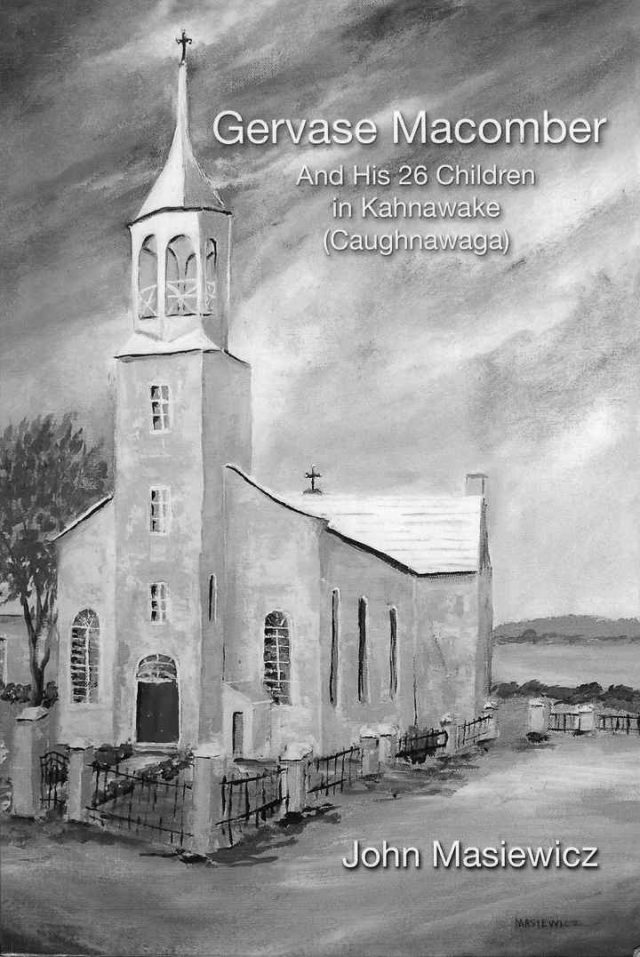 Like fingerprints, no two family trees are the same, and all require digging.

With modern software and available archive material, it has become easier and easier to trace your family back centuries through all the complicated roots.

Gervase Macomber and his 26 children in Kahnawake (Caughnawaga) (Self-published, $30), released last year, is the result.

The book is a thoroughly researched chronicle and archive of the Macomber family (later McComber), and an impressive feat.

“My intent is to share information I have accumulated so that others may benefit, and also contribute their findings to add to our story,” Masiewicz writes.

The author makes no claims about his expertise, and is humble and honest about accepting information or corrections from those who find errors in the book.

“It should be noted that I am not a genealogist or a historian, I am just an enthusiastic amateur,” he writes. “Are there errors? Yes, of course; and if you find I am wrong somewhere, please share your records with me, and I will gratefully correct mine in the next edition.”

The book explores Gervase Macomber’s (both names are spelled a number of ways in archival records) journey from Massachusetts to Kahnawake, and his marriage to three women – Charlotte Tsiononra Arakwente, Marie Angelique Giasson, and Hyppoline Vincent – and Macomber’s 26 children with the three women.

His latter two wives were, like himself, not Kanien’kehá:ka, though he lived in Kahnawake (Caughnawaga at the time) his entire life, as did most of his offspring from all three marriages.

Masciewicz, similar to Eastern Door historian Eric Pouliot-Thisdale in his “Our History” series, writes straight to the historical records. There is no editorializing, suggestions or theories derived from the data.

For example, the child of Agathe Macomber and Charles Gedeon Giasson reads, “Angelique Eulalie Giasson was born Aug 6, 1834 in Kahnawake. She died at the age of nine years old on Sep 29, 1843 in Kahnawake.”

There is nothing said about potential cause of death unless the record says so, as all facts come directly from the records.

The result is a type of panoramic view of the community and time where many children died in childbirth and the community was grappling with holding onto its roots, while incorporating modern or non-traditional practices.

Nowhere is this blend of culture more prominent than in Masciewicz’s section on Thomas Arakwente, father of Charlotte.

“Thomas Arakwente, a native resident, one-time chief, entrepreneur, trouble-maker, and devout Catholic, was notable during the controversial transition of Kahnawake from a tribal culture to a colonial British Law culture,” he writes.

Arakwente brought Macomber to Kahnawake from Massachusetts to work with him at Arakwente’s trading post, and seems a controversial figure from the time.

“His actions put him at odds with the chiefs for most of his life,” Masciewicz writes. “Thomas was among the first natives to appeal to British laws; and he resorted to British courts. This was unwelcome by Indians who opposed the application of English laws on their territory.”

According to the records Masiewicz dug up, Arakwente appeared in British courts more than 30 times for selling wood from the village to whites, and for selling liquor to Natives.

It’s a fascinating chapter that one would have little trouble comparing to today’s community.

The author will be at the Kanien’kehá:ka Onkwawén:na Raotitióhkwa Language and Cultural Centre April 13 to speak about his research as part of Cultural Awareness Month. It should be a fascinating discussion.

Masiewicz also published a companion piece Finding Your Ancestors in Kahnawake and Akwesasne that goes through the process of researching ancestry. Topics include tracing Onkwehón:we names, starting a family tree, and analyzing census material.

Gervase Macomber and his 26 children in Kahnawake (Caughnawaga)  is available at the cultural centre for purchase.