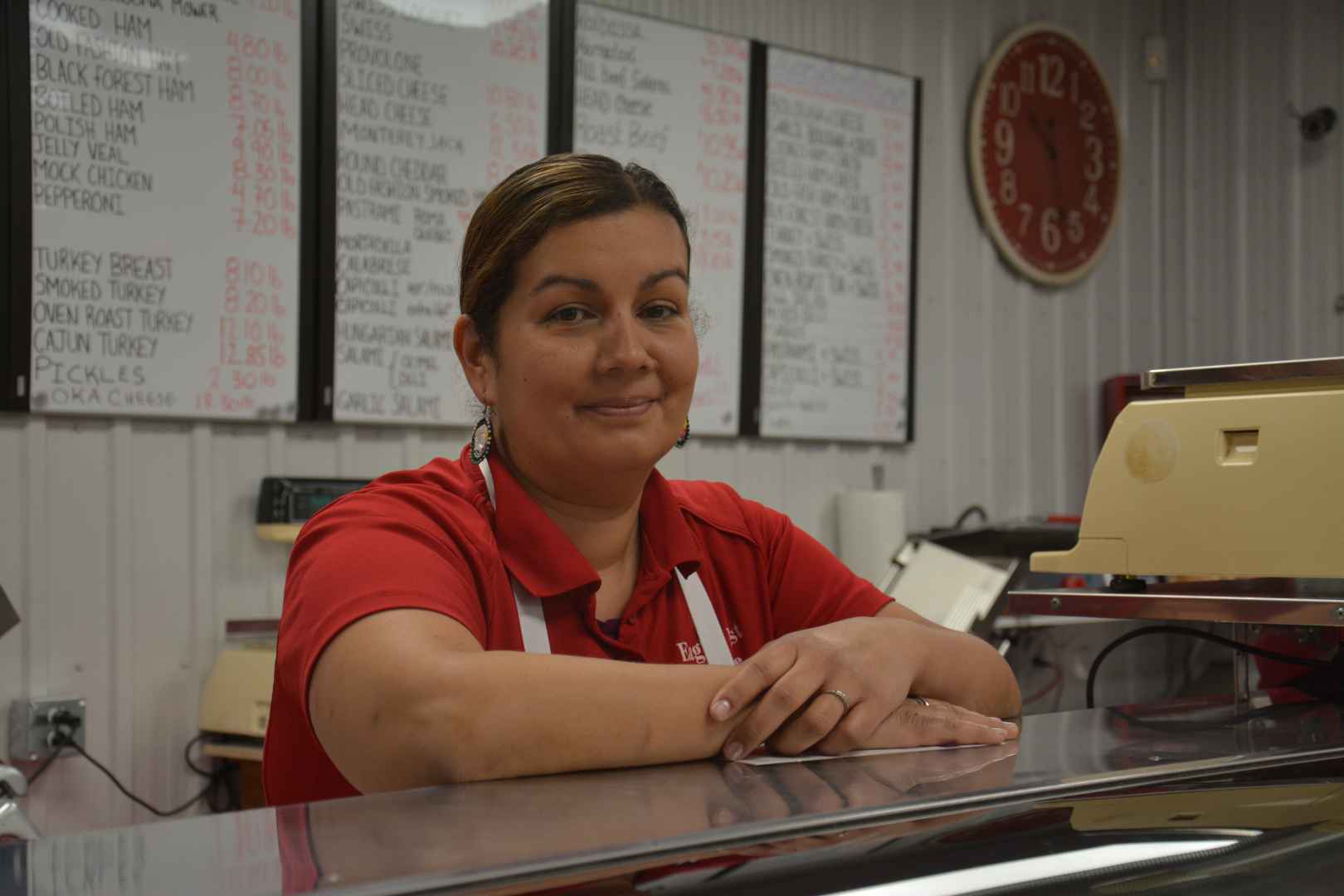 The meat packages say “Lafleur’s Meat Market,” and the family tradition continues at Eagle’s Nest Convenience and Deli run by Kiersten Lafleur-Diabo and Jay Diabo, a couple with convenience and meat in their blood. (Jessica Deer, The Eastern Door)

Walk into the Eagle’s Nest Convenience and Deli on Route 207, and you may think, ‘wait a second. Where am I? Didn’t Lafleur’s Meat Market close?’

“This is all his old counters, all his old stuff from the old store,” said owner Kiersten Lafleur-Diabo standing behind a meat counter that bears a striking similarity to the one her father Stephen “Skip” Lafleur stood behind for over half a century at Lafleur’s Meat Market on the Old Malone Highway.

Kiersten and her husband Jay Diabo revamped the Eagle’s Nest Convenience over the past half a year to include a fully functioning deli counter serving sandwiches, soups and, naturally, meat.

The idea to expand and continue the long tradition of Lafleur butchery at the location came fairly organically.

“When my father closed his business, I was like, ‘well let’s buy some of his stuff and maybe put it in the store,’” said Kiersten. “One thing led to another, and we decided to go for a loan and just rip the whole thing down and rebuild.”

The locale now has new floors and walls in addition to the meat counter.

One of her most impressed customers is Kiersten’s father, who is a regular at the location.

“Where she is here, she’s got state-of-the-art equipment,” said Skip. “The machinery she has for her refrigeration is unbelievable. It’s all the latest and the best. Everything that she has here is super. She’s poised for what I see as a very good opportunity to really make a go of it.”

“I put a knife in my hand last Thursday and it was as though I had never let it go,” said Skip. “It was just amazing.”

Deli convenience stores run in both sides of the family.

Jay Diabo’s grandfather Dominic Diabo also operated a grocery store in the village next to where the Kahkotsi:io Beauty Salon now is (which is owned by his sister Allison).

“It was right next door,” said Kiersten. “There’s a little, little house where it was. So we both come from the same background.”

When crews first moved in to tear down the old business, it created a bit of a shock.

“When we first tore it down, everyone was like, ‘what are you doing? Are you crazy?’” said Kiersten. “But we had a plan in our mind.”

The response when seeing the new store has been overwhelmingly positive.

Lisa Phillips lives down the street from Eagle’s Nest and is one of hundreds of households that will now be saved the trip to the village or Chateauguay for quick grocery purchases.

“I’m ecstatic about it,” said Phillips. “First of all because I was a long-time employee of Lafleur’s, and I know Kiersten. I went in there and looked at the meat counter, and they pretty much have everything that Lafleur’s had. In having it so close to my house, it’s just down the road – it’s awesome.”

Her father agrees that the new location is ideal.

“You don’t see too much coming down the 207, but the side roads, if you go in there, there are homes everywhere,” said Skip. “A lot of people have started building and they’re developing and it’s really quite nice out here, so she’ll pick up more and more customers.”

Kiersten and Jay also live in the area that is closer to Highway 30 than Kahnawake’s village area.

“That was a problem for us,” she said. “If it’s suppertime, and we have nothing to eat, I really don’t want to get in my car and drive that far. If we felt like that, we know a lot of other people felt that way.”

Skip added that customers from the previous location have already started checking out the new digs.

“I think that’s going to help her as well, all of the old guard coming back,” he said. “There are a lot of customers in town that we used to take care of, and I’m pretty sure they’re all going to be here because everyone’s asking about my famous roast porks. I think I’ll probably be here for the holidays, rolling roasts for her.”

To add to the sense of déjà vu, the stickers from the meat scale read “Lafleur’s Meat Market” because the couple bought Skip’s old machine. Kiersten was planning on reprogramming it before Jay thought to just leave it as it is.

“My husband was like, ‘don’t change it,’” said Kiersten. “Why mess with it? It’s a name that a lot of people remember.”

The couple may add seating for people to enjoy their sandwiches, soups and coffees.

“If it’s something where we could expand, it’s a possibility, but we’re going to take it from here,” said Kiersten. “Start slow and see where it goes.”

Sharing the pain of intergenerational trauma 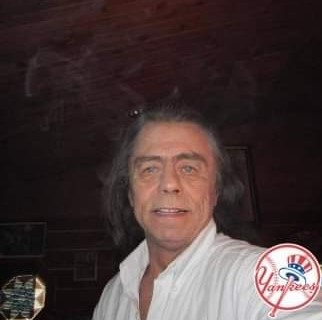 Ironworkers look back on seventy years