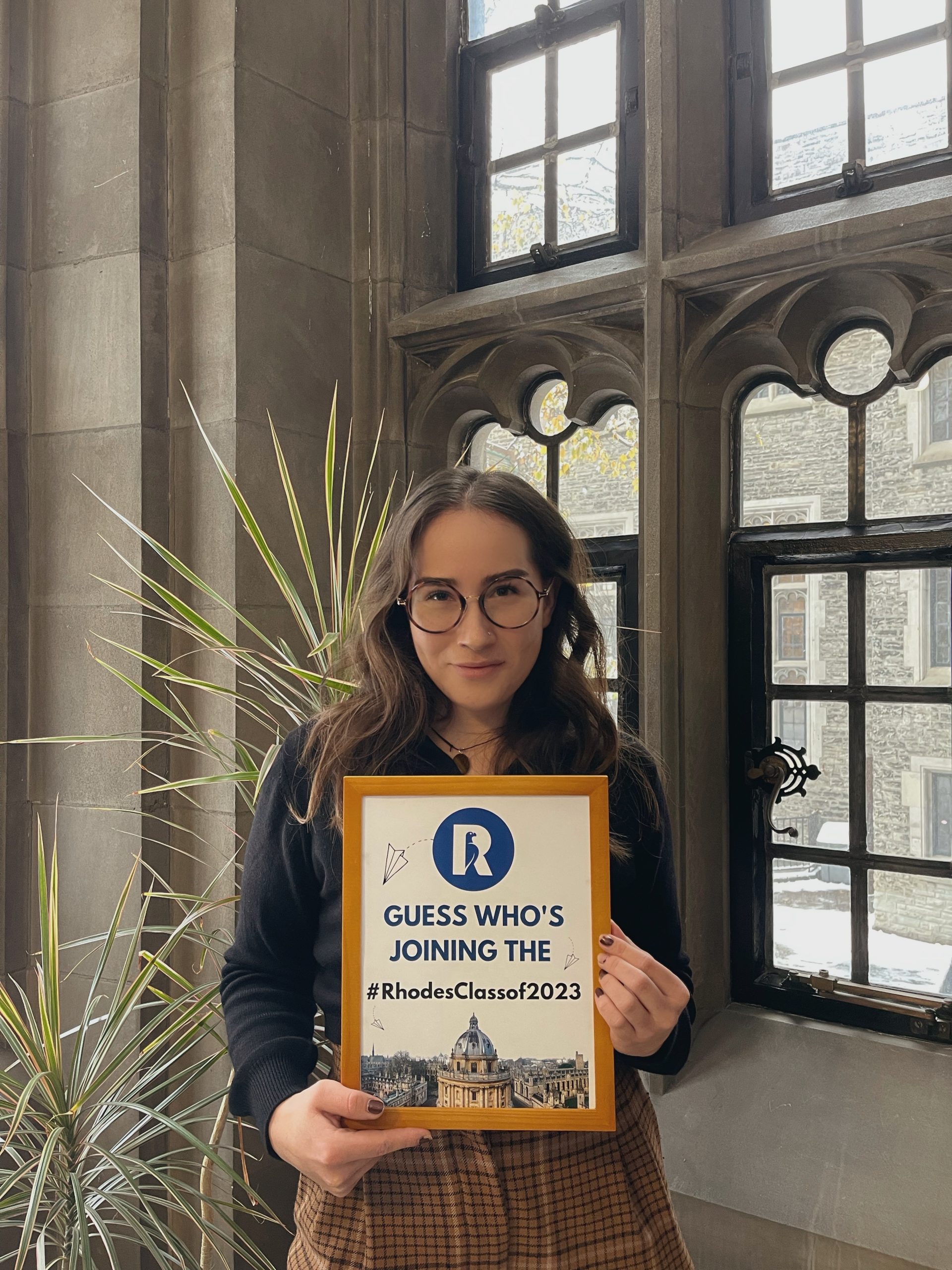 The Kahnawa’kehró:non is one of the first Indigenous women in Canada to receive the prestigious Rhodes Scholarship.

“It all still feels unreal,” said Patton, who remembers exactly where she was when she got the news – the hallway of her apartment building.

After a rigorous monthslong nomination and application process, she took part in the final interview last Saturday morning.

The Rhodes Scholarship representatives said they would call her in the evening to let her know whether she received it or not.

Convinced she wouldn’t, she decided to “go out with friends to take her mind off things.”

Then the phone rang just as she was walking out the door.

“I was fully expecting them to say ‘Thank you so much for applying, unfortunately…’ but the first thing they told me was ‘Iako, you are on speaker phone,’” she said.

“And that was when I knew.”

“The trajectory of my life changed in that moment, a lot,” Patton said.

“It was so many emotions at once.”

She had been planning on applying to a direct-entry PhD program at the University of Toronto or Yale, but instead she is one of only 11 Canadians heading to Oxford University in England with a full scholarship under her belt for a graduate degree of her choice.

“The Rhodes Scholarships are awarded in an intensely competitive (countrywide) selection process – one that seeks high and proven academic potential, real leadership in the community, and commitment to ‘fight the world’s fight,’” said Richard Pan, the national secretary for the Rhodes Scholarships.

As a recipient of one of the world’s most eminent scholarships, Patton is joining the ranks of former U.S. president Bill Clinton, Canada’s deputy prime minister and minister of finance Chrystia Freeland, and the famous American astronomer Edwin Hubble.

Past Canadian Indigenous recipients include Jennifer Welsh, the Canada 150 research chair in Global Governance and Security at McGill University, and Billy-Ray Belcourt, assistant professor in the School of Creative Writing at the University of British Columbia.

“For my part, Iako’s application stood out for her outstanding academic performance, intellectual clarity and breadth in a demanding university program, her desire to contribute to the broader community,” Pan explained.

“And her desire to make a real and lasting impact in the future.”

Never having lived outside Kahnawake, Patton was nervous to pursue a degree in art history at the University of Toronto.

But soon she carved out a place for herself at Victoria College with the incredible support of the faculty and professors.

“I could not ask for more,” said Patton.

“I’ve always loved art for as long as I can remember and merging history and art felt so natural when I found that I could study art history at the university level,” said Patton.

As an Indigenous woman, she says it’s important to do this work for the generations to come, and has every intention of getting her PhD in art history.

“It’s really important to me that I do this research because it’s only in the last two years that I’ve seen Indigenous scholars in my own field in anthropology.

I don’t know of any Indigneous art historians.

It’s important to me that I’m doing this work because I know that it will possibly be seen by other Indigenous youth and women,” said Patton.

By all accounts, Patton is determined.

Her success comes as no surprise to those who know her.

The news was “mind-blasting,” said Meloche.

When asked about her journey to this point, both parents were quick to point out how hard-working she is.

“Iako is a very bright girl, and her work ethic is her biggest attribute,” said her father.

“It runs in the family,” Meloche continued, noting Patton’s four grandparents were all “incredibly determined.”
From the time she started nursery school, Meloche always insisted that education was the most important thing in her daughter’s life.

This had a lasting effect.

“The main reason why my education is so incredibly importantto me is because of my parents.

I’m grateful that they’ve fought, prioritized, and advocated for my education since I was in elementary school,” Patton explained.

Growing up, Patton was always ready to meet any challenge that came her way.

After elementary school, her parents enrolled her in private school in downtown Montreal.

With Kanien’kéha firmly under her belt as well as some English, Patton suddenly had to add two more languages to her repertoire: French and Spanish.

While these early years saw some highs and lows, her parents always encouraged Patton to do her best.

By all accounts, this paid off, as Patton graduated with honours from high school before moving on to Marianopolis College.

The rest, as they say, is history.

“You have to teach them to believe in themselves,” her mother said of the hard times.

“You just have to teach them to get up and go”.

As for Patton, she plans on taking advantage of every opportunity that comes her way.

She encourages First Nations youth in her community to do the same.

“I want them to know that if they’re passionate about something, especially academia, there are avenues, ways, and people to support them through their journey,” she said.

“Iako is a remarkable role model for others,” said Pan. 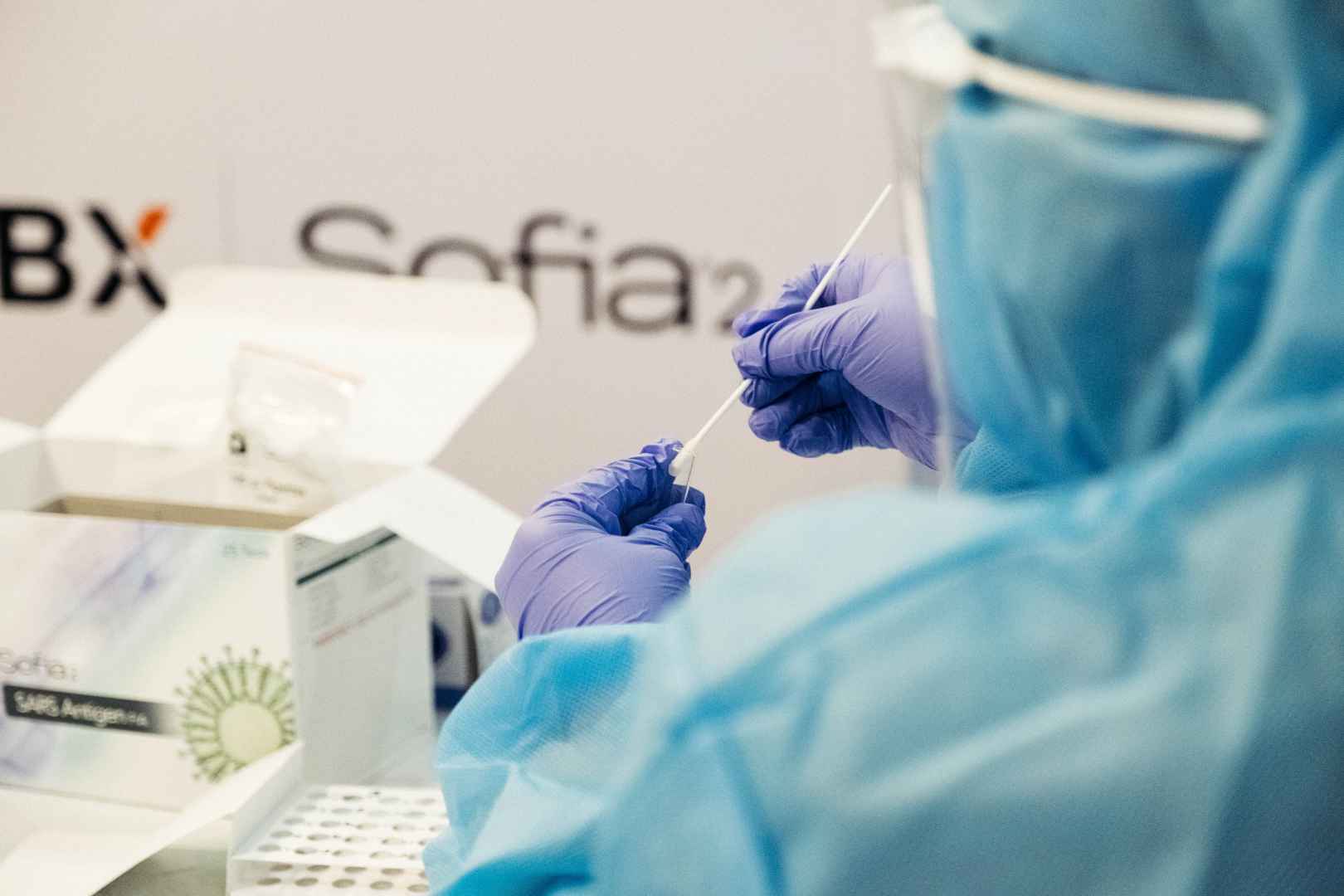 A tribute to our tireless, hard-working nurses