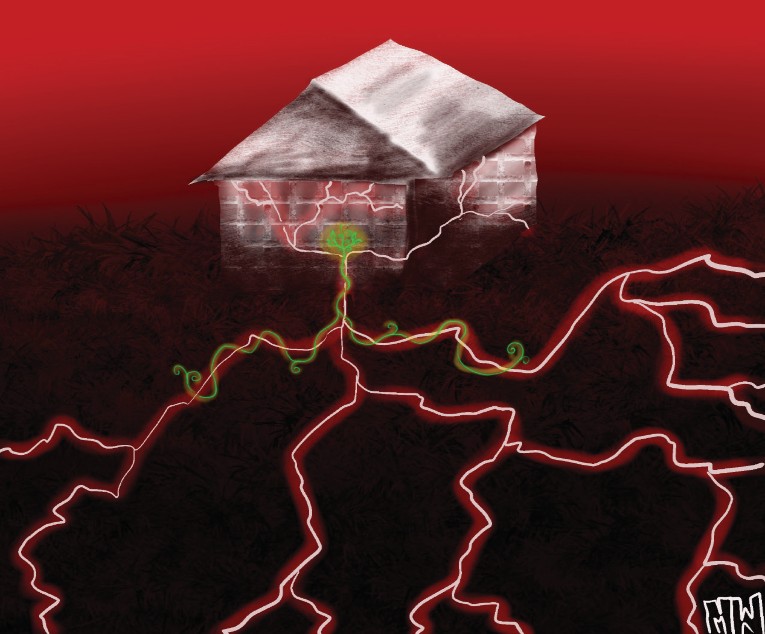 The housing investigation is over, and many are left shaking their heads after no charges were laid.

It’s pretty crazy when you think about it – spend four-and-a-half years investigating a huge theft of hundreds of thousands of dollars, which probably implicates multiple people – and you come up with insufficient evidence to prosecute?

Part of the reasoning was that some of the housing debt collection came in in various ways, without any trace, and it was near impossible to ascertain whether people paid or not, they said.

Well the money is missing – a lot of it – so why did it take that long for the Peacekeepers and outside agency UPAC (Permanent Anticorruption Unit) to figure out they were chasing a ghost?

You could hear hints of it in the press conference last week.

They knew money was stolen, they pointed to certain positions that could have pulled it off, but they stopped short, of course, of naming certain people.

They would get sued, no doubt. But they know who was involved. So that’s it?

Housing is done, money is gone, crooks get away with it, and average folk paying double for their homes due to huge interest rates over 25 years- plus are left on the hook?

Not really fair, is it?

We will go back to the length of this investigation and ask again – why did it take so long to come to a dead end?

Was there really that little evidence that they couldn’t have tried to convince a judge to convict?

So the prosecutor just gave up? Everything adds up to a crime, yet no one is culpable?

It happens, sure, but the emotions on this particular case have gone through the roof.

People were talking civil suits, public inquiries, and all kinds of things out of anger because they just can’t swallow how it all went down.

We weren’t behind the scenes so there are obviously things we don’t know, but we do know that a missing $695,000 (probably more) and a near five-year investigation doesn’t add up to zero.

What kind of faith do people have moving forward?

It isn’t the first time theft at a public institution has happened, although the difference between some of those and this one is they got charged.

The similarities, however, are not everyone was charged in other instances here. Others got away with theft in this town as well.

And we will go out on a limb to say it won’t be the last time we see people trying to grift the public purse. It’s in people’s nature.

If it’s too easy, many people will just go ahead and do it, thinking they’ll never get caught.

For housing, that’s the lesson learned. You have a 50/50 shot if you steal. That’s better odds than the lottery.

But what is that telling our children?

Mechanisms put in place now with local organizations will only go so far, as people who want to get around the powers that be, and eventually the law, will find a way.

Something else that came out of this is the exorbitant interest rates paid by locals. No one should pay double what they initially borrowed.

Competitive and fair real-estate transactions, especially for lower-income families, need to look at helping the person to own their home affordably, not the powers that be to get richer.

Mortgages on reserve are a mess no matter how you look at it, and if we had another 10,000 words to write, we could tackle how much of a disadvantage we all have, no matter how much or how little we make.

This scandal has left so many disgusted by how things went on and on for so many years, how the Mohawk Council never caught on, how directors, managers, and other staff turned a blind eye – or worse.

It has left a bad taste in everyone’s mouths and although we have watched heads roll since the beginning in 2018, we’re hopeful more will come of this so people feel that justice was served, and not just told to shut up.

Keepers of the Earth: Continuing to stand up