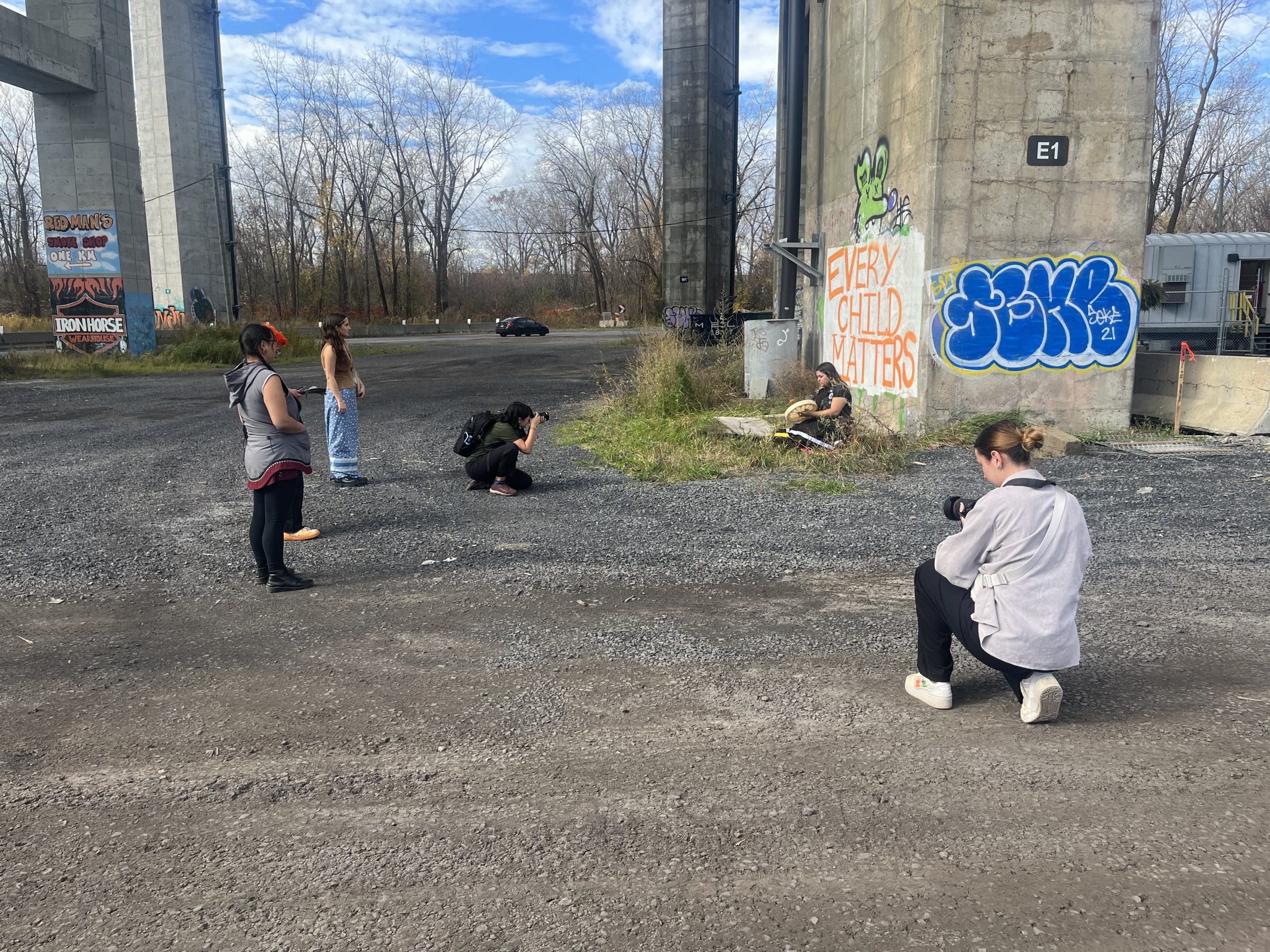 Iohserì:io Polson has experience in the performing arts, but she had never given much thought to getting into film.

That is, until she learned at the last minute that the New Zealand-based Māoriland Film Festival was coming all the way to Kahnawake to host the Through Our Lens film workshop for Indigenous youth from October 25-26.

Before she knew it, she was learning to storyboard, dreaming up ideas, filming, and editing – all in Kahnawake and all in two days.

At 6 p.m. on the second day, her group’s short film Indigiqueer was shown alongside others at the Kahnawake Office Complex.

In 2023, the films will be screened at the Māoriland Film Festival in New Zealand, and all the participants have been invited to attend.

“It’s not very often you have an opportunity where you can try something like that,” said Polson, a 23-year-old First Peoples studies student at Concordia University.

“Theatre wasn’t doing it for me, but now film feels a lot more of a direction that I want to go in because of this program.”

The workshop was three years in the making, having been derailed by the pandemic in 2020.

“It’s incredible to see the support that we’ve had, the excitement from all these youth who haven’t made films together,” said Kahnawa’kehró:non filmmaker Courtney Montour, the project’s producer. “I mean, everyone just hit the ground running. It’s exciting to see that their stories matter and that they’re all creative.”

She emphasized the importance of giving Indigenous youth the opportunity to get exposure to activities like these.

“I do a lot of filmmaking initiatives, not just in Kahnawake but other communities, just to honour perspectives, show people that their voices matters, and that they can do this. They don’t need experience to get into the industry,” she said. “Uplifting the next generation of storytellers is something that’s really important to me as a filmmaker.”

The Māoriland Film Festival has hosted the workshop in places as far flung as Finland and Hawaii. This was the first time the festival – named for the Indigenous Māori people who make up more than 15 percent of New Zealand’s population – made its way to North America.

The group from New Zealand was treated to some excellent hospitality, staying at the home of Brooke Rice, who helped support the project. They enjoyed moose meat and vegetables grown in Rice’s garden.

The group also got to visit the Longhouse. “We were almost crying, bawling our eyes out just seeing all the different generations participating in ceremonial and traditional dance,” said Kapa.

She noted that the local Indigenous youth showed an impressive grasp of storytelling.

“A lot of the time we find that we have to kind of encourage youth with ideas and just momentum in terms of working,” Kapa said.

“The youth here are very lively. They’ve got a bunch of ideas. They’re very proactive as well.”

The art of burlesque dancing for Standing Rock