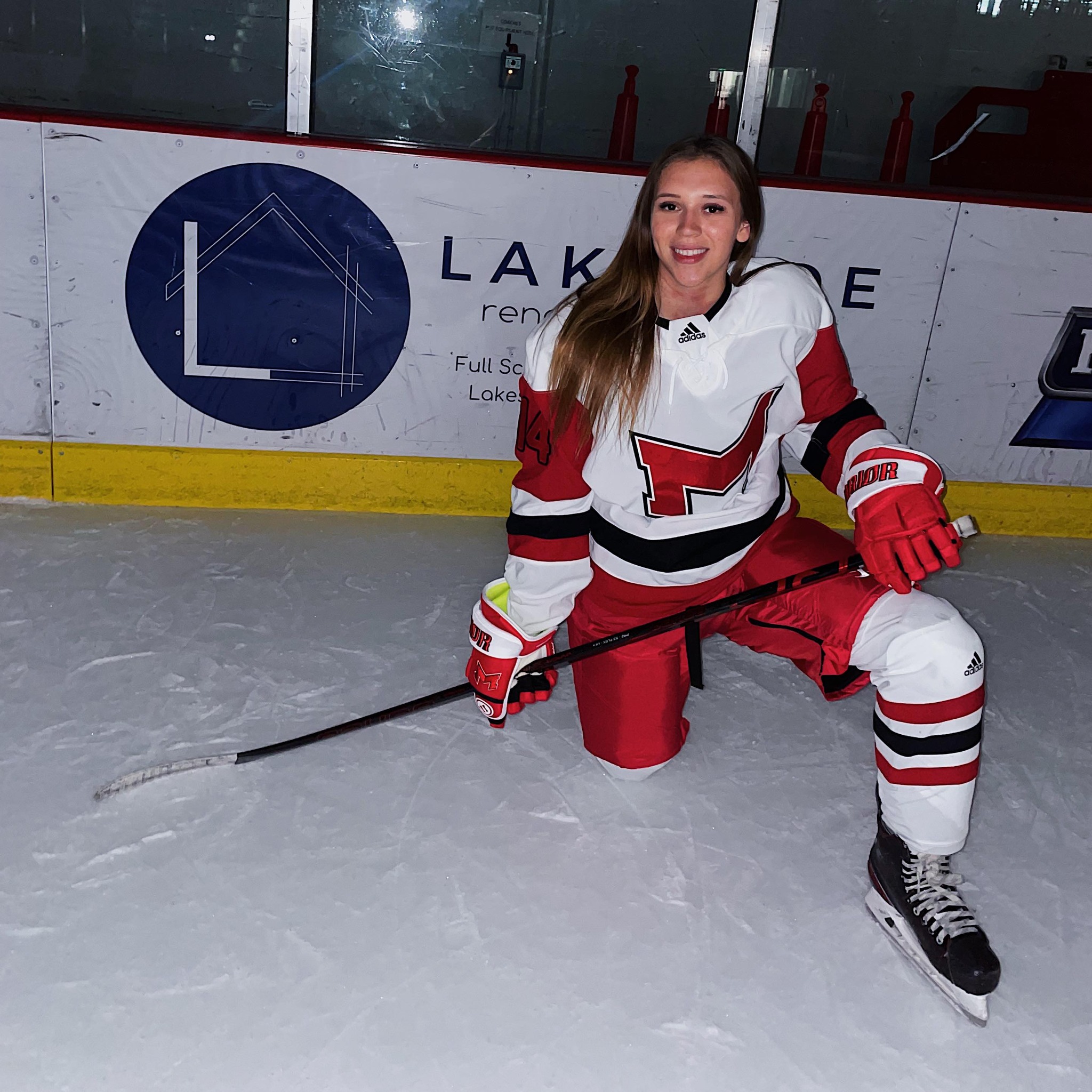 By the end of her four-year stint with the Dawson College Blues women’s Division 1 hockey team, Kyla Morris felt at home as a leader on her squad. But it wasn’t always like that for the Kahnawa’kehró:non.

Morris had a tough transition to the Blues, struggling for playing time and to mesh with the team’s culture. As she prepared to start as a rookie all over again on the W1 Maryville University Saints in Missouri this year, Morris couldn’t help but worry a little that history would repeat itself.

“I was a little bit nervous to have the same experience, but here it hasn’t been the same,” she said.

Amid all the chaos of moving away for the first time, getting to her dorm only two days before classes, and practicing with the Saints from the get-go, Morris has stayed centred.

She went into the season’s opening weekend with an ambitious goal – to score. On the bench, her line discussed a game plan.

“We speak a lot on the bench, and I communicate a lot with my line, so that’s really good. I really like playing with them so far,” she said.

The players planned for Morris to lose the faceoff and push the puck forward, but when it came time to execute, the puck got stuck in the referee’s skates. Morris took possession and cycled the puck.

Finally, playing a two-one-two, one of Morris’s teammates sent her the puck while she was in front of the net, and she snapped it in. She jumped up and down on her skates and hugged her teammates.

“I’ve never seen her celebrate the way she did on her first university goal, so I know how happy she was,” said her father, Martin Morris, who saw the goal on video.

“She is really dedicated to her sport and it makes me happy knowing she’s happy succeeding in what she loves,” he said.

The big moment came in the second game of the season, a 6-3 win against McKendree University. While Morris was excited to get her first goal out of the way, there was no big relief that came from it.

“My confidence is only getting higher, which is something I need in my game because it’s something I always lacked,” she said. “This year, I’m really doing well with that. I feel like I deserve to be on this team. I feel like I’m here for a reason. I just have that in the back of my head and I just keep thinking that way.”

It’s not only hockey that’s going well – Morris is enjoying her four courses and feels comfortable in the university’s small classes. Her exercise science class has only seven students, she noted.

The Kahnawa’kehró:non acknowledges she misses home, but she has long prepared for the reality she is now living.

“I think I’ve been ready for it for a long time because I’ve wanted to do this since high school, so I think mentally I was always kind of ready to go away and go to school, to go play hockey,” she said.

The 1-0-1 Saints play their next game tomorrow, October 1, at 6:20 p.m. against Lindenwood University.

Smallest superstars in the making take the ice

Survival and Kuper playoffs await girls on the pitch