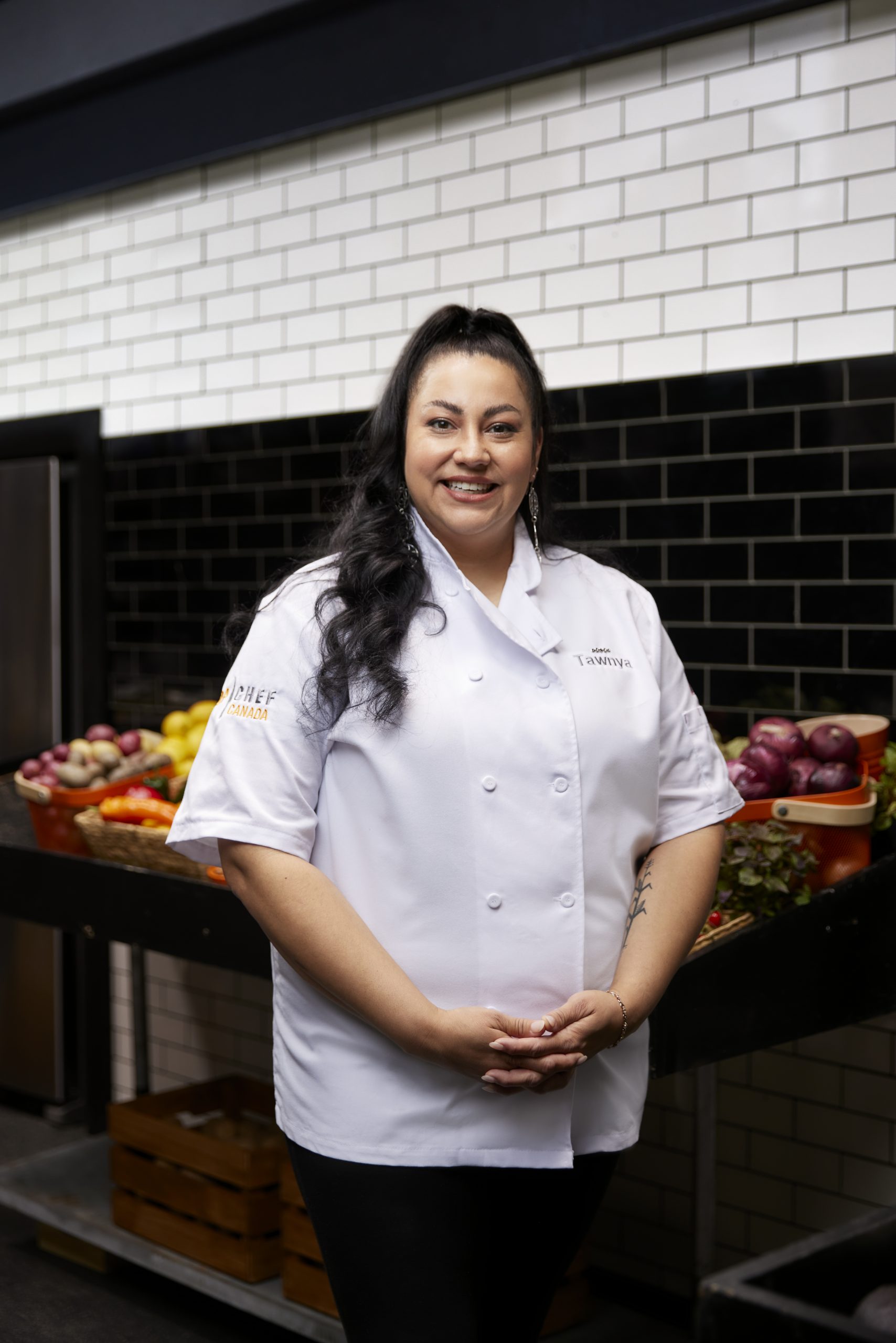 Kanien’kehá:ka chef Tawnya Brant of Six Nations was not the only chef who arrived on the set of Top Chef Canada with a personal pantry containing some treasured ingredients from home.

“Everybody that brought stuff literally brought stuff from whatever their culture was,” Brant said. “It was a cool opportunity for chefs to learn from chefs, and we don’t get enough opportunity to do that either because we all work 100 hours a week.”

It was a small moment that captured one of her goals as a chef – promoting the Haudenosaunee food culture that she works tirelessly to preserve and revive. She does this in large part through her restaurant Yawékon in Ohswé:ken, where she takes pride in contributing to the health and well-being of her community.

“It’s something recognizable. Children will try it. But it’s also getting our palates used to going back to what it is we originally had,” she said.

She spoke about the importance of understanding the history of Haudenosaunee foods, the way the culture around it has survived famine and genocide, and the joys it has brought as a labour of love.

“You don’t know how beautiful something is until you know the story of it.”

Brant, who has worked in kitchens since she was 12 years old, tried going to school for archeology, but she found it didn’t suit her. Instead, she went to culinary school, which she left to dive straight into the industry.

While she spent years working in kitchens off the reserve, she never forgot the worldview instilled in her by her mother, Terrylynn Brant. “I think she was one of the biggest contributors in my career,” Brant said of her mother.

“(I reminded them) to appreciate the fact that they’re here, and that they should hold sacred from the Creator the personal gift that he gave them, which is their gift of cooking,” Terrylynn said.

She chose to raise her daughters in a home that didn’t have running water or electricity; she taught them to garden and value traditional ways.

“I wanted them to grow up with a sense of just continuing in the gifts that the Creator gave them, you know, and that’s what they’re doing,” she said.

Terrylynn is proud that Brant is able to use her cooking talents to benefit the community and run her restaurant and interactions with her staff in a way that reflects Haudenosaunee values.

“I’m really happy that she does it in a way as if she was still cooking at the Longhouse,” said Terrylynn.

“You won’t see no chef Ramsay swearing at people from Tanya. Those kind of western acceptable ways of doing things aren’t acceptable in our culture and our heritage,” she said. “So it’s nice that Tanya has an opportunity to be out there in the world to share the way we do things.”

While Terrylynn is clearly a fan of her daughter’s, it’s not only family that appreciates Brant’s cooking.

Tim Reynolds ranks Brant’s food alongside the best he’s ever had. He still remembers his first meal at Yawékon – elk chimichangas.

“I dare anyone to remember their first meal from a restaurant, your experience for the first time,” Reynolds said. “I remember mine. I think that’s a statement in itself.”

He predicts Top Chef Canada will be great exposure for the restaurant.

“It’s definitely a revered competition in the industry,” she said. “Now having done it, I can see why it is.”

Those interested in watching Brant compete can catch the premiere of Top Chef Canada season 10 on Food Network Canada on September 26 at 10 p.m.

Missing and murdered, not forgotten