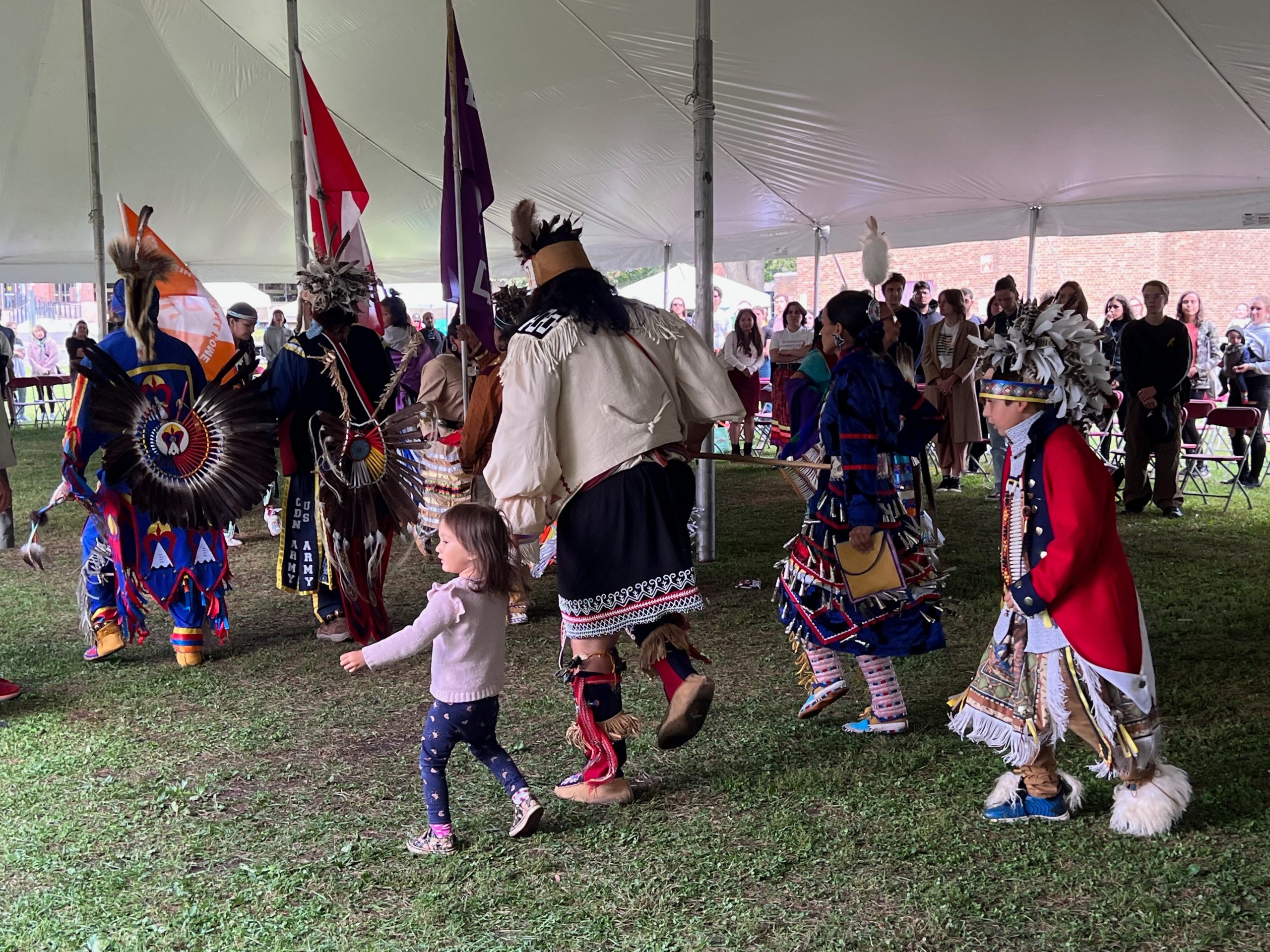 At the Concordia University Loyola campus in NDG, students and faculty attended the first powwow on campus, as the educational establishment makes efforts to increase Indigenous culture and tradition.

For many, the event was a chance to witness throat singing, jingle dancing, and drumming between classes, with many students reporting professors had sent them to the powwow in lieu of an inclass lecture.

“The whole purpose of the powwow that took place on September 16 was (to mark) our first major event to commemorate the Otsenhákta Student Centre’s (OSC) 30th anniversary,” said Katsistohkwí:io Jacco, interim coordinator of the (OSC), adding that the event was also a chance to celebrate and bring together First Nations, Inuit and Metis students.

The OSC supports Indigenous students at Concordia, offering them community and assistance in finding resources to succeed academically.

According to Jacco, the administration is planning on making the powwow an annual event, but no formal announcements have been made as of yet.

Concordia alumni Corey Thomas, who works as a transition coordinator and connection to community worker at the First Peoples Justice Center of Montreal, said the Indigenous-led powwows such as this one can help empower Indigenous Peoples and elevate community services.

In his own work, Thomas helps those getting out of detention reintegrate into society, mediate negotiations with the police, and access different services for their wellbeing, as well as helping people get rid of tickets, such as panhandling or loitering, through compensatory work or community work.

During the event, Thomas and his co-workers shared a table and spoke to various students and attendees about the organization and the problems surrounding Indigenous incarceration and criminalization. For him, the powwow at Loyola is a crucial way of making connections and educating others on the Indigenous struggles and support organizations.

“We were not allowed to participate in the past – we weren’t able to. We didn’t have a seat at the table when it came to education or helping our own people through these issues,” said Thomas. “And there are so many people here who are getting training to be able to do that, and are getting training not only from institutions, but getting trained by other Indigenous peers.

“It’s like in the next decade, they’re going to be the ones that are influencing all the decisions that happen in this country,” he added. “So for me, I want to talk with any of these students that are here right now at the powwow… It is way more important, if we’re gonna be honest, than talking to any politician or government worker that exists today within our system.”

Don Barnaby, who is Mi’kmaq and lives in Kahnawake, danced at the powwow in full regalia. For him, the event sparked hope for the future, and healing for the community.

Throughout the day, the announcer spoke on the traditions and different ceremonial rituals, at times inviting non-Indigenous people to participate in the dances and games. Meanwhile, students lined up to learn about different organizations and buy Indigenous artwork and jewelry.

“There’s just so much healing that’s going on at a time in our lives where there’s been a lot of pain and hatred and negativity. We can come here and share something that’s really close and personal to us. And we get to share it with strangers,” said Barnaby.

He added, “They’re just like friends or family that I haven’t met yet.”