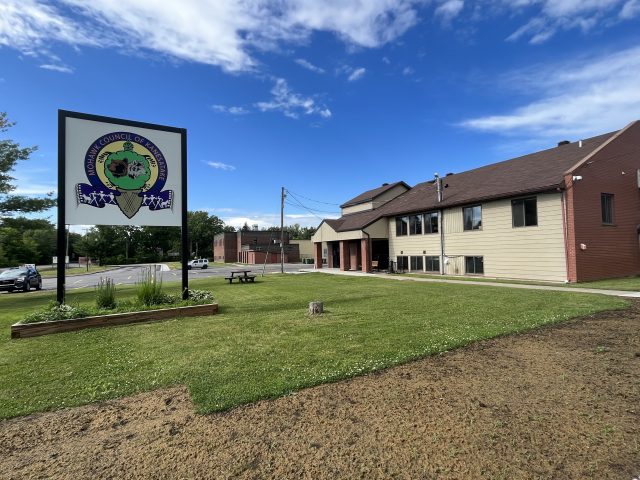 The situation between elected officials at the Mohawk Council of Kanesatake (MCK) appears to be unravelling. On Friday, September 16, another altercation occurred that led to the arrest of chief Brant Etienne for allegedly assaulting chief Valerie Bonspille.

Etienne and chief Amy Beauvais told The Eastern Door that this latest incident was sparked by the dismissal of a Council clerk that also happens to be grand chief Victor Bonspille’s wife, Karen Heidinger.

“A lot of it ties back to the clerk of the Council. It was our mistake to allow the hiring of his wife to proceed,” said Etienne.

“We knew for a fact that there were complaints against her. And yet she still got the job somehow. There’s been a lot of rudeness, lateral violence, misinformation, and generally poor quality of work as well.”

Sergeant Marythé Bolduc, a spokesperson for the Surete du Quebec (SQ), confirmed that the SQ did intervene at the Mohawk Council of Kanesatake’s office on the date in question. However, she said that the SQ would not be commenting further on the matter, citing confidentiality reasons.

According to chief Etienne, the chiefs on Council tried to address the issues about Heidinger multiple times, but it was always blocked by the grand chief.

“It doesn’t matter what reasons we put forward. There was yelling by these people, and that’s not acceptable in our anti-harassment policy. They’re rude. They’re not doing their job properly. They are utilizing band council materials for personal reasons,” he said.

“We had a (email) thread going on informing the entire Council about what the meeting agenda was, it can only be one item, and it was regarding the employee issue,” said Etienne.

“Victor and Valerie responded. Human Resources (HR) was aware of this. And there are 50 responses. A lot of it is from them,” he added. “They knew about it, and they chose not to attend the meeting.”

During the special meeting, which took place at around 1:30 p.m., a quorum of chiefs voted unanimously and passed the motion to terminate Heidinger’s employment from the MCK.

Beauvais said the chiefs consulted with a labour lawyer prior to the meeting. “We made a request to HR, but they have had to deal with so much intimidation that they couldn’t. So that’s why we took it upon ourselves,” said Beauvais.

Etienne said that the chiefs were worried that Heidinger’s termination would cause another “blow up” at Council, so once the meeting was over, they all left for the day except for Etienne, who stayed behind to finish paperwork related to the termination.

“Turns out that Victor was in his office, and he came out and started yelling,” said Etienne.

The chief explained that he immediately started recording on his phone because he feared for his safety.

He said that at some point, chief Valerie, Heidinger and Shirley Bonspille (the sister of the grand chief and chief Valerie) appeared from the hallway.

Etienne declined to provide further details relating to the incident citing the involvement of legal authorities.

However, he said that chief Valerie alleged that he assaulted her and called the SQ.

The Eastern Door contacted chief Valerie and the grand chief, but they both declined to comment.

“They said that she was charging me with simple assault,” said Etienne.

He drove to the SQ station and was released without condition after about 45 minutes.

“My windshield was busted at the beginning of this term. Threats have been muttered against me. My family is worried. They’re worried, but they’ve seen what’s been going on this year. So they’re not surprised,” he said.

Etienne lives with his younger sisters and is the breadwinner of the family.

“I heard that audio, and I can tell you that the allegation of him attacking or even harassing any of them is false,” said Beauvais. “But I was just stunned that they could even think to call the cops when they were the ones that were being aggressive and demeaning and committing lateral violence against him.”

The chiefs recounted that on Tuesday, Heidinger showed up to work and that the grand chief stated that she was still an employee of the MCK.

“Because HR was under such undue stress and harassment from Victor, we sat down (on Tuesday) and had a conference call with them and the labour lawyer and any concerns were addressed,” said Etienne.

Etienne said that during the conversation with the lawyer and HR, they discussed the impact and effects of the toxic work environment on MCK employees.

“The significant issue is that Victor and his sister don’t follow any rules. They make it up as they go along,” Etienne added.

“They believe that because they’re in the positions that they have, they have carte blanche to do whatever they want. And if you go against them, they’ll get their family against you. And they’ll call their friends to go against you,” he said.