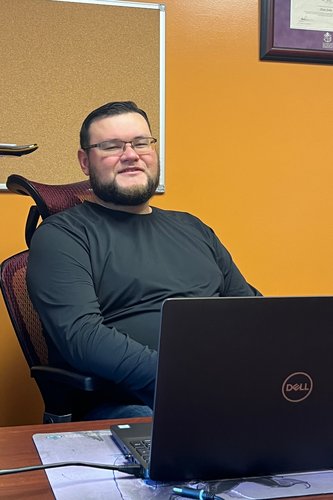 Chief Alan John Rice has stepped down from the Mohawk Council of Kahnawake (MCK), moving to a new position as MCK’s executive operations officer.

Rice will replace Kevin Kennedy, who recently retired from the role after several years of service.

He is expected to begin his role in mid-October, as the MCK irons out details of the transition following Kennedy’s departure and prepares to hold a by-election for Rice’s Council seat.

After Rice officially relinquishes his seat, the MCK will enact Section 34.1 of the Kahnawake Election Law, which notes that a by-election should be called two weeks following the nomination of new candidates for Council chief.

Rice has previously served as general manager of the Office of the Kahnawake Kanien’kehá:ka Registry for three years, and has grown up around the MCK.

“His dad was a Council chief,” grand chief Kahsennenhawe Sky-Deer explained. “His mom was the previous executive director of the Mohawk Council of Kahnawake… He definitely has some foresight, even at home, in terms of support and understanding for the role that he’s taking on.”

“He’s had experience in administration in the membership office before,” Marquis explained. “He’s not new to the administration and all the processes that we need to follow on this side of the MCK.”

Marquis believes that Rice has proven himself in his previous roles, and noted that “he’s a do-er. He likes to get things done.”

Similarly, Sky-Deer commended Rice’s service, noting that “he’s a genuine guy. He cares about the community. He’s definitely passionate about the work that he’s doing… He will surely be missed at the Council table.”

Rice recently led the portfolio of Community and Social Affairs on behalf of the Council, working on housing units, sports and recreation, child services and other social aspects. He has also been involved in the Administrative Affairs and Environment portfolios.

“I was a bit torn before applying for the job,” explained Rice, noting that leaving his role before his term was up was a conflicting decision. “I did want to remain on Council for the remainder of the term, and I know people did vote for me in order to do that.” However, Rice noted that he “couldn’t let this job pass by,” and explained that “it’s too important of a position to have someone else take it. I think that I’m the best person for the job.”

Rice noted that since his new role will not begin until at least a month from now, he will have some time to arrange the files and portfolios that will be transferred to his successor, and to wrap up remaining projects.

Marquis remains confident that the transition will be smooth ahead of the by-election, and commented that she was “confident that the community will make the right choice” in electing the next chief to take over from Rice.

Sky-Deer optimistic, also remains noting that “this Council has been functioning well as a team, there’s a lot of cohesion, there’s a lot of positive energy.” She said the Council is open-minded about welcoming the next person that will take over Rice’s role.

“Maybe it’ll be someone new who comes along, or maybe it will be somebody who previously served on Council,” she said. “They will come in and get on the board, and fit right in with the atmosphere.”

For some, it is disappointing for an elected official to break their term in office before it’s complete. Rice acknowledged that some community members may have mixed feelings about his transition to his new role.

“For those people, I just say, if you voted for me, I thank you and I appreciate it. If you have the confidence in me to do this position, I thank you,” he explained.

“I apologize if I didn’t meet those expectations because I didn’t stay for three years. In a perfect world, this job would be available 20 months from now. But it’s available now.” Rice will have served in his role for 15 months of his three-year term by the time he leaves office, under half of the expected term.

Rice also explained that his reasoning for wanting to be executive operations officer is the same as his initial reasoning for applying to Council: “I ran for Council to serve my community,” he said, “and I will be doing the same thing, just in a different capacity in this (new) position. And I believe I will be more effective in this position.”

With Rice ending his term early, the MCK has limited time to prepare for the by-election. However, Marquis assured the community that the Council is already making preparations for a smooth election period.

“We’ve already begun planning and coordinating for the election process so that it runs seamlessly and efficiently,” she said. “The office of the Council of chiefs already has a set onboarding process. So whoever is selected as the new chief will be in good hands.”

Acknowledging the high expectations of the community, Rice expressed excitement for his new role.

“I’m actually excited about being able to build on successes we already have,” he commented.

“Our community already has a very high expectation of our service output, so I’d like to build on that and just continue to create more and offer better services to our community.” 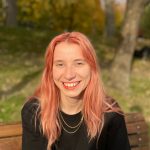