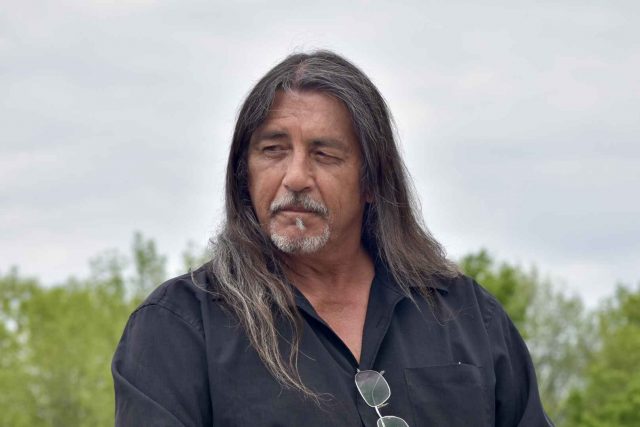 Two members of a newly-formed appeal board – enough to form a majority – publicly agreed with a Facebook post criticizing Serge Otsi Simon’s candidacy for the Mohawk Council of Kanesatake (MCK) by-election and the by-election’s timing in general.

The appeal board sweeping powers to disqualify candidates and invalidate election results if it rules that the Custom Electoral Code is violated.

Simon, the former grand chief, was the target of 11 contestations submitted by Kanehsata’kehró:non, all of which were judged not to undermine his eligibility by chief electoral officer Maris Jacobs of PlanIT Consulting & Communications, a project development firm.

Any appeal of the CEO’s judgement or of the election itself would be decided by the appeal board, which has final say according to the Custom Electoral Code that governs the election.

“Our job was just to put out the call for appeal board members, to form that appeal board,” said Jacobs. “We were surprised that we did, considering they had a hard time last time to get any interest.”

Eligibility for the appeal board is simple: eligible electors of Kanesatake Mohawk ancestry who demonstrate a sincere interest in participating can sit on the board. If members feel they have a conflict of interest when presented with an appeal, it is incumbent on that member to volunteer this information.

The electoral code seems to indicate appeal board members should be selected at a public meeting, but PlanIT interpreted this as a necessity only if more applications are received than vacant spots. Jacobs could not be reached for a followup to clarify this by deadline.

The appeal board will include Mary Hannaburg, Gabrielle Lamouche, and Eugene Nicholas as core members and Barry D. Bonspille and Shelly Simon as alternates.

Lamouche replied “Agree fully,” and Nicholas “Agreed!” to an August 31 Facebook post accusing Simon of sowing division and stating an election that should not have been called before the closure of an investigation into the Emergency Response Unit (ERU), the body created to manage the pandemic, which was accused of financial mismanagement and greed following a forensic audit released this summer.

Simon has defended the ERU and had some oversight over the ad hoc group when he was MCK grand chief.

“All I can say about the appeal board is that although it’s part of this electoral process, it does show us once more the holes in that process that need to be repaired,” said Simon.

“The fact that four out of f ive of those committee members have been my biggest detractors for years on social media and at public meetings shows how much of a joke our custom electoral process is to them, and how far they’ll go to hang on to power.”

Lamouche declined to be interviewed for this article, and the remaining appeal board members did not respond to interview requests by deadline.

While Kanehsata’kehró:non will have the chance to appeal the election results after the fact, the first phase is for appeals related to contestations of the eligibility of candidates. Community members had until 4 p.m. on September 15 to launch such an appeal.

The Eastern Door was not able to determine by deadline whether any such appeals were launched in time. Despite the volume of contestations against Simon, Jacobs stands by the judgment of electoral staff that the former grand chief is eligible to run. “Everything that was in the code, we’ve checked. Everybody had to meet those requirements in the eligibility criteria. There was nobody that did not meet that criteria, so our decision still stands,” Jacobs said. Circumstances that call for ineligibility are limited to criminal conviction, outstanding debts to the MCK, removal by vote of non-confidence “following the due process,” and suspension from Council as a result of criminal charges.

One of 12 objections was submitted by somebody who was not eligible to launch one, so it was invalidated, although the contestation was evaluated alongside the others. It is not clear which of the 12 objections obtained by The Eastern Door was invalid.

Some objections detailed arguments citing the electoral code and alleged incidents of concerning behaviour, while other letters focused on more perfunctory points.

“A communications officer even quite (sic) because Simon would not send out important information to the people unless he approved it – sounds like HITLER?” read one.

“Serge does not have a high school diploma, and its (sic) evident when he speaks at meetings and to the public. He is an embarrassment,” reads another.

The same letter heaps praise on the leadership of current MCK grand chief Victor Bonspille, as several of the objections do. “Some of these issues are being tackled by the new Grand Chief Victor Bonspille. My heart and hat go off to him! He is a LEADER!”

“Many people of Kanesatake appreciate all the hard work the Grand Chief Victor had managed to do, and continues to tackle,” reads a separate objection.

A more detailed contestation letter included a note of general dissatisfaction. “Serge has brought turmoil and hardship to our community of Kanesatake, nothing positive has come forth by this man,” it reads. “I know this for a fact. I am currently cleaning-up his mess.”

This author accuses Simon of taking personal files from their Mohawk Council office and doctoring private information as an election ploy, which they link to sections of the electoral code dealing with campaign ethics rules and automatic vacancy.

The same letter decries Simon’s ERU oversight, although the author acknowledges Simon has not been convicted of a crime. A different letter outright demands that Simon be disqualified on this basis.

Finally, the author invokes a “declaration following the people’s meeting,” which indicates that on July 22, 2020, 100 community members assembled to express a lack of confidence in Simon.

An attached document from that time reads, “The people understand that this is not a binding process, but we request that you (Simon) submit yourself to a formal vote of non-confidence allowing all eligible community members to express their position.”

“They mention in a contestation letter that I was voted out by a non-confidence, and they will use that illegal process to kick me off the ballot. Mark my words on this one,” he said.

Simon believes one of the letters was submitted by grand chief Bonspille himself.

Bonspille did not reply to a request from The Eastern Door to confirm or deny whether he submitted an objection to Simon’s candidacy.

A printed email, not independently verified by The Eastern Door, suggests that an MCK employee forwarded at least seven objections to Jacobs, which Simon claims constitutes a use of Council resources to interfere with his candidacy.

Multiple contestation letters allege harassment, intimidation, or defamation. One objection describes an incident in the MCK parking lot in which the author alleges they were confronted by an incensed, shouting Simon in 2019 and that they were scared, in part because of comments they interpreted as threats.

They claim they walked to the nearest building and that Simon angrily followed but that when a third person appeared, the situation abruptly ended. “What if (redacted) was not there?” they write. “Maybe I wouldn’t be here today…… (sic).”

“I don’t remember what the hell this is,” said Simon. “It’s probably another lie or another exaggeration.” He said the letter is lacking the context that could help him recall the incident to give his side.

“I don’t remember any such incident, and I don’t have that in my character to threaten somebody openly,” he said.

Simon did acknowledge, however, that there are times he became openly angry during stressful moments of his tenure.

“There are times when you’re in those pressure-cooker situations where it’s normal, where you lose your temper,” said Simon. “And if somebody’s intimidated, well, you have no control over that. I think they’re just handy little situations to use in times like this. Ask most of the employees – I’d say 95 percent – and they will always say I treated them with respect.”

The by-election for the open Council seat will take place September 24.