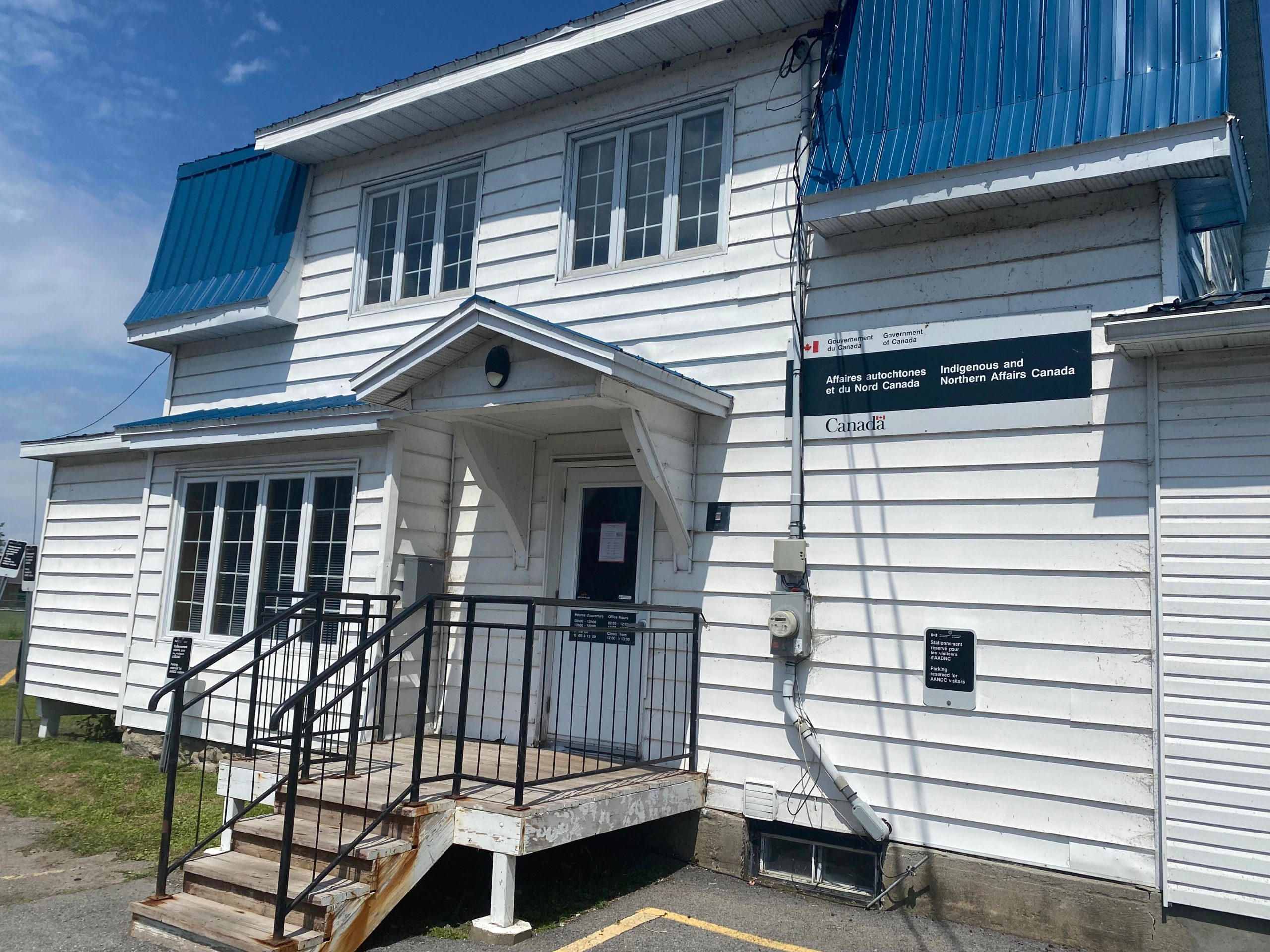 Handling the affairs of deceased Kahnawa’kehró:non and Kanehsata’kehró:non may have just gotten a little bit harder for already grieving loved ones.

For more than 20 years, Kahnawake’s Indigenous Services Canada (ISC) building, known to community members as the White House, processed and assisted with membership registrations, estates and lands. But since 2021, Kahnawa’kehró:non looking for answers to questions about estates management have been directed to a voicemail box located in Quebec City.

Some in the community who work in close alignment with estates management have said that the change has resulted in processing delays, and could affect settlement claims and land transfers for Onkwehón:we.

“Maybe it’s just growing pains, but it’s certainly been very frustrating,” said Amanda Simon, a certified land, estates and membership manager at the Mohawk Council of Kanesatake. “When I did an application for administration after somebody passed, the person would come to see me, and all of their documents would be scanned to Bryan (Diabo, the former Individual Affairs officer for ISC’s Kahnawake office), and the paperwork process would begin.”

“Now, I can tell you that when somebody passes away, we try to go through the same process, but it’s taking a tremendous amount of time,” Simon said.

Since last summer, Diabo has been working in a separate role at ISC, which left the position vacant. Formerly, Diabo would process estates and individual affairs for members in Kahnawake, Kanesatake, and other Indigenous communities in Quebec.

ISC has declined to provide an answer to The Eastern Door as to whether it will replace the vacant role in Kahnawake for an Individual Affairs officer.

“Estates Services continue to be available through Indigenous Services Canada, which is also the case for all other First Nations communities in Quebec,” said Maddy Warlow from the ISC’s Media Relations office. “For privacy reasons, ISC will not comment on employment matters.”

Simon said that in an in-person meeting in June with the First Nations Land Managers Association for Quebec and Labrador, the ISC’s estates and lands teams did not have an answer as to whether Diabo’s position would be replaced when they were asked directly.

She said that as a result of the vacancy, delays for processing estates affairs in Kanesatake have at least doubled.

“I’ve had some deaths that have happened, and when I send in the application for administration, the administrator is now named within six months to a year,” Simon said. When Simon worked with Diabo, he was able to be more involved with the process and appointment letters of administration would be issued in three to four months.

Now, community members are being directed to a 1-800 number, where a voice recording first plays in French, then English. It advises that there is no one available to take the call, and to leave a message for a response in four to five business days.

“It has been a very difficult transition for a lot of people with estates, because they were so used to going to the White House to request documents and so forth,” said Louise Mayo, the Indian Day Schools Settlement project coordinator for the Mohawk Council of Kahnawake.

“So now that everything’s coming through the email, there’s no personal attachment or personal connection to the process,” Mayo said.

Although Mayo was hired as a coordinator for Indian Day School settlements, part of her work has led to helping community members in need of estate help. But given that Mayo’s mandate is to process Day School cases, she doesn’t have the capacity to overextend her assistance in estates.

“The position is definitely needed because our community is quite sizeable,” Mayo said. “So we really have to be on top of it and be able to help family members who are grieving because the paperwork is overwhelming.”

In addition to the paperwork and logistical delays between the community and ISC’s Quebec City office, Simon is concerned about accessibility of services for English-speaking community members.

“It’s important to state that we are primarily English speakers in all of the territories and reserves that (Diabo used to serve),” Simon said. “So the language barrier is rather problematic.”

She said that while forms and correspondence are available in English, a general phone line with a voice recording in French is a far cry from accessible in-person services with a culturally-informed English-speaking employee who’s from the community.

“There’s a lack of empathy that is something to speak of,” Simon said. “When it comes to somebody on reserve trying to settle an estate versus in the city setting, Brian certainly understood the difference.”

Both Simon and Mayo said that if the position remains unfilled, delays in estates affairs will likely increase, and could affect Onkwehón:we throughout the province who are in particular need of inheritance, land transfers, and settlement claims.

“There will be immense delays because people in nature are used to just going to one place and having everything completed with and for them,” Mayo said. “Whereas now, it’s a lot of running around for family members.” 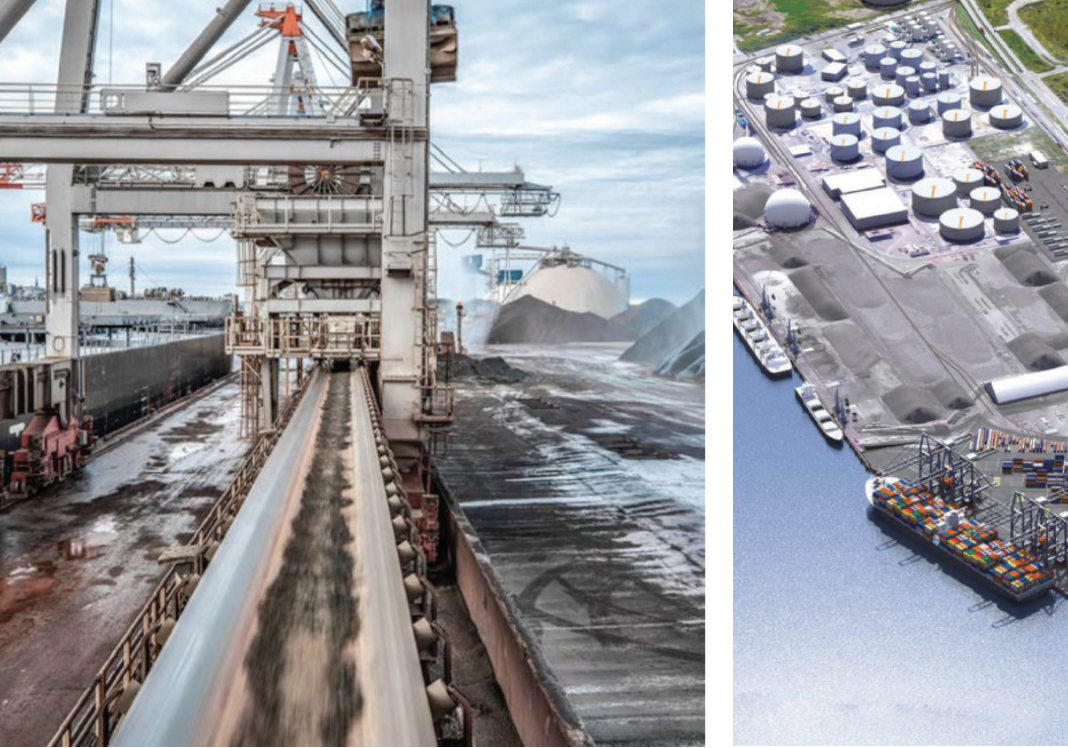