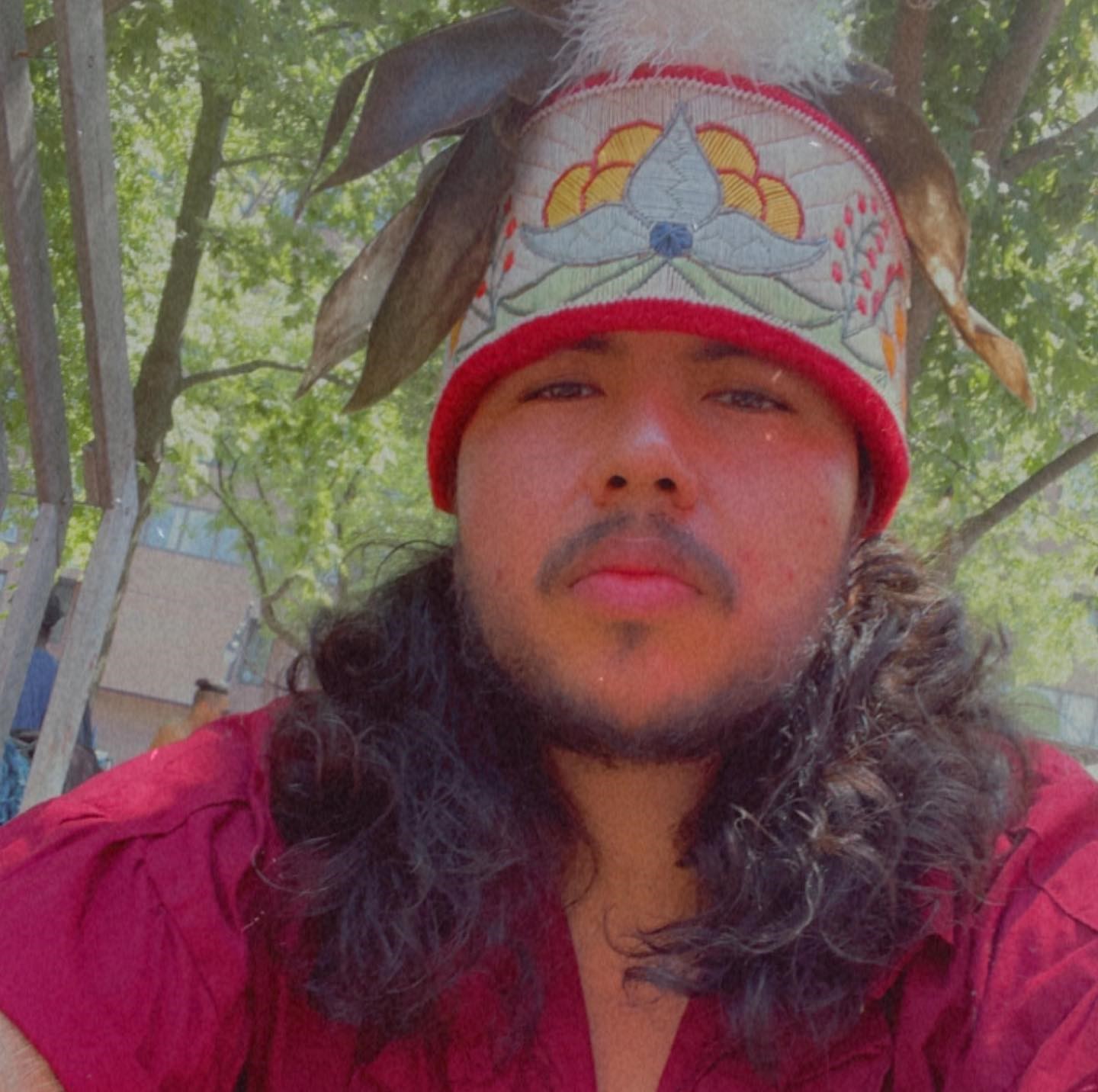 Owen Skahionwiio Mayo is known to nearly 25,000 TikTok followers as @modern_mohawk, and it’s clear that he lives up to his handle. The comments section of his most-liked videos are filled with questions asking how certain Mohawk words are pronounced, the history of lacrosse, and powwow dancing traditions.

The first video pinned to his TikTok page shows a powwow dance-off between Mayo and his brother in Wendake. The two are dancing in an arena with their regalia when Mayo’s brother stops and kneels in the centre.

“He took a knee out of respect. To honour me and my style,” Mayo explained in his video. “He proved the point that there is no competition against family.”

Mayo’s grandparents had been dancing even when practicing Indigenous culture was banned in Canada. His grandfather was an oral historian and his grandmother was a residential school survivor. His upbringing is prominent in his TikTok content, where followers of diverse backgrounds find a safe space to ask questions ranging from cultural appropriation to Indian Day Schools.

Mayo is a championship powwow dancer, and said that growing up dancing on a weekly or monthly basis made the pandemic particularly hard. Not attending powwows and gatherings meant not being able to dance to live singing or drumming.

“TikTok was something that kept me connected when I felt so disconnected,” Mayo said. “So I decided to make some TikToks and just share some of the knowledge.

“I never thought, in a million years, I would gain as many followers as I have today.”

Mayo isn’t the only one whose TikTok account gained popularity in the pandemic. Katsi’tsaronhkwas Stacey Pepin, a TikTok creator from Kanesatake, started on the app right before the pandemic, but it was just for fun.

“I thought it was like Snapchat or Instagram, but then I started seeing other Indigenous creators and what they were doing,” Pepin said. “I was like, ‘ha, I should start doing that too.”

But Pepin started getting comments from trolls and racists, which prompted her to respond. She became known for her witty comebacks and unapologetic advocacy, gaining over 56,000 followers.

In February, Pepin’s account was banned when she took on convoy supporters that flooded the app. But that hasn’t deterred Pepin one bit. Since she’s created her new account, @katsitsaronhkwasiontiats, she’s already amassed over 15,000 followers, and continues to take on issues like anti-Indigenous and anti-Black racism, abortion and fat shaming.

“We all have a purpose in life,” Pepin said. “To me, my life’s purpose is to help people. I’m a voice behind the screen to try to bring these messages forward.

“I try to educate people and I’ll use trolls for educational purposes, to tell people to not be like this person.”

Pepin credits her sense of purpose to her career aspirations in law. She says having that goal in mind helped her pinpoint her platform and advocacy. Pepin is looking forward to beginning her studies at McGill University’s Faculty of Law in the fall.

Like Mayo and Pepin, Steven Kentsienó:ron Thompson started posting TikToks during the pandemic’s lockdown. Thompson, who is from Awkesasne, says that he missed being surrounded by the art and culture that he had always known, and saw it as a way to connect with Onkwehón:we across Turtle Island.

“It was a place where I was able to express who I truly am,” Thompson said. “But the main reason that I’m on TikTok now, I’d have to say, is the connection with other Native people.

“Using the hashtags helps to connect us. Sharing our stories, sharing our culture, sharing our songs, sharing our support for different injustices and trying to heal and bounce back from those residential schools and colonization, which has affected all of us.”

At over 31,000 followers, Thompson’s TikTok page, under the handle @stevestrr, is one that brings a medley of education, laughter and growth. His videos touch on a wide range of subjects, ranging from the history of residential schools to his coming out story and everyday life. With his experience working at a television station in Akwesasne both in front of and behind the camera, Thompson’s videos feature his strengths in video production and editing to bring joy to his viewers.

“I just want to keep giving them culture,” Thompson said. “Good vibes, good energy. Stuff to pick people up. But also to show who we truly are as Indigenous people, because our stories get told so many times by non-Indigenous people.”

Al Harrington, an Ojibwe TikTok creator who lives in Kanesatake, shares Thompson’s goal of using the platform to bring levity and humour. As a community organizer, Harrington was more active on Facebook, touching on politics and activism with posts and live streams. But under the handle @whitefeather43, he sees an opportunity for everyone.

“I see a lot of adults my age or younger that are spending quite a bit of time watching TikToks,” Harrington said. “You know, you see the smiles and you see people laughing… to me, it’s all the merrier. I’d rather see people smile and laugh than see them fight and argue.”

When all is said and done, Harrington considers his TikTok page a success if the people who matter most watch them.

“My kids get a kick out of it when they see their dad making a TikTok. They freakin’ laugh, because they’re like, ‘you’re too old,’” Harrington said. “But you know what, we created all this stuff for you guys. All this technology, all this social media, that came from our time.”

From Onondaga to Geneva with love and respect