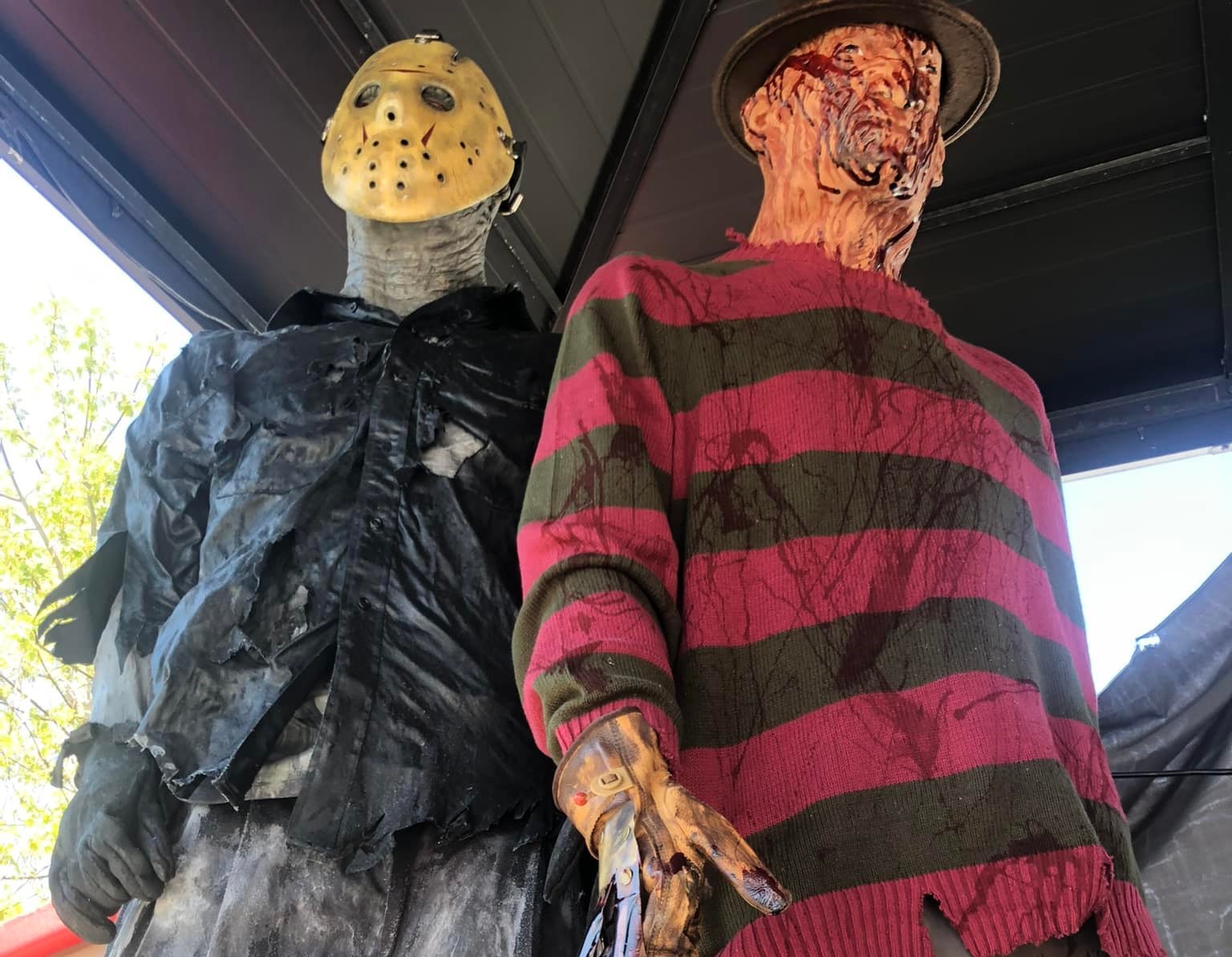 It seems appropriate that this weekend will be hot as hell. Thanks to local horror fanatic James Day, the community will once again get to drive through “Halloween in July,” an early Halloween treat to benefit the Kateri Food Basket.

Day, who has run the Haunted Woods event for 17 years, is feeling confident in the “driveby” format he pioneered during the pandemic to ensure Kahnawa’kehró:non were still able to indulge in his trademark brand of October escapism.

Everything has opened up again, but the drive-by remains a crowd pleaser. Day highlights the inclusivity of the format, which allows people with mobility issues to join in the festivities.

Day compares the concept to Parc Safari. “We’re the animals, and they’re the spectators,” he said. “Put your windows up. Lock your doors. We’re coming at you.”

Attendees can expect laser lights, smoke machines, a 25-foot projector cycling through oddities, and a lot of blood.

“Iconic horror will be out there – cutouts and stuff, animatronics. I’m dumping a toy box out on the street,” he said. “It’s going to be just like Halloween.”

The event, which takes place Saturday, July 23, across from the Protestant cemetery, gears up at 7 p.m. and runs till 10 p.m. Day makes a point to include the transition from day to night.

“Most people don’t want to come out at night and deal with that stuff, but in the daytime, they can deal with Michael Myers and Jason coming at you, (and) Leatherface,” he said. “I’ve got clowns with chainsaws. I give you Universal Studios right here in Kahnawake.”

So far, about 20 people have volunteered.

“The Haunted Woods is a staple in the community,” said Satehoronies “Boopie” McComber, also known as Will E. Skandalz, who will play the role of Jason Voorhees from Friday the 13th.

“If the hands of time could be reversed, I totally would have been part of the team earlier in life,” he said. He said the cast of actors do their best to be tight-lipped about what they are planning, even trying to keep Day himself in the dark.

“It’s always been important to me to stay involved in the community events, especially as somewhat of a local celebrity,” said McComber. “If playing Jason Vorhees feeds the hungry, then I’m all in. See all you ghouls and goblins on Saturday!”

With $2,400 already raised for the Kateri Food Basket this year, Day’s goal is to reach $10,000 by November 1, the day after Halloween. People are welcome to bring canned goods or cash donations to Saturday’s event.

“People from town, we’re supposed to help each other and stuff like that, so the best way I can help in a big group effort is by donating to the food basket because I know it helps a lot of people,” said Day.

“I think what James does for the community is really awesome and a fun way to fundraise,” said Azure Dee Iakenkwetiio Robertson. “Who doesn’t love Halloween?”

While Robertson would be attending this year as a spectator, she was one of the characters doing the scaring at Day’s first-ever drive-by. “It was a lot of fun. Better to scare than be scared,” she laughed.

“You can really be yourself through horror, and people respect that,” said Day. “I found an outlet to channel into, and there’s many of us just like this in the same way…. It’s like I turned my life into Halloween every day.”

Family man and fighter for the average Joe passes

A look back at the Caughnawaga Golf Club