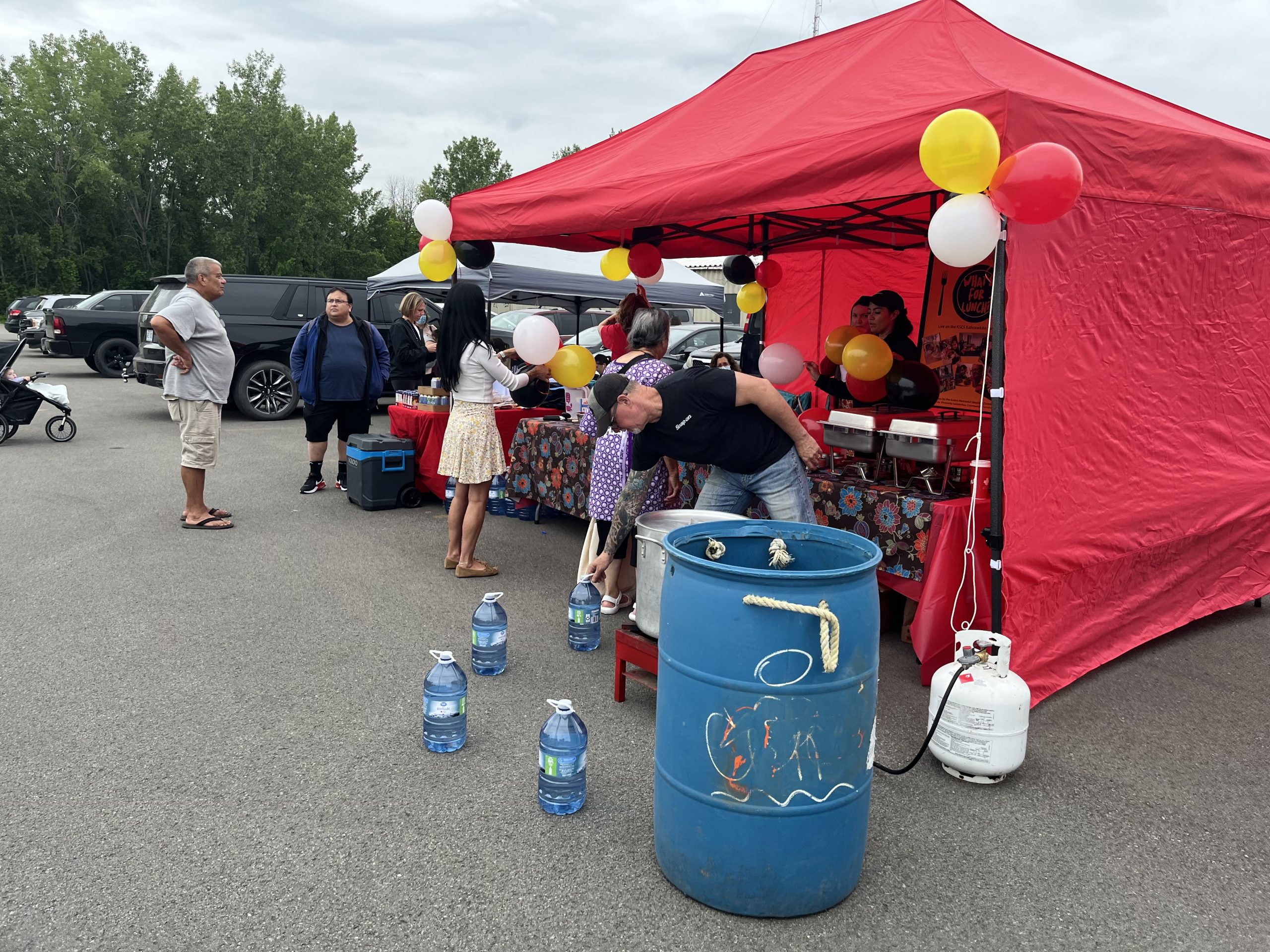 The community gathered this year for Indigenous Peoples Day to celebrate, share a meal, play games, and end the day in dance.

The event, dubbed an Indigenous Block Party by organizers, was the first of its kind as community organizations collaborated to create a free event featuring local vendors, food trucks, fundraisers, giveaways, organized games and sports, arts and crafts, ending with a social in the evening.

What started months ago as a Go Skate Day celebration for skaters in Kahnawake quickly grew into the day-long party to celebrate Indigenous people. The Kanien’kehá:ka Onkwawén:na Raotitióhkwa Language and Cultural Center (KOR) developed this project alongside Kahnawake Tourism, Kahnawake Youth Center (KYC), and the Sports and Recreation Unit of the Mohawk Council of Kahnawake (MCK), along with sponsors and community groups to put forward a special day for all, on Tuesday, June 21.

“I approached (Kahnawake) Tourism and the (Kahnawake) Youth Center to see if they’d like to help me with just the skateboarding activity,” said Scott Berwick, the event organizer and employee at KOR. “And then it just kind of grew from that conversation.

While the day saw some rain, the event attracted folks nearby, those in neighbouring communities like Akwesasne, as well as Indigenous families living in Montreal.

Akwesasne was invited to participate in a friendly soccer game with Kahnawake on the field at the Sports Complex. As well, vendors from Akwesasne came to contribute to the event.

Victoria Ransom came from Akwesasne to put forward her Haudenosaunee-inspired artwork, sell prints, and join in on the fun. Ransom visits the community a few times a year, but this was her first time behind a booth in Kahnawake.

“I’ve never been to Kahnawake solely to sell artwork, and I thought it’d be a nice opportunity to do that,” Ransom said. “And I like the whole idea of the event too. It seems like a really exciting thing to be a part of.”

The event also attracted Indigenous families living far from their communities. Megan Leinen from Listuguj came from Montreal with her cousin and children to celebrate Indigenous Peoples Day in the community.

Leinen emphasized the importance of gatherings like this for her two children, Logan, five, and eight-month-old Riley, in order to give them a sense of Indigenous community and culture that’s lacking in Montreal.

“Just the sense of community that we don’t have,” Leinen explained. “Here, he has community, even if it’s different. There’s a lot of similarities that bring it together.”

Kahnawake gives the cousins a sense of connection. It’s here they can get supplies for their beadwork, and be with nature. In this way, Leinen and her cousin really enjoy coming to Kahnawake for their well being, and so coming to celebrate Indigenous Peoples Day felt right.

“It’s important for not just the kids, but for the adults too,” she said. “ It’s not our community, our community’s out east, but it’s the closest we have.”

The event was also a great opportunity for visibility and education.

“We actually have the fundraiser for the U11 lacrosse team who are selling pizza, and drinks and snacks. KSCS is here for their What’s for Lunch?,” said Jordan Diabo of Kahnawake Tourism.

“They’re doing cornbread, and they’re giving out snacks and drinks too. We also have Rooted here that was able to come out despite the weather. So she has some of her homemade juices and cleanses.”

Originally, the event had about 25 vendors booked to attend. While that number shifted a little due to the rain, many were able to make it and share their skills, programs, and gifts.

In these challenging and ambiguous times, it’s important to find ways of connecting and supporting through the highs and lows, according to Megan Kanerahtenha:wi Whyte, an art therapist in the community.

“I think about just things that have happened systemically and that systemic violence,” Whyte continued. “It inspires people to come together.”

At the same time, it’s not the only thing that brings Kahnawa’kehró:non together, she explained. Under a white tent on a patch of grass at the Sports Complex, Whyte facilitated a community mural painted by youth at the event.

“I think it’s important to have healthy ways of people coming together, in fun ways and celebrating,” she said, noting the many points of connection at the event: sports games, yoga in the park, varied snacks, even gifts from vendors.

“To have different events like this, that it’s community-driven, community-based,” noted Mohawk Council of Kahnawake chief Jessica Lazare, who attended the event.

“It’s really cool to see how we can all work together to create this big thing, that we can all witness the talents, the gifts and the arts and crafts that we all have.”

Lazare was struck by the collaboration it took to put on this event, rather than one organization putting it on alone.

“It’s everyone’s collaboration to create this and have it go on throughout the day,” said Lazare. “So that’s what’s cool about it, that we put our minds together and we came up with this.” 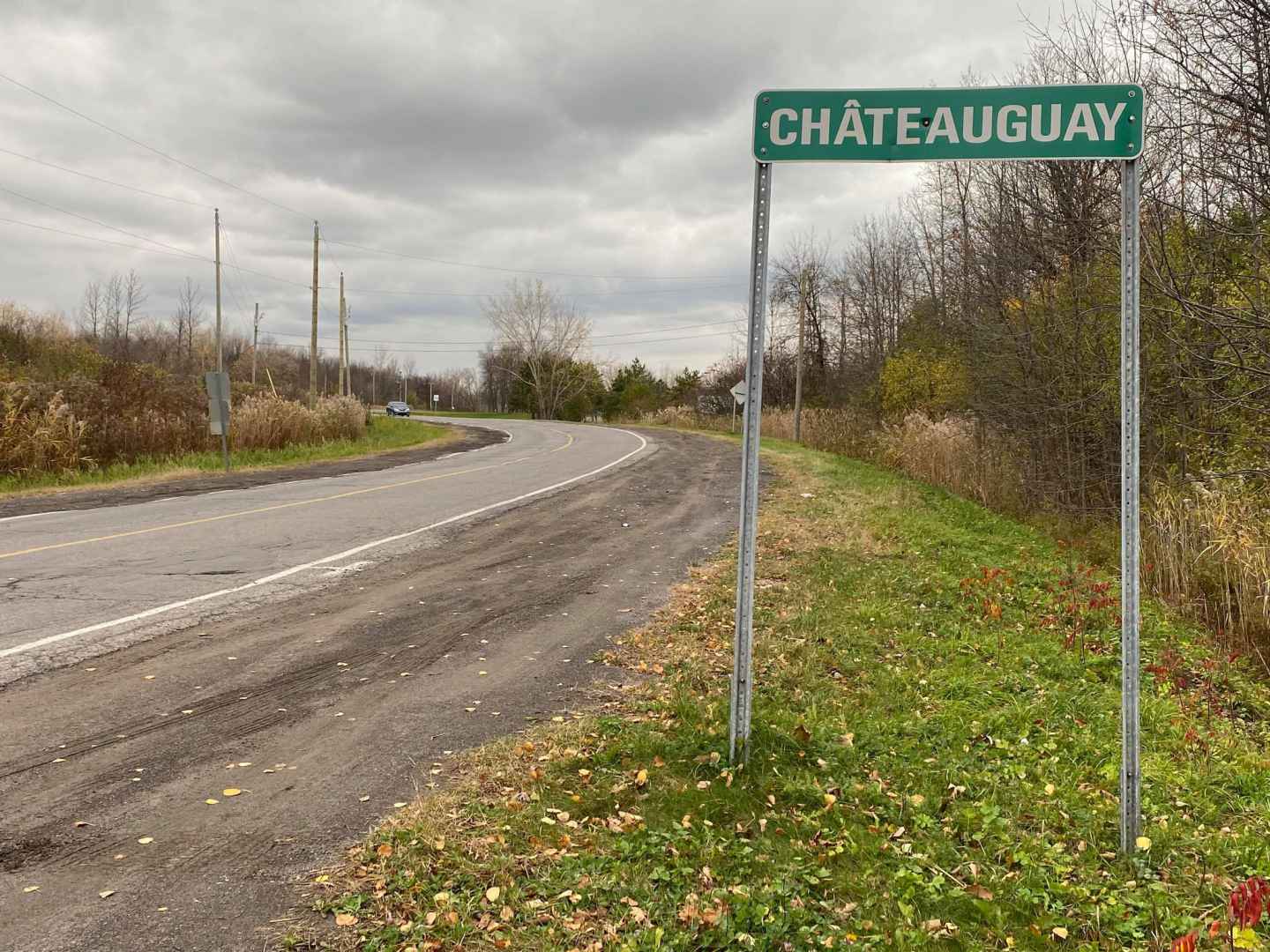 Mayor to discuss project with Council