Skip to content
You are here
Home > Ratiwennahní:rats > Testing her limits and discovering new skills 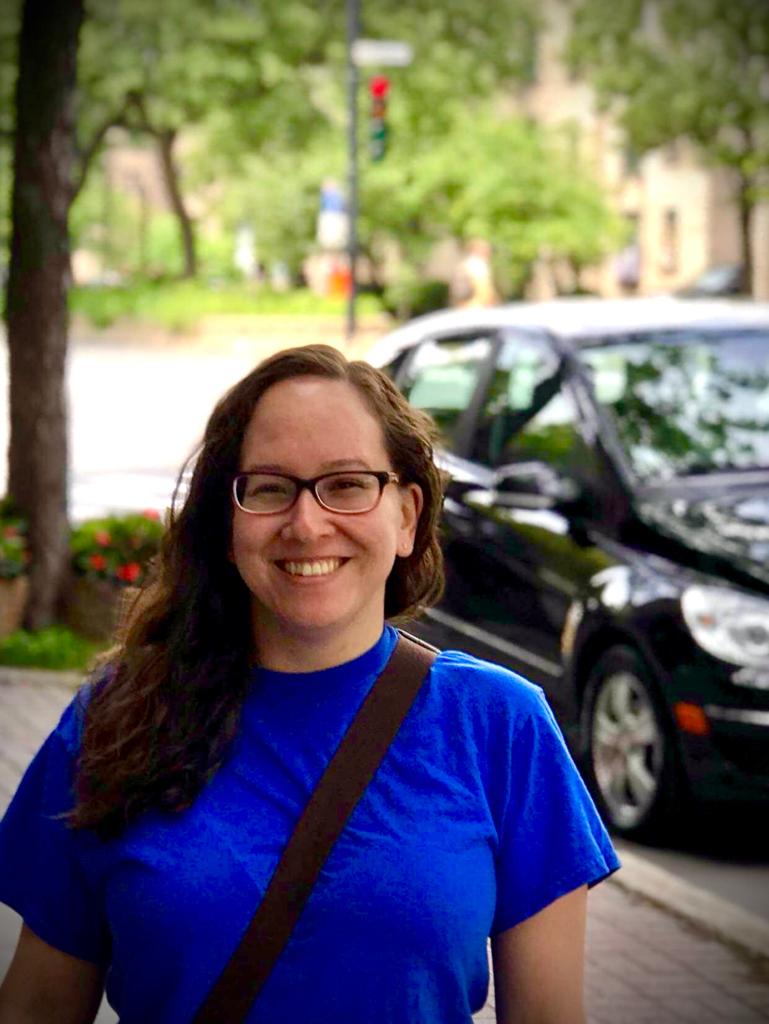 For Katsi’tsón:ni Elaina Montour, there were a few experiences over the years that made her want to learn Kanien’kéha.

One of them that stuck with her happened at Step By Step Child and Family Center a few years ago, where she worked at the time as a lunch monitor and occasional substitute. When a substitute was needed in the Kanien’kéha immersion class one day, she filled in and was in awe of what she observed.

“Seeing how these little kids could pick up the language so quick,” Montour recalled.

The teacher she was assisting spoke fluently, and she watched as the toddlers responded to the basic questions and requests being asked of them in Mohawk.

At that point, Montour only knew some of the basics: “Colours, numbers, greetings, that’s it really.”

“It was very intimidating to not be able to converse with her or with these children, feeling very out of your element in your own place, but it was also really inspiring.”

Montour’s parents were never taught the language, so what Kanien’kéha she knew came from going to elementary school in the community. Then she went to high school outside of Kahnawake, so she didn’t have many opportunities to pick it up.

“There’s been language revitalization in our community for a long time now, and it’s kind of been there, but in the back of my head; I’ve been noticing that I’ve been seeing it, but I wasn’t really in it,” said Montour.

“But then I was actually seeing these kids being taught, and that wasn’t a thing when I was that young as far as I know, at least not anywhere around me. No one was two years old learning Mohawk at school.”

She had heard of the Kanien’kéha Ratiwennahní:rats program and thought it sounded interesting, but she thought she needed to have more of a base knowledge of the language to be accepted. After her cousin successfully completed the program and told her she could still be accepted despite being a beginner, the idea grew on her.

“I just happened to be in between jobs. I had nothing really coming up. I was going to be on the hunt for a job, then I saw the application process online, and the dates and everything, and I thought, ‘You know what, let me just give it a shot. We’ll see.’”

She said that she went through the application process half expecting to not be accepted.

“And then finally they were like, ‘We want to admit you into the program.’ I was like, ‘Really? Okay, that’s great!’”

Now three years later, she is in the 2022 graduating class of the program and starting to think about life after dedicating so much time to learning the language.

It wasn’t an easy three years. The program normally lasts two, but the pandemic imposed numerous challenges to their language acquisition, and so they were given an extra year to compensate.

“With COVID, we were doing the Zoom for a year, so that was a bit hard to get used to because we didn’t have our teachers face to face. It’s quite hard to learn a language over a computer when you’re not in person.”

Even when they were in person, Montour found it hard to speak and even to understand what was being asked of her.

“I was doing okay with the spelling and grammar lessons, but I wasn’t actually able to say much. And honestly, for the first few weeks, it was very hard for me to even understand what the teachers were saying to me,” she said. “I found that very hard because I basically wasn’t really able to communicate with anyone for the first few months.”

But eventually, she said that it just clicked, and she began understanding much better. She still finds her spoken Kanien’kéha to be a bit behind compared to her reading comprehension and writing, but she is able to have small conversations with people and make jokes.

“Just to actually understand directions teachers are giving me finally, and sort of have little conversations with classmates, which is nice to be able to finally bond with them over things like that.”

It helped to be in a class of people cheering each other on and supporting one another, she said.

“(The teachers) really pushed you out of your comfort zone,” she said. “Honestly, I have to say, this program has been one of the hardest things I’ve ever done in my whole life.”

“There were so many times where I was like, ‘This is completely overwhelming. I’m not sure if I could continue with this.’”

Yet looking back, she can see just how far she came, even if it felt like hard slogging when she was in it.

A few weeks ago, she was with her father when they encountered one of her classmates. They exchanged a few words in Kanien’kéha, to the pleasant surprise of her father.

“That’s the first time I ever heard you speak Kanien’kéha,” she recalled him telling her. “I’m proud of you; it sounded so effortless.”

Montour now hopes that she can find employment within the community where she can continue speaking Mohawk. But even if that doesn’t work out, she wants to help revitalize the language by passing it on to the future generations, like her young nephew, who is learning to speak.

To those who are not sure if they would make it into the Ratiwennahní:rats program, she has this message: “Don’t exclude yourself just because you think you don’t have enough of a base knowledge. If you don’t get in the first time, just try again. Even if this program is not the thing for you, try to find (teachings) anywhere you can.

“As much as this is an end of something, I feel like it still is only the beginning. This was the major first step in me trying to re-learn or continue my language learning throughout my life in general,” said Montour.

From university to immersion to returning fluency

For tóta, herself, and for future generations