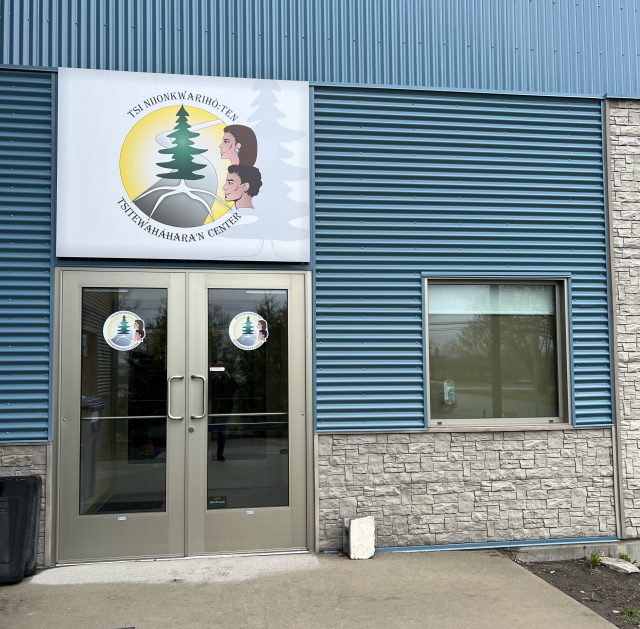 When the current Mohawk Council of Kahnawake (MCK) chiefs announced three core priorities to serve as their north star through the remainder of the term, language and cultural revitalization was at the very top of the list.

This came as no surprise. The struggle against colonialism is, in one way or another, a feature of nearly every initiative in the community. Council has been doing its part by focusing on a new cultural centre and museum to repatriate artifacts and to anchor the community’s cultural efforts.

Yet many community leaders grew up deprived of the opportunity to meaningfully carry forward the language. Today, they seek to balance some of the busiest schedules in town with efforts to practice what they preach.

One need look no further than many chiefs’ weekly schedules to see they are making time to brush up on the language and to better understand cultural tenets like the Creation Story.

“You’re not going to promote healthy eating and then on the side you eat McDonald’s every day,” said MCK chief Cody Diabo. “You’ve got to kind of walk the talk.”

To this end, for 15 years MCK has funded the Tsi Niionkwarihò:ten Tsitewaháhara’n Language and Culture Training Program. It’s free for participants and costs about $300,000 a year to operate.

While some spots are available to ordinary community members, it is meant to serve employees of Executive Directors Committee (EDC) organizations, such as MCK, Tewatohnhi’saktha, Kateri Memorial Hospital Centre (KMHC), and Kahnawake Shakotiia’takehnhas Community Services (KSCS).

“As soon as we started the term, I encouraged any of the council members, the ratsénhaienhs, who wanted to take the program,” said grand chief Kahsennenhawe Sky-Deer, herself a 2018 graduate of the fiveyear program.

“I’m very happy with the number of them that signed up, and I think it just shows that we set aside those priorities about language and culture, and that they’re being sincere about it and wanting to ensure they’re leading by example,” she said.

“I always said it was important for us to incorporate identity into governance because we are operating under the elected system, which comes out of legislation and ways that aren’t ours,” said Sky-Deer. “But as long as we continue to incorporate our thinking, our principles and values and understanding of our history and our culture, we can make it our own, and I think that’s what we’ve been able to do in the community.”

“If you’re going to go talk to government officials, it’s important to represent where you come from,” said Diabo, “to be able to explain things and the rationale of why we do things and our connection and all that to Mother Nature.”

Diabo was impressed by his Creation Story class, which learners take in their first year of the program. It took the equivalent of an entire day or longer to tell a story sometimes abbreviated to mere minutes.

“I don’t know the word to use, but it was just awe-inspiring, just amazing to hear, and that was in English,” he said. “I can only imagine in Kanien’kéha how connected it would have been.”

He has also enjoyed using Kanien’kéha words at the office, where some staff are also enrolled in the program. He believes this is contributing to building bonds in addition to strengthening their Kanien’kéha.

“As a chief, we’re supposed to set a good example and walk the path of our ancestors and learn the language,” said MCK chief Arnold Boyer, Diabo’s first-year classmate, in explaining his decision to sign up.

He has found his teacher to be encouraging and helpful, boosting his satisfaction from the course.

“At my age, to learn, to make up for lost time for not learning the language or the culture for the past 45 years or so, I feel good that I’m contributing to the revitalization of the language and culture,” he said.

Both students have found it difficult to attend the classes, mostly taken twice a week at lunch hour. It often overlaps with council business like Tuesday’s strategic meeting, which sometimes runs long.

“You can’t help it when, say, a crisis comes to the community,” said the program’s cultural facilitator, Darrell Thompson. “Then it gets hard for them to meet their classes. I can understand.”

Despite chiefs occasionally needing some leeway, Thompson strongly believes in the benefits for them.

“I think it really grounds them more solidly in whatever they do,” said Thompson. “The character is, I guess you would say, reaffirmed. They have a deeper passion or a deeper direction in what they become, to be doing in their leadership roles and even within the community.”

He has noticed chiefs often continue their journey after leaving political office.

“It’s always going to be a part of their life. I can see that within them,” he said.