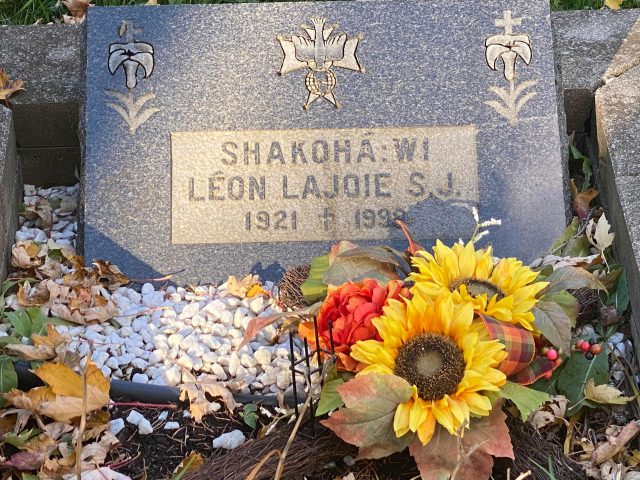 After a months-long investigation into allegations of sexual abuse against the late father Léon Lajoie, the results were shared with the community last Friday.

The executive summary of the report prepared by King International Advisory Group (KIAG), the firm commissioned by the Jesuits of Canada to carry out the investigation, stated that unless more information comes to light, KIAG’s conclusions “do not currently support any allegation of childhood sexual abuse by Father Leon Lajoie, S.J. in Kahnawà:ke during the period between 1956-1990.”

The summary presents a general overview of how the investigation into the former priest of the St. Francis-Xavier Mission Catholic Church was conducted and the findings that resulted, with no identifying information included. It states that three alleged victims were identified, and two agreed to participate in the investigation.

“We did get a strong outpouring of people from the community that did contact us. Just not victims,” said Brian King, principal investigator and CEO of KIAG.

Media reports released in 2021 stated as many as 20 people had privately disclosed allegations against Lajoie prior to the launch of the investigation.

“Quite frankly, I wish, if those victims do exist, they had come forward,” said King.

Patricia Kaniente Stacey has publicly disclosed allegations of sexual assault perpetrated by Lajoie when she was a girl. She did not participate in the investigation, citing doubt that it was conducted independently from the influence of interested parties, such as the Jesuits of Canada.

“It is very important to clarify what is meant by ‘independent’ – defined as ‘carried out by a neutral third party.’ Brian King was hired by the Jesuits; he was also hired by them during the TRC, Truth and Reconciliation Commission. See his website regarding his work ‘minimizing risk and liability’ for corporations,” she wrote to The Eastern Door.

“Brian King and his colleague, Karen Brugger, showed up at my door uninvited, no phone call and no formal letter requesting a meeting with them. This was very unprofessional,” said Stacey.

She said that it was very stressful to have strangers come to her door to discuss this.

“Who showed them where I live? I was legally advised that none of the victims of Léon Lajoie were legally obligated to speak to any investigator under any circumstances.

“How dare people say he never raped children. They have never walked in my moccasins. The deniers have never endured my internal pain and suffering in my struggle to survive,” she said.

“The memories never go away. Léon Lajoie may be dead, but his criminal actions live on forever in us survivors.”

The executive summary does acknowledge that victims of childhood sexual abuse sometimes choose not to speak out about the abuse.

“The fact that a victim may not speak out as a child or during early adulthood and may choose to speak out in later adulthood and several years after an event is not uncommon in matters of childhood abuse cases. Some may choose never to come forward,” it reads.

Though KIAG does not support the position that Lajoie perpetrated sexual abuse based on what was uncovered during the investigation, it does support a finding of fact that a community member was the victim of a serious sexual assault that took place at St. Francis-Xavier Mission between 1976 and 1979.

The board of directors of St. Francis-Xavier Mission declined a request for comment regarding the next steps in addressing the finding that a community member was assaulted at the church. It noted that the Jesuits were in possession of KIAG’s recommendations for how to proceed, and the follow-up on the matter would be handled by them.

When asked about the findings and next steps, father Gilles Mongeau of the Jesuits of Canada said: “We will be reaching out to the community member in question to offer our help and support, taking our lead from that person.”

Last Friday and Saturday, the community voted to remove Lajoie’s remains from the territory. The vote was being overseen by PlanIT Consulting so that it remained at arm’s length of the Mohawk Council of Kahnawake (MCK).

The decision to put it to a vote was made in response to the results from community engagement through a survey and in-person consultations in November, the results of which showed that the majority of those who participated believed the decision should be made by the community as a whole.

It was planned to take place after the findings of the investigation were made public to the community.

“A number of community members have different reasons for wanting to decide one way or the other,” said MCK chief Tonya Perron.

In response to the KIAG finding that a Kahnawa’kehró:non was abused at the church, she said she hoped that person was well supported and called on community members to support them if they know who it is.

“I think as a community that’s very important to provide those support mechanisms, support resources,” she said.

Tonia Williams attends the church and has been part of the church committee formed to promote a resolution to the Lajoie matter and the pain caused by the findings of childrens’ unmarked graves at residential schools. She believes that the community needs to move forward towards healing together.

“Those people that are involved in this, they absolutely need the community support to heal. That’s one thing that is really, really important, is that this isn’t about us versus them. We’re all a community, and so we all have to support each other through this.”

She said that it is important for the community to support the accusers through this time and noted that there is no place for judgement.

“I know that they’re in pain, and they need help. So I hope that’s where we’re going to go in the next steps.”