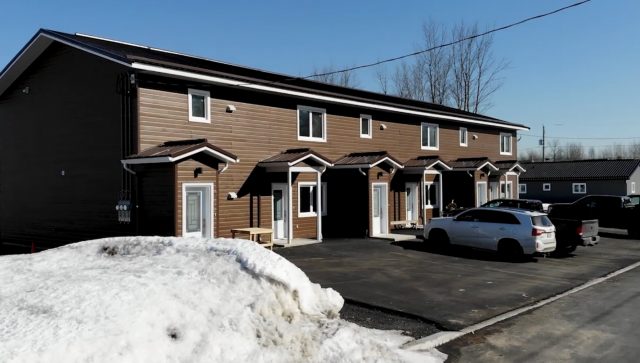 The Mohawk Council of Kahnawake (MCK) is tackling the housing crisis in the community head-on.

During last week’s Council meeting, funding was allocated to improve the Housing Unit’s programs and services in order to meet the real needs of Kahnawa’kehró:non. According to the MCK, the money will fund a housing study and a housing restructuring strategy.

“The total funding for the entire project for the six months of this study and restructuring came to $175,000, and that was to hire the external consultants,” said MCK chief Alan John Rice.

MCK said that approximately $25,000 of the project cost will be covered by the Canada Mortgage and Housing Corporation’s Skills Budget allocation fund. The money will be administered through the Housing Unit and accessed through the Appropriated Housing Reserve.

“What we are learning from the surveys and what we already know throughout the community, is that community housing is vital,” he said.

Council has conducted two surveys so far. Rice said that a third one is forthcoming.

“It’s one of the more crucial things happening in the community. We felt that we had to do whatever was necessary to provide the Housing Unit with enough support to administer the services that the community really needs.”

The chief explained that through the surveys, they were able to examine past and current clients’ satisfaction levels in regard to the different housing services and programs to ultimately enhance them.

The director of the Housing Unit, Areti Malliarou, said that over 350 Kahnawa’kehró:non completed the surveys.

“The majority of the respondents – 63 percent – indicated that they want access to housing services within the next three years,” said Malliarou.

Moreover, the surveys showed that 70 percent of respondents also indicated that they could afford a minimum of $500 to $650 per month for housing.

This finding will help improve the training and organization of staff at the Housing Unit to better respond to and inform community members and clients.

“We have reached an agreement with two external consultants, one to undertake the full housing study and the other to contribute to the strategic restructuring of housing,” she said.

According to Malliarou, the external consultants were hired this week after receiving approval from Council.

“The housing study will focus on revisiting and developing the characteristics of the programs and what we offer. We will try to align what we currently offer and develop things utilizing the housing survey results and the expertise of the consultants,” said Malliarou.

Although the study was launched this week, she said that the restructuring strategy portion of the project will only kick off within the next 10 days.

“In terms of the restructuring, it is to ensure that we have the right personnel in the right situations, that they are receiving the proper training and that they are going to be able to best serve the community,” added Rice.

Specifically, the goal of the restructuring strategy is to increase customer service and satisfaction by looking at the current positions, tasks and roles at the Housing Unit. It will also analyze how the personnel relate to and collaborate with other units and departments within the MCK.

“Part of the restructuring strategy is to revisit the financial reconciliation in order to finalize any issues that might have been accrued and not yet fully resolved from past files and fraud incidents, and have everything reconciled. So, this will be completed as well,” said the director.

Both Malliarou and Rice acknowledged the urgency to fix housing in Kahnawake but said that the solution will only come about when the study and the restructuring strategy are completed.

However, Malliarou said that they are currently finalizing a new evaluation criteria grid in order to transparently and objectively assess each application that is submitted to the unit.

“We do have an active waiting list of applicants, and the target is to undertake the evaluation within months. The intention is to offer housing solutions for new tenants with the open units that we know that we have,” she said.

She explained that with this new grid, some applicants might not meet the criteria but one of the Housing Unit’s objectives is to inform clients why they were not selected and to provide them with a guideline to help them meet the requirements.

“It’s definitely a priority, and that is why this is being done. Because we understand that once we have the structure in place, then we start moving faster. Unfortunately, it does take time to get done, but that is the stage that we are in right now,” said Rice.

“We understand there is a pressing need, but you can’t build a house with a cracked foundation. This is what we are doing to strengthen the foundation so we can continue to build and offer more services to the community.”

Malliarou also provided an update on the arrears at the multi-dwellings. She said that a balance statement had been sent out to all clients – whether in arrears or not – in February.

“We have started receiving calls from people who received their letters, and they asked for solutions. What we have put in place is a mechanism to start communicating with the clients in arrears, and we have already started creating and offering new repayment schedules,” said Malliarou.

She said that those who have contacted the Housing Unit had signed new agreements.