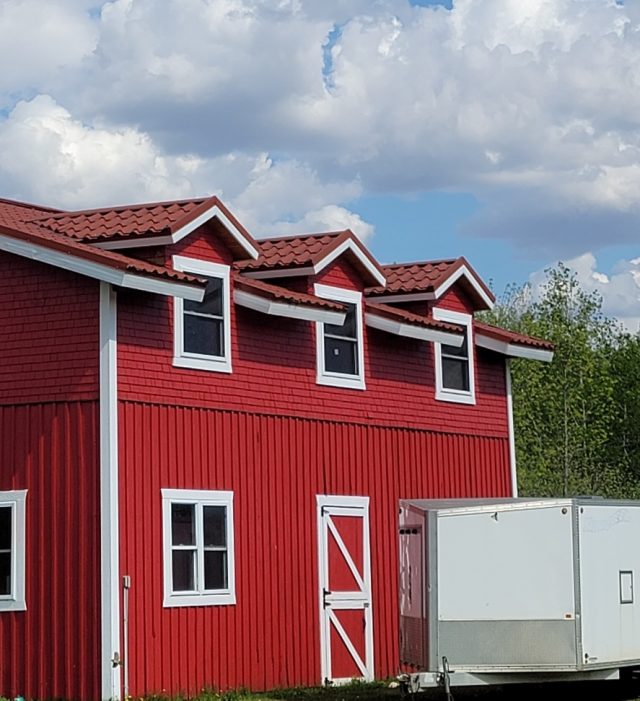 After learning about a traditional detox centre planned for their residential neighbourhood, some community members in the Zachary Road area are raising concerns.

“I completely agree with it. I just don’t want it in my front yard,” said neighbour Krystle Kane. “I don’t agree with the location.”

Kane emphasized that she is not speaking for herself but rather a coalition of neighbours who see the need for a traditional detox centre, but object to having one at their doorstep.

“Our children run freely. We don’t have many neighbours. There’s not a lot of traffic,” she said. Above all, she said the neighbours are concerned about the security of their properties and their families.

“I really fear having this out here,” she said.

She believes a much better location would be on Route 132 by the planned community centre, or any other area without residents. The outcry comes after the planned Red Willow Detox Centre was featured on the front page of last week’s issue of The Eastern Door.

“Really, we were smacked in the face with this article,” said Kane, whose house could be seen in the accompanying photograph. The neighbours had not been consulted on the project, she said.

Iohahiio Delisle, the co-founder whose family’s barn would host the detox centre, said on Tuesday morning that as of that time, no neighbours had approached him with their complaints.

“My door is open for anyone to come and ask questions or raise questions or anything like that,” he said. “It’s open door here.”

While he acknowledged that some could be concerned about such a project coming to their neighbourhood, he protested that it is critical to show acceptance and support to victims of addiction.

Delisle later posted a statement to his Facebook account saying that the proponents were reviewing alternative locations after receiving an influx of requests for detox assistance following the publication of the article.

The 2,400-square-foot barn on his property, which would contain seven beds, may not be big enough to accommodate demand, he wrote.

Still, for the time being, they plan to move ahead with preparations to use the residential property.

“All 12 members of Council support the idea of a detox centre, but there are some of them that don’t agree with the location,” said MCK chief Ryan Montour, who is on record supporting the project.

Montour was surprised that the centre encountered opposition from neighbours. He acknowledged the validity of their concerns, but expressed skepticism that the recovering users, who will be there voluntarily and are planned to have 24-hour security, would pose a threat to neighbours.

To ensure the project moves forward, Montour is looking for community-owned land that could serve as an alternative to the residential location. However, he is concerned this could mean a much longer wait for a service he believes the community desperately needs.

“It’ll be red tape,” he said. “For the land, it wouldn’t take that much time, but for an eventual building – that was one of the pros of this project was that there was already an existing building.”

In the meantime, he has encouraged the proponents to consult with the 10 households that have been identified in the area, he said.

He is hopeful consultations may result in allaying some of the community’s concerns, but Kane was doubtful anything short of relocation could ease the worries of herself and other neighbours.

“Everybody stated they’re for this type of thing, but they don’t want it – nobody’s going to want this in their neighbourhood,” she said.

Delisle’s wife, Carla Skye-Delisle, said she understands the concerns of neighbours. She said she, too, was worried when her husband told her about the prospect of opening a detox centre on their property.

“Of course as a mom, automatically you’re in defence mode for your children,” she said.

However, she changed her mind as she began to digest the need for the project, especially as she heard news of overdoses, which she believes have become an epidemic in Kahnawake.

“I just want to say that I’m willing to put (my concerns) aside and really try and help make this work, because as Kanien’kehá:ka people, we need to come together and help one another. This detox centre is not targeting criminals – it’s targeting victims,” she said.

“People are always intimidated by new things,” said Delisle. “My question would be, where do you want to put them then?”