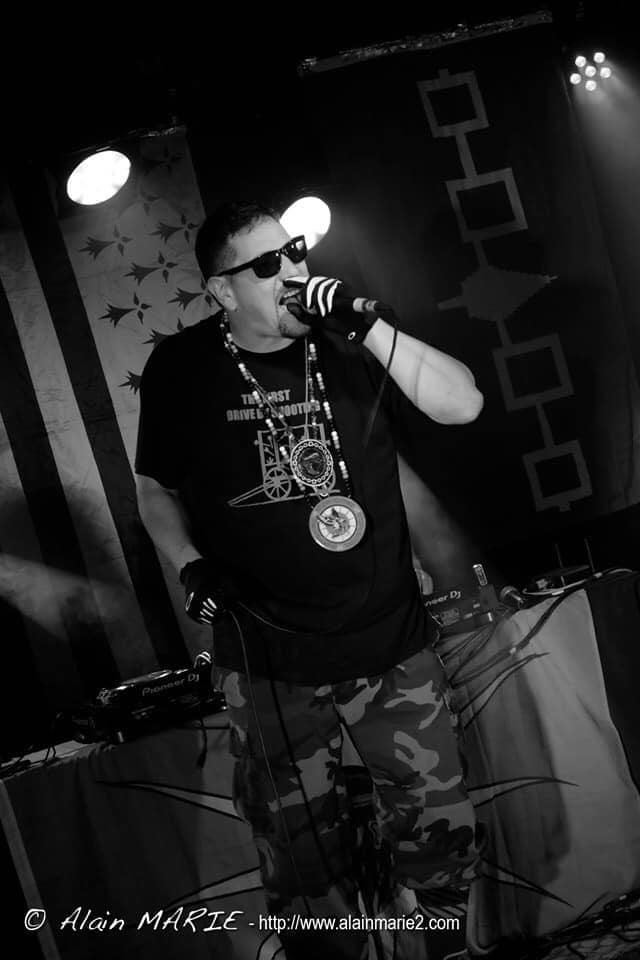 Satehoronies McComber, AKA Will E. Skandalz, or just Boopie, has not let the pandemic stop him from doing his thing.

The hip-hop artist and event MC has continued to put out new songs and music videos throughout our near two-year battle with COVID-19, on top of weekly podcasts streamed live online.

“I’ve been heavily focused on keeping a buzz alive throughout the pandemic. When so many others basically shut down shop, I managed to keep the pot boiling,” he said.

Early on in the pandemic, back in August 2020, he released the music video for his song “Distant Lover,” shot social-distanced style with Visual Fire Media and featuring drone shots of Kanesatake.

Though that venture didn’t get as much traction as he was hoping, his December 2020 music video made up for it. “Xmas on the Rez” was produced by Da Major of Akwesasne, and the video was directed by Jamal Jackson and Dino Cesar.

The video “gained a lot of respect from my hip-hop peers as a ‘fun music video,’” McComber noted. It’s not hard to see why, with the shots of McComber dressed as Santa Claus smoking cannabis and stumbling down the streets of Kahnawake holding a 40 OZ bottle, presumably containing malt liquor.

His song “Mohawks on a Mission” finally got an accompanying video, created for a Black History Month online celebration put together by the youth education organization Monnaie Money. McComber’s song was presented at the start of the online video show as a reminder that Montreal is located on unceded Kanien’kehá:ka lands.

“My brother from France, Olivier Lassu, brought the camera to Kahnawake, and we put together a masterful visual for ‘Mohawks on a Mission,’ which was in my opinion way overdue,” said McComber. “This 2-BAD produced track, which also has the chorus voiced by Nayshun, was well received and garnered me a few new fans in the Montreal scene.”

On the same day, February 26, he released the final music video off his debut solo album Welcome to Will E. World.

The video for “It’s Will E.” was again directed by Jackson and sponsored by dispensaries The Medicine Box, The Green Room, Bud Shack, and Dr’z Orderz. There’s also a promotional code in the video that can be used to save 10 percent on your first online purchase from The Medicine Box.

“It’s said that great things come in pairs,” joked McComber about his two videos being released on the same day. “The numbers on the ‘It’s Will E.’ YouTube premiere made me smile and excited to get back in front of the lens.”

As if all of that wasn’t enough, McComber has kept up weekly streaming sessions with his Kickin’ It LIVE With Will E. podcast.

Every Friday night at 8 p.m., the MC goes live on Twitch to present two hours of all-indie hip-hop music. Artists send in their songs and remixes for McComber to play during the episode, which stays up online after the live session is over.

“Being around venues and artists for the better half of my life, I felt that displaying indie hip-hop would be fitting as I’m normally the event MC introducing them to crowds,” he explained.

He began the podcast on Facebook, then switched to Twitch because the previous social media platform would mute him for playing published music. He recently celebrated his first anniversary on the new platform.

“The growth was speedy as the support was tremendous,” he said. “It was straight up an accidental endeavour. I knew I had to do something to keep the buzz alive, but never did I think this was it.”

McComber is coming up on his 100th episode, something he is proud he will soon achieve.

“According to studies, most podcasts don’t make it past 25 episodes. So, for me to be closing in at 100 is an achievement I never aimed to reach.”

He said he has some ideas for content for upcoming episodes, “but as the saying goes, ‘don’t fix what ain’t broken.’”