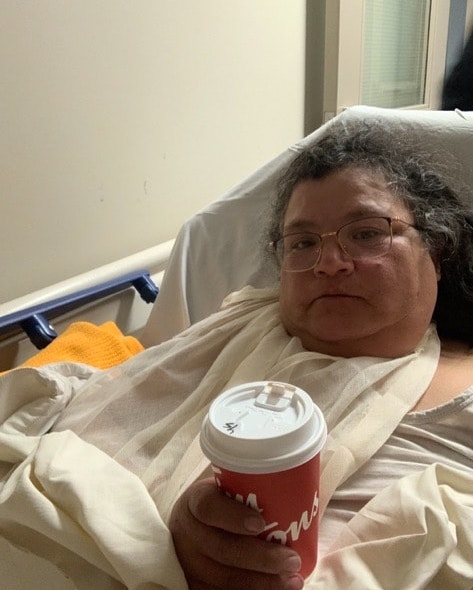 Ontario’s Special Investigations Unit (SIU) has opened an investigation after a woman widely identified as Kanien’kehá:ka woman Candice Sero of Tyendinaga reported an injury after being knocked beneath a police horse on the streets of Ottawa around 5 p.m. on February 18.

Social media erupted in outrage as a video emerged that appears to show Sero being trampled by a horse-mounted Toronto police officer.

Moments before the incident, Sero, who is said to use a walker, had been shouting the words “peace, love, and happiness.”

She had been among throngs of “freedom convoy” demonstrators resisting police efforts to disperse them days after the invocation of the Emergencies Act by the federal government to bring the protests in Ottawa and at various border crossings to a close.

Sero garnered international attention when Fox News contributor Sara A. Carter tweeted that a woman had been killed in the incident, a statement she later retracted.

A woman identifying herself as Sero’s niece, Courtney Snyder, posted on Facebook to disprove rumours of her aunt’s death. She wrote that Sero had suffered a broken clavicle and included a picture of Sero in a hospital bed.

Reached by The Eastern Door, Sero said she could not comment until consulting with her lawyer on February 28.

She did indicate how she was feeling: “Like I got trampled by a horse,” she said.

“Anyone who fell got up and walked away,” tweeted Ottawa Police the next morning in relation to the incident. “We’re unaware of any injuries.”

However, on February 20, the SIU published a news release announcing an investigation after someone identified only as a 49-year-old woman reported a serious injury.

“I can tell you that more details will be made available at the investigation’s conclusion,” said SIU spokesperson Kristy Denette. The investigation is limited to 120 days.

“In order for the SIU to obtain medical records, the unit requires consent from the complainant,” said Denette.

Andrea Gardiner, an Ottawa resident, was watching live streams of the clashes when she saw the incident unfold on her screen.

“My heart was broken for her,” said Gardiner. “All she wanted was peace and freedom for the children, and then boom, run over. And the cops kept pushing forward with her and the other gentleman on the ground. It was gross.”

Moved by the incident, Gardiner contacted Sero on Facebook, and the two had a chat, Gardiner said.

“I told her she was an amazing person and had more balls than me,” said Gardiner. “I couldn’t have done what she did.”