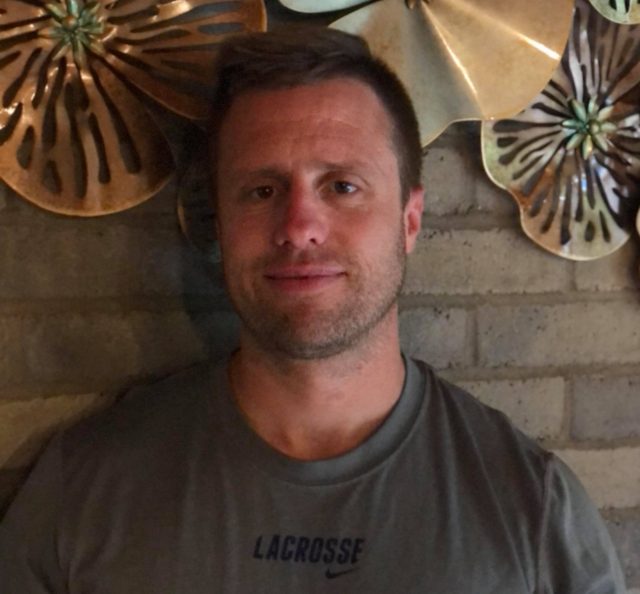 Teiawenniserate Jeremy Tomlinson is proof that with every ending comes a new beginning.

The elected Mohawk Council of Kanesatake (MCK) chief is officially leaving the office he has been part of since August to join the Kanesatake Health Center (KHC) where he has accepted the position of executive director.

“It was not an easy decision by any means,” Tomlinson told The Eastern Door. “This opportunity offered more long-term stability for my young family and I, while allowing me to continue serving Kanehsatake and promoting positive change.”

With over 15 years of experience in policing, the Kanehsata’kehró:non said that the job posting also represented an opportunity for him to continue using the strengths he has acquired throughout his career and apply them for the betterment of the community.

According to Tomlinson, a lot of people have misconceptions regarding the day-to-day tasks of police officers. In spite of not having experience in the field of health, he expressed being confident about the skills he will contribute.

“My policing experience is of a much wider range with a lot of management-level experience in complex and high-stress situations,” pointed out Tomlinson. “With the background also being in the federal government, I have knowledge of financial policies and procedures which has served me on Council and will at the KHC.”

As he prepares for his new mandate to begin on February 21, the MCK is coming to terms with the decision that will leave an open seat at the table.

“I have to respect that decision,” said grand chief Victor Akwirente Bonspille. “If he feels that he can help the community in a different capacity rather than being a Council chief, this remains his decision and I wish him good luck in his new endeavour.”

Without downplaying the value that Tomlinson brought to Council, Bonspille was adamant in his position that MCK will proceed with “business as usual.”

“I have full confidence in the Council that we have right now,” he added. “We’re going to move forward in the same positive and productive way that we’re doing right now.”

Despite removing himself from the table of chiefs, Tomlinson stated his motivation to carry through in serving the community and offering his continued assistance at the MCK in a limited capacity “out of respect for the Mohawk Council, its employees and those who elected me to office.”

Tomlinson will be filling the executive director position that has been vacant since Joyce Bonspiel-Nelson, who held the position for three decades, saw her employment terminated on December 7, 2021.

At the time of her termination, Bonspiel-Nelson said she was told that the decision was taken in light of an external audit at the KHC looking into the handling of expenditures of the community’s former pandemic response unit created by the MCK but managed by the health center.

Among what is being investigated is a suspected excess of $2.4 million in salaries for less than 10 employees which would have been observed over the course of a single fiscal year.

Alongside a slew of employees not having their contracts renewed with the KHC, two of five board of directors (BOD) members for the KHC resigned within a few weeks of being elected at the annual general meeting on October 5.

By November, the board consisted of Wanda Gabriel, Ellen Filippelli and elected BOD president, Gabrielle Lamouche. As members of the board, directors hold significant responsibilities in not only ensuring that every decision of the KHC is taken in the best interests of all Kanehsata’kehró:non, but also in matters pertaining to such functions as approving the hiring of the centre’s director.

On Tuesday, February 15, the announcement of Tomlinson accepting the title of executive director was shared online through a press release published by the board of the KHC. Reactions to the news varied between heartfelt congratulations and skepticism that raised questions regarding the fairness of the hiring process.

Among the areas of concern expressed by community members was the possibility for a conflict of interest due to the mother-son relationship of Lamouche and Tomlinson.

According to section 5.12 of the KHC Board of Directors Procedural Manual, members of the BOD have a duty to distance themselves from any matter that may be perceived as a personal interest or an interest that is limited to a direct family member.

“Upon learning that Mr. Tomlinson was applying to the job opportunity, Ms. Lamouche immediately recused herself from the hiring process in its entirety,” reads a statement to The Eastern Door provided by BOD vice-president Ellen Filippelli.

“It was important to protect the integrity of the process which is why Ms. Lamouche recused herself from the start and an independent selection committee was contracted.”

Moreover, the communiqué also specified that an external selection committee was mandated by the board of directors to oversee the hiring process. Following what the board described as a “rigorous process” resulting in the committee’s recommendation to hire Tomlinson, the board passed a resolution to offer him the position.

To further distance herself from the process and avoid potential conflict of interest, Lamouche also stepped down as president and was replaced by Wanda Gabriel. Filippelli added that Lamouche did not participate in the hiring decision which, under section 7.22 of the procedural manual, requires more than a majority (at least two-thirds) of decisions by the board.

“Both remaining members voted unanimously to accept the recommendation of the independent selection committee thus constituting a Quorum and a two-thirds majority,” reads the email response provided by Filippelli.

On the subject, Tomlinson expressed his confidence in the board members taking every precaution at their disposal to ensure a fair and transparent process.

“It was important for me to tell my mother that I was applying in order to prevent any occurrence of conflict,” he noted. “It is also important to note that we are in a small community and these types of situations of potential conflict can be a common occurrence.”

The soon-to-be executive director further stated that while he understands how this perception can arise, he remains confident in his abilities to undertake this position, which he was recommended for.

Out of a total of five applications, the board vice-president said four Kanehsata’kehró:non were interviewed, two moved on to pass the psychometric evaluation required, and only Tomlinson was recommended by the committee.

Filippelli said that both the selection committee and board found his application to be the strongest.

“His personality and positive leadership style will be an asset to effect positive change for the organization,” she said. “(He) possesses excellent communication skills and despite not having health experience, he brings to the table a range of management experience in public service which gives him the capacity to evaluate, assess and address a wide range of situations even in very demanding and difficult circumstances.”

While Lamouche stepped down as president, she remains an active member as the new secretary of the board.

With an opening at the table MCK chiefs, Bonspille said that the decision to leave the position vacant or call a by-election will be determined based on the electoral code in place and through consultation with the community.

“There will always be people who can fill a position while bringing something new and positive to the table,” said the grand chief. “The Council in Kanesatake does not lean on just one person – this is why we have several people in Council and no matter what, all major decision-making will continue to come from Kanehsata’kehró:non.”

A community meeting where the topic will be addressed is set to take place towards the end of February or in early March.