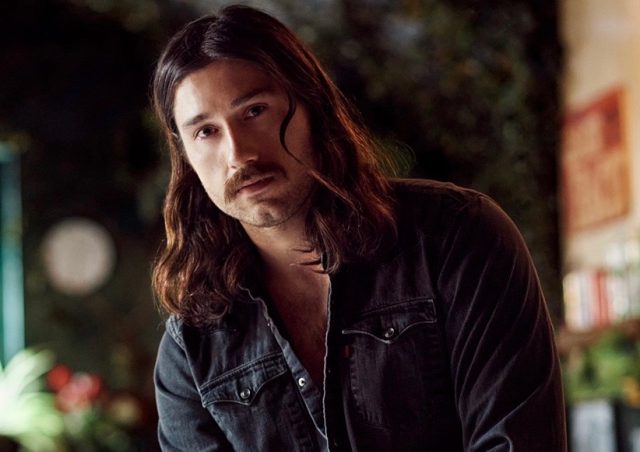 Kahnawa’kehró:non Brendt Thomas Diabo has topped the charts of the Indigenous Music Countdown for the second time in his musical career.

His song “Foolish Heart” first debuted on the countdown in mid-November, gradually climbing its way up until it hit #1 on February 12.

“It’s had a pretty good run, and it’s consistently climbed all the way to the top from the number 40 spot,” said Diabo.

He first wrote the song three years ago. Since then, he has worked on it with music producer Derek Downham, “who took on the song and produced it and kind of brought it to what it is now.”

Downham has worked with some big names in Canadian and Indigenous music: Gord Downie, Serena Ryder, Jayli Wolf, and Julian Taylor, to name a few. Diabo also worked with sound mixer Sydney Galbraith whom he collaborated with for the mixing of his previous records.

“We were kind of going for a more, like early ‘80s Steve Earle, Dwight Yoakam sound, and we managed to hone that in,” said Diabo.

As the lyrics and Diabo’s forlorn crooning lead the listener to surmise, the inspiration for the song came following a breakup. “It’s about one of the four shades of country music content. And one of those shades is heartbreak.”

“It’s masochistic in a way, but you write about what you know, and I kind of understood that concept very well at the time,” Diabo explained with a self-deprecating laugh.

The song will be included on an album that he has recently finished working on. He is in talks with record labels about releasing the album later this year, but nothing is finalized yet.

He is also in talks about the possibility of going on tour following the drop of this latest album. But with all the general uncertainty right now, it’s hard to say when that could happen.

“It’s hard to make concrete plans, and then they kind of dissolve as things go. It’s hard to really keep those commitments nowadays.

“I’ve been trying to get something going in Kahnawake, like a gig, but because of the pandemic, nothing is kind of really seemed to materialize,” he said. “I think once things settle down, I’ll definitely make my way back there.”

Diabo has been playing music since he was a teenager and has been signed in the past with group acts. Now, it’s been about eight years that he has been working in the industry.

“I was touring in a couple of bands across the country, and once the bottom fell out with those things, I wasn’t sure if I still wanted to pursue music, so I went to trade school,” he explained. “While I was in trade school, I don’t know what reignited it, but I decided to get back on the horse and pursue it.”

He thanked the local media outlets, his family, and the community for their support.

“I’m really appreciative of the support that I’ve continuously gotten from the community,” he said.

“There is a possibility that I’ll be nominated for an Indigenous Music Award again. So hopefully, I’d be able to go there, get the award and bring it back home for not just myself, but to make the community proud as well.”