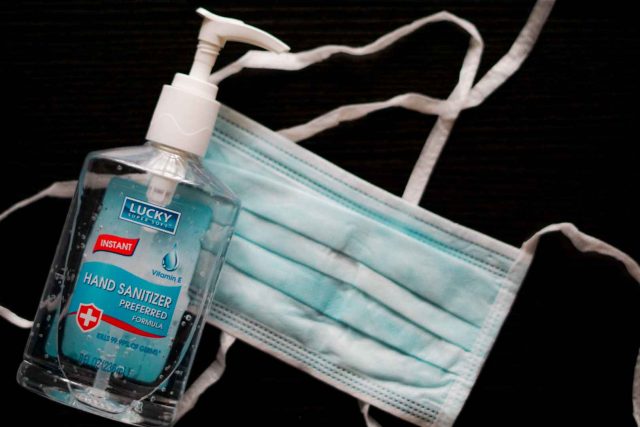 In a wave of restrictions being loosened, the Kahnawake COVID-19 Task Force announced the first steps towards reopening the community on Thursday, February 10.

Among the announcements made by the public health authority during a live update on the Kahnawake 911 Facebook page was the end of the State of Emergency, which was scheduled to either expire or be renewed on February 20.

“At this point in time, there is no intention of requesting or recommending an extension,” said the Task Force commissioner of Public Safety, Lloyd Phillips. “We will move into a recovery phase – and we want to see this phase happen as quickly and as safely as possible.”

According to Phillips, significant improvements with the state of COVID-19 were observed in the past few weeks.

The developments that followed the sharp increase in cases linked to the highly-transmissible Omicron variant are what allowed the Task Force to move forward with lessening restrictions and taking the first steps towards reopening the community, said Phillips.

The previous change in measures included the reopening at 50 percent capacity after a five-week closure for restaurants, bars, cigar lounges and other social clubs on January 31.

“Those have been some of the areas hit hardest throughout the pandemic with the (repeated) opening and closing,” noted Phillips.

Effective Monday, February 14, a list of restrictions will be dropped, including industries presently operating at half capacity, which will then be permitted to function at full capacity again.

Phillips said this was positive news not only in terms of seeing the local economy moving again, but also for employees who may not have been called back to work yet.

“There still is the requirement in many of these facilities for proof of vaccination, which is something that is currently being assessed,” the safety official pointed out.

The restriction imposing a limited capacity at funerals, ceremonial services, and places of worship will also be lifted as of Monday.

There will also no longer be restrictions for outdoor gatherings or indoor private gatherings, which previously were limited to 12 people.

“It’s certainly still recommended that we keep (those numbers) to a minimum, but we’re not going to have any form of directives issued for gatherings,” said Phillips.

While these restrictions are being waived, Kahnawa’kehró:non are being called to use their best judgement and do their assessments of what they deem to be safe for themselves and their families.

“Everyone has enough education and knowledge to make those decisions appropriately,” he said. “Especially if you have people who are (more) vulnerable within your household or within your gatherings to take those extra precautions.”

Sports have also been given the green light to return by the Task Force, but Phillips noted that leagues may themselves still impose some criteria if they feel this is required.

Live music, karaoke and shows will be permitted to resume under the public health measures that remain in place. No capacity limits will be in place at hall rentals. However, dancing is still prohibited.

“The Omicron wave came on very strong and fast, and then plateaued relatively quickly (followed by) a steady decline,” explained Phillips. “We’ve seen that around the world, and that was what we were hoping to see in Kahnawake – fortunately, that is the path we’re on.”

During the fifth wave dominated by the highly-transmissible variant, PCR testing in Kahnawake, as well as across Quebec, had to be called off for health care providers to concentrate their efforts on the increase in numbers of hospitalization.

In the latest figures reported by the Task Force, 223 cases had been registered in the latest wave, and 110 cases were active on the date of January 5.

The announcements made for Kahnawa’kehró:non closely follow the developments in measures being lifted elsewhere in the province by the government of Quebec.

Starting on February 12, limits for the number of people at private gatherings in Quebec will be lifted. Places of worship and showrooms will allow full capacity starting February 28.

In contrast to Kahnawake, restaurants in the province will maintain a limit on capacity until March 14.

In a month from Monday, large venues such as the Bell Centre and Videotron Centre will also reopen at full capacity. Funerals, wakes and weddings will also resume at 100 percent capacity as of March 14.

Drawing towards the end of the Task Force’s live update, Phillips further noted that the transition to a recovery phase for the community will also involve a shift in terms of decision-making moving forward.

“Things are progressing in the right way, and this is thanks to the cooperation of the entire community and support across the board,” he added. “We are getting really close to hopefully having that state of new normal relatively shortly.”