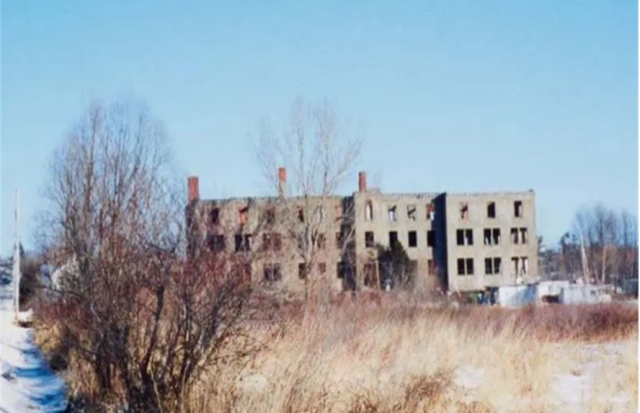 The Nisoonag Partnership, a coalition of three First Nations near Spanish, Ontario, is preparing for an investigation into whether there are unmarked graves at the former Spanish residential schools.

Kahnawa’kehró:non are among the Onkwehón:we who were taken from their communities and forced to attend the Spanish residential schools. A school for boys operated until 1958 and a school for girls until 1962.

Like other residential schools, these institutions were sites of abuse, founded to systematically dispossess Indigenous children of their culture and identity.

The federal government has dedicated $700,000 to the project for 2021-2022, according to Chief Brent Bissaillion of the Serpent River First Nation, which forms the Nisoonag Partnership along with Sagamok Anishnawbek First Nation and Mississauga First Nation.

The Nisoonag Partnership is still negotiating for additional money to fund needed mental health and cultural supports, according to Bissaillion.

“We really wanted to make sure that here in Spanish, we’re taking our time to ensure our elders are taken care of and getting these other supports,” said Bissaillion.

“There’s no rush to get to the bottom of it,” he said.

The Nisoonag Partnership is also exploring how to support survivors elsewhere, bringing in community coordinators to liaise with other affected communities, such as Kahnawake, and seek their input.

A search could begin as early as summer, but the investigation’s scope and logistics are still to be determined.

While the family that owns the grounds of the girls’ school has been cooperative, the site of the boys’ school has since yielded to a subdivision, a parking lot, a marina, and a small park. It still needs to be determined how this land is owned and where the boundaries of the search should be.

In all, about 1,100 acres need to be searched as part of the investigation, which is expected to take three years, according to Bissaillion.

“I grew up hearing all of these stories from community members and my own grandparents throughout the years, and I think there’s the sense of just, people just want to get to the truth of it all,” he said.

While the community hungers for truth, many also worry about the harm that could be caused by the investigation. It is not yet determined how to proceed given all the different viewpoints that need to be accommodated.

Ceremonies that have recently been held on the grounds have explored this tension.

“During ceremonies, those were some of the questions we asked,” said Bissaillion. “Now that these spirits have rested so long, is it right to disturb them?”

These conversations are still ongoing.

“We’ve announced the quote-unquote ‘investigations,’ but it doesn’t mean that we’re going to be digging,” he said. “Those are still things that are being worked on that are going to be informed by survivors.”

“The Nisoonag Partnership project is critical to helping reveal the painful truth around the atrocities that took place at the former Spanish residential schools and to enabling healing for the generations of survivors, family members, and community members that have been impacted,” said Ontario’s minister of Indigenous affairs, Greg Rickford.

“It is critical that all aspects of this work be Indigenous-led,” he said. “We will continue to seek guidance and direction from Indigenous leaders, communities, and residential school survivors and family members on the objectives, pace, and timelines of the work ahead.”

Like others in the community, the prospect of a search is emotional for Bissaillion.

It’s difficult for him to think of what his grandparents went through – what they have and haven’t told him about what they endured at the Spanish residential schools.

“I definitely get emotional talking about it, thinking about it, but I’m happy and grateful that it’s moving forward at this time,” he said.