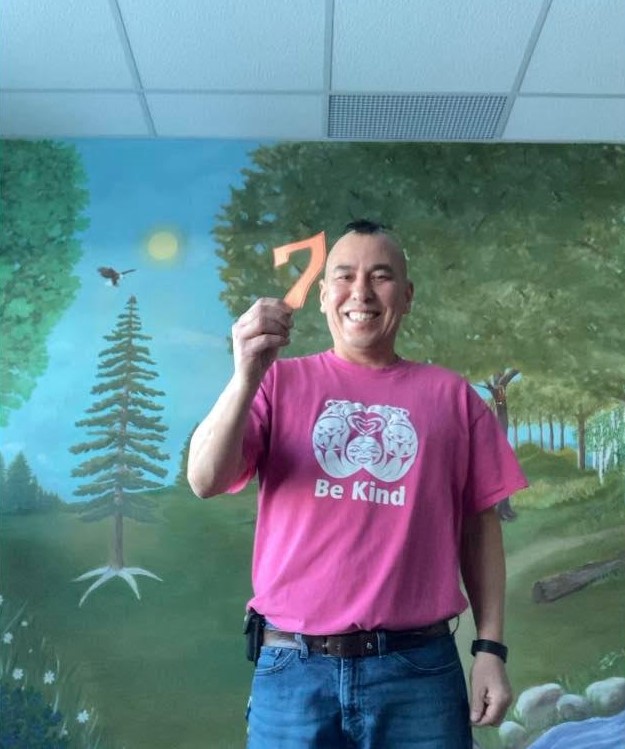 Jon McComber was too eager to sleep. Before the sun had even begun to rise, he sat straight in his bed as excitement continued building up.

“Every year is another milestone for me,” said the Kahnawa’kehró:non. “Around this same moment each year, I get time to reflect on the past: on who I was before and who I’ve become today.”

As a recovered person who spent what seemed like a lifetime suffering due to substance and alcohol use disorder, McComber described being overwhelmed with joy each year when he wakes up to celebrate another recovery anniversary on February 1.

Through all his success overcoming drug and alcohol addiction, McComber pointed to the darkest moments he faced, the countless demons he wrestled and the unintentional harm he caused to those dearest to him.

“I used to hide from my mom,” recounted the community member. “I stole, and I pawned everything I could to get the money I needed to buy drugs.”

To the best of his ability, McComber made his amends to the people he had hurt as he worked his way through the 12 suggested steps detailed in what is known as the “Big Book.”

He first heard about the book at the core of the Alcoholics Anonymous program while he himself attended meetings in Montreal almost a decade ago.

“I would show up with drugs on me – sometimes hungover or even half-drunk,” said McComber. “But for some reason, I kept on going back.”

Though he didn’t want to attend local meetings in Kahnawake at the time, he described feeling out of place and unable to relate with the crowds attending meetings in the city.

As he looked back on this experience today, McComber considered his judgment to have been clouded by a life plagued by racism and discrimination.

“All my life it was the Natives against others. But, still, there was something people talked about at meetings in Montreal that kept me coming,” he said. “I saw something there that kept me going back for two years (even) when I was still using – it’s like a seed had been planted.”

As he listened to people in recovery share their stories – or, as he called them, messages of hope – McComber began to realize he was attracted to what they had and the program which led them there.

This realization guided him to seek the support of an Indigenous man who became his sponsor.

“With the desperation of a drowning man, I reached out to him, and he showed up, straight to my mother’s house, where he showed me how I, too, could get well,” he said with gratitude in his voice. “I worked the steps, and now, my 12th step is to work with others.”

And so, on the evening before he celebrated his seventh year sober, McComber sat across from someone seeking what he had found.

“For three hours, we sat in my apartment, and I let him talk,” he added. “At the end of the day, we both shared something – like me with my sponsor seven years ago. He wanted what I have.”

Seeing the light that sparks in the eyes of a sponsee working towards recovery is a moment that brings an indescribable amount of reward, according to McComber.

“It’s like watching them actually start breathing,” he described.

Preferring the term spiritual advisor over the conventional sponsor title, McComber expressed feeling an innate connection with each sponsee he worked with over the years.

It’s the link shared between other people with substance and alcohol use disorder that influenced him to join online meetings throughout the pandemic.

“It all moved on Zoom, so I went there straight away,” he said about meetings with support groups that were restricted for an extended amount of time under public health measures.

Connecting with people in the United Kingdom, Australia and just about everywhere else, McComber was reminded of the bond which has continuously helped him in his recovery journey.

“They quote the same quotes, and they underline the same paragraphs as those I have underlined in the Big Book – the program is really worldwide,” he stated. “We know each other, and we lived the same horrors.”

As he persists in carrying on with resilience, the Kahnawa’kehró:non is sending a message of hope by extending his hand to others pursuing recovery.

Whether it’s with a call or a message online, McComber expressed his willingness to assist others in any way that he can.

“No one needs to suffer for as long as I have,” he said. “And if I have the opportunity to help someone, I want to do it because when I see the smile on my mom’s face today, it’s just the greatest thing on Earth.”