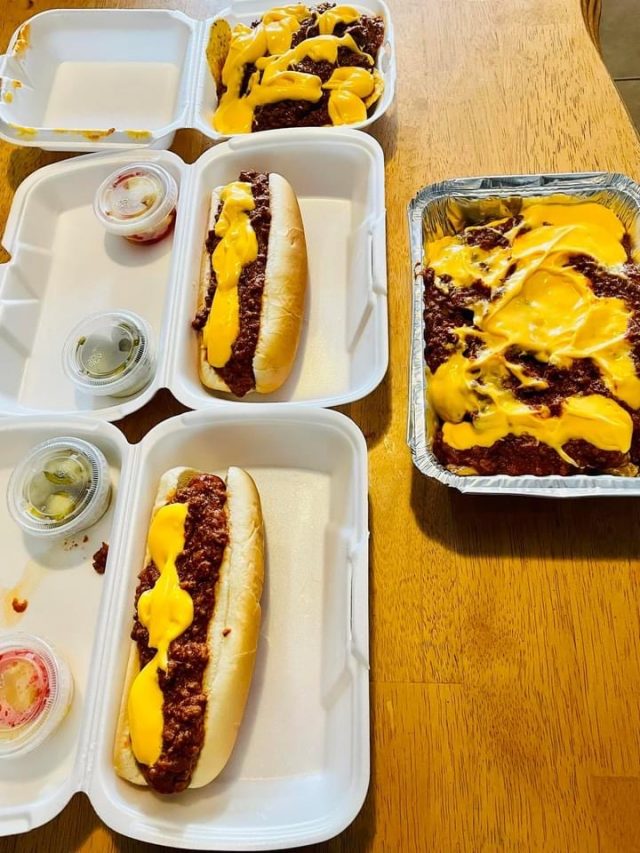 “This time around, I couldn’t wait,” said James Day, the man known for the Haunted Woods and Haunted Drive-By events that define Halloween in town.

Day had an idea for a new take-out stand, and he was too excited to let the fact he doesn’t have a stand yet stop him from firing up the fryer.

“I chose to do chilli dogs and stuff like that, stateside food,” he said. “I give them a taste like you would go to a fair and wait so long to get, but I’m bringing it right here, right to town.”

When the idea struck him, he approached it with the energy of a carnival barker. He didn’t waste time in cooking up some samples to share with friends, including one man who made him a little nervous – a chef.

“The only one I was worried about was hearing what he had to say,” said Day.

The chef asked Day when he was planning to open. “I was like ‘Soon, man,’” said Day.

“He was like, ‘Sooner than later because people need this, man.’”

With some minor adjustments at the chef’s suggestion, Day felt ready to open Haunted Dogs on Fridays, starting tonight, out of his home on South Creek Road across from the old Wishing Well.

“Everything I do, I throw ‘haunted’ in front of it like that, and it sticks,” he said.

He has plans to keep customers on their toes, whether that be with specials, raffles, or challenges, like a challenge to eat the hottest hot dog.

“I want to leave them in suspense,” he said.

He feels that the need for this food is partially brought on by the pandemic, a time when travelling stateside – a favourite pastime of many Kahnawa’kehró:non – is not the simple vacation it used to be.

Take a chilli dog, for instance. “That’s something that associates with the States, with fairs, with good times, with good memories,” he said.

Day is currently in the process of applying for a business grant with Tewatohnhi’saktha, Kahnawake’s economic development commission, which would enable him to scale up his operation with a take-out stand outside of his Haunted Woods. This would also allow him to open more often and for longer hours.

He hopes at least some of his kids will get involved and that he may soon be employing youth in the community as well.

“I’m trying to make a family business out of it,” he said.

He shares the venture with his girlfriend Nadine Diabo, an accountant. “She makes it so easy,” he said.

Fittingly, it was his mother who introduced him to the business. She used to run Ally’s on Old Malone Highway, a restaurant at which Day used to cook when he was younger. “I used to get compliments all the time,” he said.

“People like their hot stuff in town, so I just want to bring something different to the table,” Day said.

“I’ll be ordering chilli cheese fries and their famous chilli ghost dog,” said Jana Diabo. “I haven’t tried it yet, but I can’t wait to.”