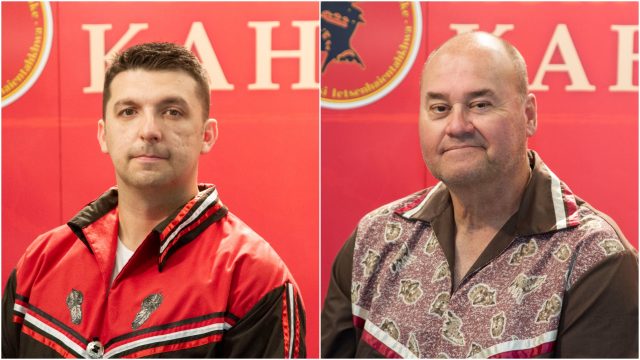 The Mohawk Council of Kahnawake (MCK) extended the State of Emergency this week, but the decision was not unanimous for the first time since the resolution was first passed.

The MCK announced that it extended the decree for another 30 days in accordance with the Kahnawake Emergency Preparedness Law.

“It was a very good conversation. To be able to have that dialogue with my colleagues and it’s nothing political at all motivating it,” said Diabo. “COVID is going to be with us for a very long time. It’s the transition to adapting and living with it now.”

Diabo said that with the likelihood of new variants emerging over the next couple of months, the community needs to start transitioning to living with the virus.

According to commissioner Phillips, the State of Emergency gives the Task Force clear lines of authority to make decisions regarding the direction of the pandemic response. It also clearly defines its mandate.

For example, if the worst-case scenario happened and all of the staff at the hospital suddenly got sick at the same time, the decree in place would allow the commissioner to temporarily direct MCK staff to fill certain positions.

“But in my perspective, I have faith that the community would respond, and they would do what they needed to. And even myself, if I needed, I would go there and do what I can. So, I don’t think we need the State of Emergency for that aspect. Although I understand why some people would feel more comfortable having it in place,” said Diabo.

In his perspective, the community needs to go back to a state of recovery and Council, along with the Task Force, needs to start talking and planning about what comes after that.

Additionally, Diabo said that his decision did not create any issues or friction with the other chiefs.

“At no point are we pitted against each other. We all bring different mindsets and experiences to the table. That is what makes it worthwhile. We don’t agree on everything all of the time. There is no division. It’s my standpoint,” he said.

He also said that it was harder to justify the restrictions in place without the number of active cases to back them up.

LeBorgne, for his part, said that although positive cases and hospitalizations remain high, everyone is tired at this point.

“We did everything that we were asked to do. And I am not talking about people who didn’t get vaccinated. But those of us who got all of the shots and followed all the measures… We are going into year three,” said LeBorgne.

The chief stressed that people need to continue to wear masks, disinfect, social distance, and get vaccinated.

“I have read that this is going to be something that will be with us forever, basically. I think all of the damage that has been done to children psychologically and in terms of education, people that have died alone, people that haven’t been able to see their loved ones – I think we have come to the point where we have to move on as a society,” he said.

Both chiefs stated that they believe a big part of the problem lies with the federal and provincial governments as previous administrations gutted the health care system.

“I respect my colleagues. I respect Lloyd and the Task Force. They are doing everything that they can do, and what they think is the right thing to do,” said LeBorgne.

The commissioner said that the Task Force had hoped that an extension would not be necessary, the current wave made it necessary to do so.

“Everybody is really tired of dealing with the pandemic, but it still doesn’t change the fact that it was the right thing to do. The Task Force will continue to do what it has to until it sees the community through this latest wave.”

Phillips said that the Task Force is optimistic that this might be the last extension based on the projections they have seen in terms of Omicron.