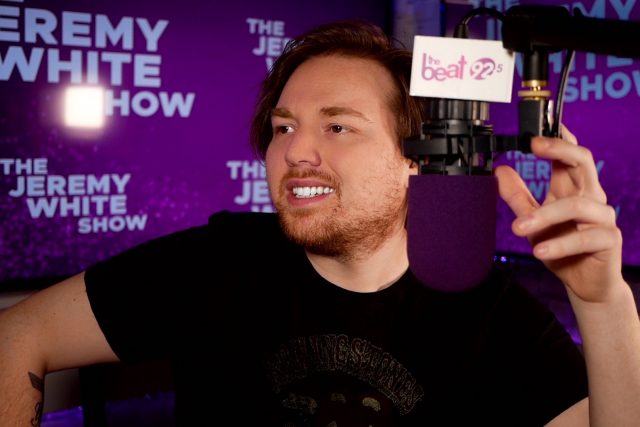 Next month marks Kahnawa’kehró:non Jeremy White’s 10-year anniversary at The Beat 92.5. It is quite an accomplishment, especially for someone who never imagined having a career in broadcasting.

“It’s remarkable to think about. Careers in the media industry are so scarce these days and to hold on to a position at the same radio station for 10 years is pretty nuts!”

White was just 15 years old when he started working at K103, after Lance Delisle and Chuck Barnett gave him a chance.

“They guided me and basically gave me all of the tools to decide whether or not I wanted to do this, and I liked it,” he said.

The broadcaster said that originally when The Beat first approached him, he was in shock because he had always wanted to work at CHOM 97.7.

“I was always the rock guy. I always loved Van Halen and Def Leppard. But it wasn’t only that, I was also a big pop music fan. I loved Shania Twain and loved the Backstreet Boys. I have always just been a music fan,” said White.

He said that he was hesitant to even consider the possibility of working at The Beat because it was a pop station.

“When I first met with the program director at the time, he basically said to me, ‘Once you have done one format in radio, you can do any format.’ He told me that I had a lot of potential,” he said.

After going on a tour of the radio station with the program director, White was offered a position, and the rest, as they say, is history.

He said that he was able to hone his skills at The Beat by listening to veterans and radio legends.

“I never went to broadcasting school. They always say trial by fire is the best school, and I literally learned on the job. I learned by listening to Donna Saker and Cat Spencer. And I also learned so much working with Lance at K103. I had a great basis,” said the broadcaster.

White’s radio shows have consistently been at the top of the ratings over the last few years. Just last month, all of his shows on The Beat were number one in Montreal.

“I don’t sound like a Montreal radio announcer. I kind of modelled myself after international radio, and I think that sort of sets me apart from everybody else a little bit,” said White.

White said that over the past 10 years, he had many incredible opportunities both professionally and personally, and he is grateful for every last one.

“There are so many highlights! The amount of concerts and backstage passes and ticket stubs and hangovers that I have collected over the years is pretty remarkable,” he said, laughing.

“One that definitely stands out for me is interviewing Shania Twain in a hotel suite at the Queen Elizabeth Hotel in Montreal. I will never forget that. It was one of the greatest days ever.”

White said that even though he had been instructed not to ask for an autograph or picture, Twain nevertheless signed his album and took a selfie with him.

“She was just great,” he said.