Skip to content
You are here
Home > News > Remembrance Day 2021 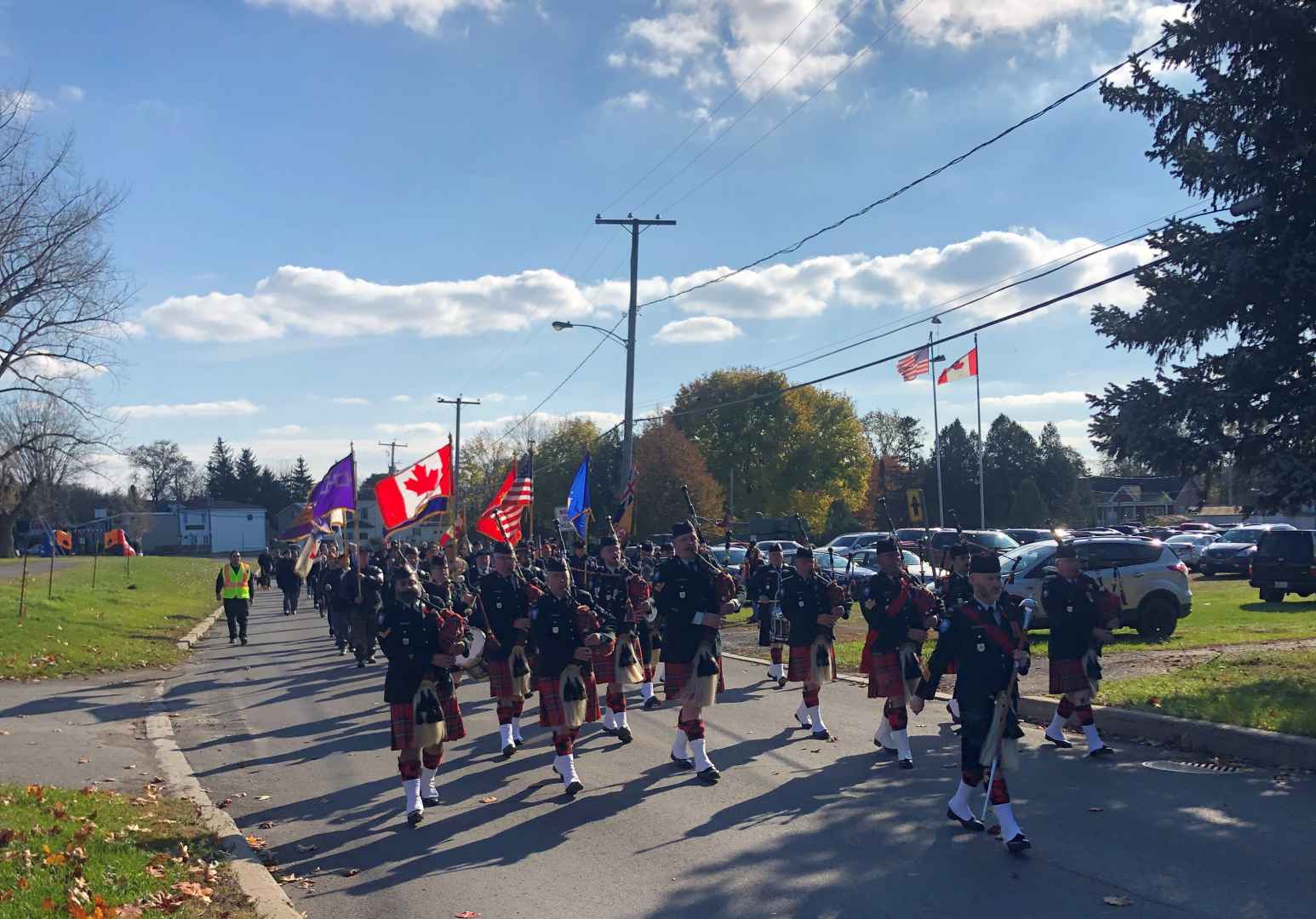 It was a sunny, relatively warm Saturday on November 6 as Kahnawa’kehró:non gathered to honour veterans at the Remembrance Day parade.

“I’m ecstatic,” said Royal Canadian Legion Mohawk Branch 219 president Ray Deer. “You can’t beat the weather today, everybody came out, and we’re doing what we had done before the pandemic, so it’s a little bit of normalcy.”

After 2020’s muted celebration, which did not include a parade, Deer and the others at the Legion were pleased to return to the pre-pandemic traditions, modifying slightly to accommodate social distancing.

After the veterans’ breakfast, then a visit to the catholic and protestant cemeteries, the paraders got into formation at the Legion. A jovial energy permeated the air as the Black Watch rehearsed one last time before the parade kicked off.

“Obviously, being the new grand chief, this is my first time actually participating in the Remembrance Day Parade,” she told The Eastern Door. “It’s very beautiful to see everybody here gathered to honour all of the service men and women who have served in the military over the years. It’s a really nice experience.”

“When it comes to Indigenous veterans, there’s a particular story behind that. Not only one of over-representation in service for this country, but also of not being treated well afterwards,” he said. “I think recognizing that as a minister of the Crown is very important. And I have a lot of friends here (in Kahnawake), so it’s nice to catch up.”

With the marchers in formation, Deer spoke briefly of the importance of the parade for the Legion, which celebrates its 70th anniversary this year.

“Seventy years ago, our veterans from World War II came out and started this Legion. So remember that today,” he told the marchers.

Off they went along River Road, led by the Black Watch, toward the cenotaph. Parade attendees watched from the sidelines, holding up phones and the occasional feather.

At the cenotaph, the proceedings began with a prayer, then Sky-Deer, Miller and justice minister David Lametti were invited to say a few words.

“It’s an honour and privilege to stand here with you all today,” said Sky-Deer.

Miller spoke in Kanien’kéha, then repeated himself in English.

“Let’s pay our respects, and let’s honour those who died for us so that we could live in peace and our minds be that way, and let us remember,” he said.

Lametti thanked Sky-Deer for the invitation to attend the event.

“It’s an honour to be with you here today to celebrate those who have fallen in service to fight for peace, to fight for our ability to move forward in peace and harmony with each other, and learning from each other,” he said.

Following a presentation of the Warrior Song by the Red Tail Spirit Singers was the wreath-laying ceremony honouring veterans, before the procession returned to the Legion to continue Remembrance Day festivities.

Heading back towards the Legion, Deer spoke of the comfort of being able to resume this event after last year’s absence.

“As veterans and as soldiers, marching is part of what you’ve done your whole life. To not do that is kind of strange,” he said.

Flags across Canada, which had been lowered to half-staff on May 30 following the discovery of unmarked graves at the former Kamloops Indian Residential School, were raised on Sunday, November 7, so they could be re-lowered on Monday in honour of Indigenous veterans.

They were then re-lowered again on Thursday for Remembrance Day. They are now flying at full staff, but the federal government announced that they will be lowered on September 30, 2022, for the National Day for Truth and Reconciliation.

When asked about the flags being raised for the first time since May, Deer said that Canada can do as it may, and Kahnawake will do the same.

“That’s up to Canada, and it’s up to the prime minister to make that decision for Canadians,” he said. “But as far as here in our community, we’ve always done things the Mohawk way. We don’t follow the same practices.” 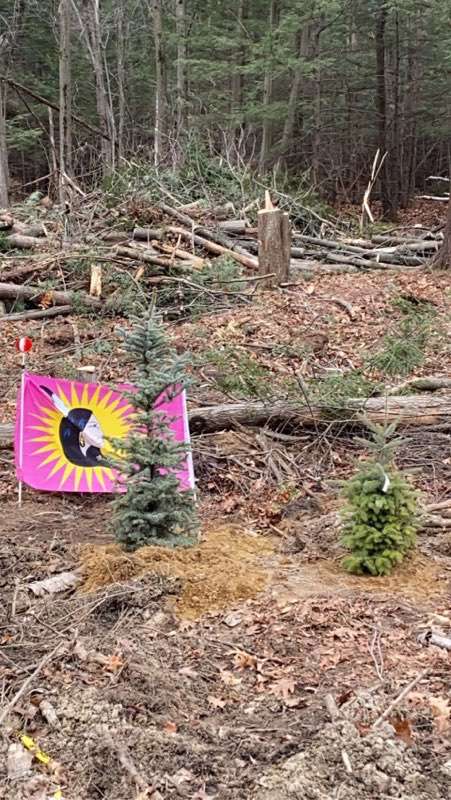 Women stand up to protect trees

Blast from the Past: Swinging and putting during a heated summer