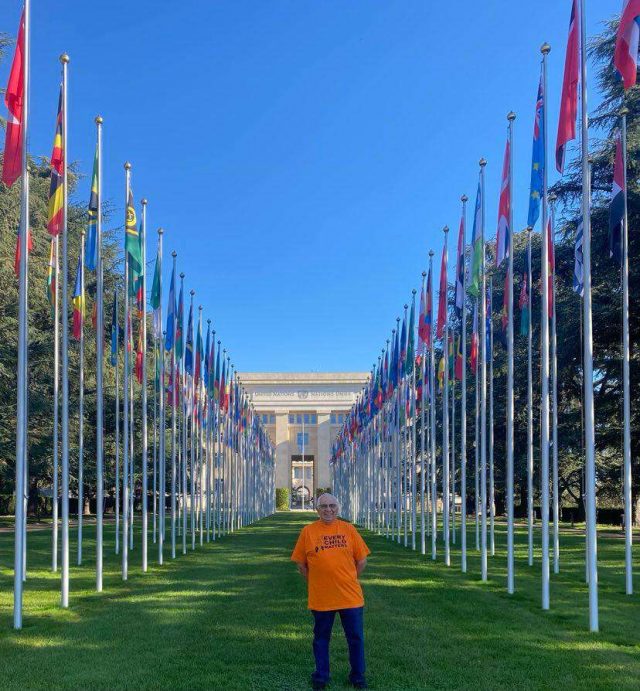 Kenneth Deer is no stranger to the workings of the United Nations (UN).

Starting as a member of the Working Group on Indigenous Peoples in 1987, and later playing a role in drafting the UN Declaration on the Rights of Indigenous Peoples, Deer is intimately familiar with this international organization and the way it engages with Onkwehón:we.

Now, he and other Indigenous leaders are pushing for their right to appropriate participation at the UN.

“When the UN was created, it gave two levels of participation: one to member states and the other to non-governmental
organizations (NGOs),” Deer explained.

This has the effect of denying Indigenous nations a seat at the table, as they don’t fit in either category.

“Indigenous Peoples have governments, so we are not NGOs, so we don’t register as NGOs in the UN system. Therefore, we can’t speak as our own governments.”

At the 2014 UN World Conference on Indigenous Peoples, the UN General Assembly adopted a resolution to facilitate the
participation of Onkwehón:we in the organization.

Deer said this could take the shape of a new status for membership, similar to the non-member observer status that was granted to Palestine.

“There are hundreds of entities that have this status in the UN,” said Deer.

This includes the Vatican, the African Union, the European Union, and international NGOs like the International Olympic Committee or the Red Cross.

“We have been in a five-year campaign to achieve this new status,” he explained.

As part of that campaign, Deer just returned from Geneva, Switzerland, where he was involved in negotiating a resolution
at the UN Human Rights Council.

The resolution calls for the creation of a four-day workshop to elaborate on what this increased participation in the UN will resemble.

“For instance, questions of who will get this status, who will decide who gets this status, what will this new status mean in terms of participating in the UN,” he said. “There are important and controversial questions.”

This workshop will likely take place in 2022.

Deer’s wisdom about self-determination, racism, and the struggle for recognition at the UN and beyond is currently featured in an exhibit at the Museum of Ethnography of Geneva (MEG) on display until August 21, 2022.

The exhibit, “Environmental Injustice – Indigenous Peoples’ Alternatives,” looks at the ways the Indigenous Peoples of the
world are responding to the consequences of the climate crisis. It situates this fight for a sustainable future within a broader struggle for political autonomy, which is where Deer’s testimony comes most in handy.

To further elaborate on political autonomy and the right to self-determination, Deer’s Haudenosaunee passports are
on display. In a video for the exhibit, Deer explained that given the symbolism of a passport in terms of representing a person’s identity, he only travels with a Haudenosaunee passport.

A portion of the exhibit recounts the story of Deskaheh Levi General, the Cayuga chief who travelled to Geneva in 1923 with the goal of addressing the League of Nations, the predecessor of the UN. He sought an explanation and compensation for Haudenosaunee land theft committed by the British and later Canada.

Deskaheh was never granted permission to speak to the League as Great Britain and Canada argued the Haudenosaunee was not a member state. Therefore, they could not allow him to address the member states.

“Which was not true,” Deer explained in the video interview. “Many, many delegations addressed the League of Nations who were not members, so we felt that he was really discriminated against.”

Deskaheh tried to join the League on behalf of the Haudenosaunee, and a signed letter requesting membership is part of
the exhibit.

Deer told The Eastern Door that this continued fight for participation that he has been involved in for years all started with
Deskaheh.

“Indigenous Peoples have been demanding an appropriate level of participation in the UN for decades.”