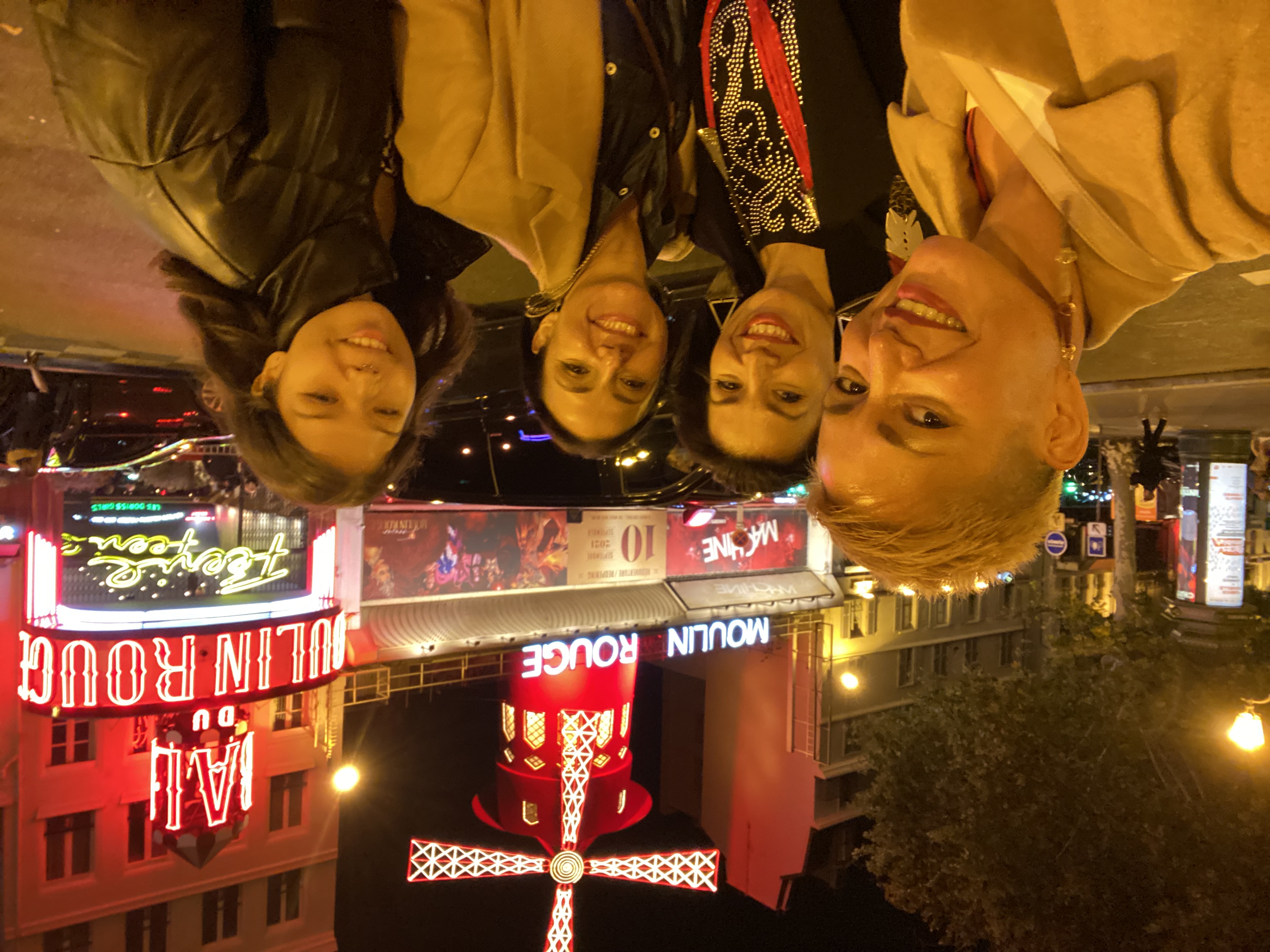 “What’s the worst thing that could happen?” is what Waneek Horn-Miller asked herself as she walked down the runway.

“I guess I could trip and fall,” she laughed, while recounting her Paris City Fashion Week experience in an interview with The Eastern Door.

As a mother of three in her 40s and a former Olympian, Horn-Miller’s appearance was by no means conventional at the international fashion event where she walked the runway on Saturday, October 2.

“I’ve been around the block a couple times, and I’ve been through many battles. I have my scrapes, but I’ve gotten myself
up, and it’s given me the confidence to do this.”

It’s the scars and triumphs Horn-Miller proudly wears as badges that inspired Ojibway designer Tracy Toulouse to recruit
the Kahnawa’kehró:non as a model for her inaugural debut in the City of Light.

“I wanted to represent our people front row and centre,” said Toulouse, who is a member of the Sagamok Anishnawbek First Nation. “I also needed someone who carried the spirit of what I carry – that pride of who we are and where we are going.”

Showcasing her brand Swirling Wind at the American Cathedral in Paris was an opportunity for Toulouse to generate interest for Onkwehón:we designs, as well as honour the resilience of First Peoples.

On the runway, the designer presented leather pieces adorned with fringe, featuring horse designs traditionally representing the animal, which carries heart medicine; along with thunderbird patterns symbolizing the one that cures people and takes away their sickness.

“Bringing those two stories for me was about healing, especially in terms of residential schools. This was where this collection was born,” expressed Toulouse.

“My mother is a residential school survivor, so everything we’ve experienced in her life, mine and my grandmother who had to send her children away, all those things culminated in this moment.”

From the feathers to the fringe, every element included in the garments designed by the Ojibway artist was emblematic of
the continued resilience shown by Onkwehón:we.

“The fringe under the arms represents the wings, which show resilience in flying back into our spirit as who we were intended to be after everything was taken away from us during those dark years,” explained Toulouse.

The significance of the 2022 design collection further materialized in the overall experience the designer sought to bring to the French capital’s fashion scene.

Along with a diverse roster of models on stage, Toulouse ensured representation behind the scene.

“I can’t believe the simplicity and power of the universe to bring us all together in a moment where we were so unsure because of these uncertain times,” expressed Angie-Pepper O’Bomsawin, an Abenaki and Kanien’kehá:ka screen producer who lives in Kahnawake. At the Paris event, O’Bomsawin took on the role of photographer for Swirling Wind.

“Now we’re all going home more powerful and stronger, knowing that we showed our presence was undeniable. Because you can’t ignore what we brought to the stage – we took over the show,” she said.

Although O’Bomsawin usually wears the hat of producer, director and writer, she saw an undeniably rewarding opportunity in joining her sister, Horn-Miller, and Toulouse in their adventure abroad.

“It’s about authenticity, owning your power, your sexuality and your boldness. It’s about contemporary blends with our
traditional magnetism.”

The mighty team was made complete with Toulouse’s 19-year-old daughter, Scarlett, who commanded the audience’s
attention as she also took over the runway on Saturday.

“This was four powerhouse women,” said O’Bomsawin, emphasizing how much of a “natural born” model the youngest of the group is.

While the idea of being a runway model appealed to Horn-Miller at 45, it’s an opportunity the athlete asserted she would’ve rejected had she been in her 20s.

All the while in awe of Scarlett’s confidence, the Kahnawa’kehró:non expressed that it was her maturity and life experience that gave her the boldness to strut the stage.

“I told myself to look confident, give off that vibe and try to channel all the generations of women that came before me. All
those who have shown me how to be strong, be a warrior and be beautiful; on the inside and out,” said Horn-Miller.

“Because it’s all of those women around me who have come before me that represent exactly what I was trying to show when I was out there on the catwalk.”

According to O’Bomsawin, refusing to conform to the Parisian norm is exactly what allowed the group of Onkwehón:we women to make a lasting impression.

“We stick out for all of our oddness, but by embracing that oddness together, we created a whole new vibe that people are intrigued by, interested in and want to get on board with,” she said.

Despite the trip overseas having come to an end, Toulouse is more confident than ever that Indigenous artists are bound to break all barriers and shine through.

“I realized many years ago that there is this place in the market for this and for us,” said the designer. “Even with all our
challenges with life, motherhood, children and family, we’re still here and at it. Right now, it’s taking a big leap forward for us all, and it feels very magical.”

Remembering Chanie’s journey through the forest