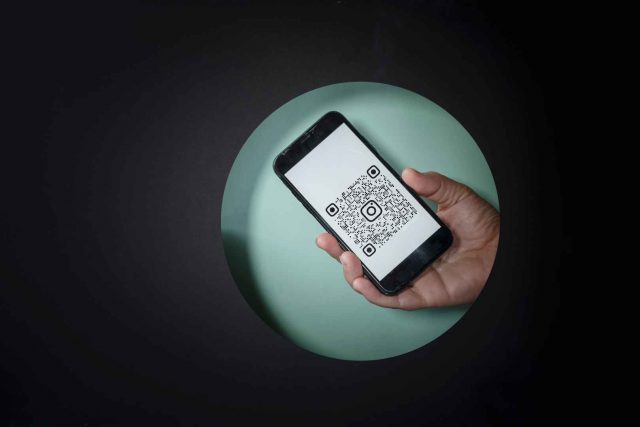 Following the announcement by Public Safety commissioner Lloyd Phillips that a vaccine passport would be implemented in the community, the Kanien’kehá:ka Nation at Kahnawake released a statement opposing the new safety measure.

“No one is opposing non-locals from being required to have a vaccine passport to do business in the community,” said 207 Longhouse spokesperson Tommy Deer.

“If the concern is an influx of non-locals coming to our community, then deal with them specifically. Our position opposes a vaccine passport requirement for community members to conduct their business in their own community.

Furthermore, Deer said that considering that the vaccine passport will not be applicable to essential services and the retail sector, it seemed like an unnecessary protocol that only follows what the province of Quebec is doing.

In the press release, the Longhouse said that they feared that the passport would infringe on the personal rights and freedoms of community members. Additionally, it stated that it would create two classes of Kahnawa’kehró:non.

It stated that it would potentially invite a foreign jurisdiction into the territory, which could hurt the community’s right to self-determination.

“The Longhouse encourages continued vigilance through wearing masks, social distancing, and hand sanitizing – like we’ve been doing since the pandemic started. It’s been effective, and our community has been doing well, all things considered,” said Deer.

Alarmed by the news of the vaccine passport, many in the community started to mobilize online, culminating with a protest on Rabaska Road followed by a meeting at the people’s fire at Tekakwitha Island on Sunday.

Around 40 people gathered at the corner of Rabaska Road, holding up signs in protest of the vaccine passport.

Community member Peggy Mayo-Standup, who has received both doses of the vaccine, disagrees with the passport.

“I am not a conspiracy theorist. I believe in science. If I didn’t, I would not have gotten the vaccine, neither would my husband (Winston Standup),” said Mayo-Standup.

She explained that with all of the businesses in Kahnawake following the current safety measures and requiring a mask before allowing customers to enter their establishments, she doesn’t understand why Public Safety and local Public Health are implementing a vaccine passport.

“Common sense tells me that these (masking, social distance and hygiene) are the protocols that we need and will continue to follow. I respect them. What is the issue here?”

Mayo-Standup said that after reading and hearing community members’ comments, she believes that people are upset because they feel like this is a way to force the unvaccinated to get the vaccine.

Last week, commissioner Phillips said implementing a vaccine passport in Kahnawake would prevent non-locals from flocking to the community in an attempt to circumvent Quebec’s safety measures, similar to what happened during Quebec’s lockdown.

“The decision is purely based on science and health, and that is what has been guiding us throughout the entire pandemic,” said Phillips.

During the people’s meeting on Sunday evening, community members expressed their concerns regarding the passport. Among the people who showed up included the Mohawk Council of Kahnawake (MCK) grand chief Kahsennenhawe Sky-Deer, along with several council chiefs.

“The people who attended the fire on the island are against the implementation of the vaccination passport. The Council table has had and is still holding discussions with Public Safety about the issue so we can ensure that all information is taken into consideration,” said Rice.

Furthermore, the grand chief said that just like the Longhouse, the people at the meeting are open to having a vaccine passport exclusively for non-locals that enter the community.

“There is already a perception that you can come to Kahnawake and do whatever. We would like to ensure that our restaurants and establishments here in the community have some protection from external (sources),” said Sky-Deer.

Since last Friday, Public Safety commissioner Phillips and Council have met on multiple occasions to discuss the vaccine passport and potential alternatives.

“There hasn’t yet been any official conclusion as to what is going to be the full implementation of this. But I had to relay some of the messages of what I had been hearing in the community, like at the fire, but also in other places like social media,” said the grand chief.

She added that many people have also contacted her directly regarding the issue.

“I think it will be a tough decision. Whose decision is it? I believe it rests with Public Health and Public Safety, but we have a responsibility as well to the people that elect us,” she said.

Like Mayo-Standup, SkyDeer said that some people in the community perceive the vaccine passport as a bullying tactic to get people vaccinated.

“I know that is what people are feeling or that they will become second-class citizens in our community,” said Sky-Deer.

Kahnawa’kehró:non Carla Lazare and Konwatsitsawi Deering, who are also against the vaccine passport, attended the meeting on Sunday.

“I think the people are going to get louder and louder and stand against this if they go ahead with it,” said Deering. “I’ve already seen several restaurants in town post that they won’t be following the passport rules, and allowing everyone into their business.”

Lazare said that the issue was dividing the community and that most people she had spoken to were completely against it.

However, not everyone in Kahnawake feels the same way.

A community member who asked to remain anonymous because of the contentious nature of the situation believes it is the right decision.

They said that if Kahnawake does not want a vaccine passport, then those who are not vaccinated must take greater responsibility when it comes to the safety of the community.

“I attended a celebration recently were two families gathered, and children were in attendance. At a local restaurant, masked and then unmasked at the table. Individuals who I know are unvaccinated joined the gathering,” they said.

“And they did not take it upon themselves to advise that they are unvaccinated and if any of us were uncomfortable. Luckily, we were a bit physically distant. We all have to take responsibility if no passport is in place.”

Phillips said that Public Safety and Public Health expected the backlash because it impacts the whole community and because it has been turned into a political issue.

“The goal of what this is trying to do makes sense. The Delta variant is in our community, so we need to take some steps to mitigate it, and this is one of many that have to be implemented to make sure that we stay safe,” he said.

He acknowledged the many concerns expressed by the community, but said that it was necessary to stay on the path to recovery and avoid further measures like having to reinstate the state of emergency, or having to close down businesses again.

“Nobody wants to go down that path. It’s a critical stage in the community,” he said.

“Even our internal resources through Public Health and Public Safety are stretched extremely thin, and the ability to do an appropriate response in case of a major outbreak is threatened because of the longevity of the pandemic.”

He stressed that other alternatives were explored and discussed with Council, but that the vaccine passport is the appropriate one.

On Thursday, local Public Health invited a physician from regional Public Health who explained to Council the scientific predictions regarding the spread of the variant in Kahnawake and across the province.

“It’s a potentially scary scenario that we see in the coming months,” said the commissioner.

Nevertheless, with so much criticism surrounding the vaccine passport, Phillips said that Council will be making an official decision in the coming days.

According to Public Safety, the community will be getting more information on the safety measures next week.

“We will see in the coming days where exactly this is going and how this will be implemented and to what extent, because there are some options and flexibility,” said Phillips.