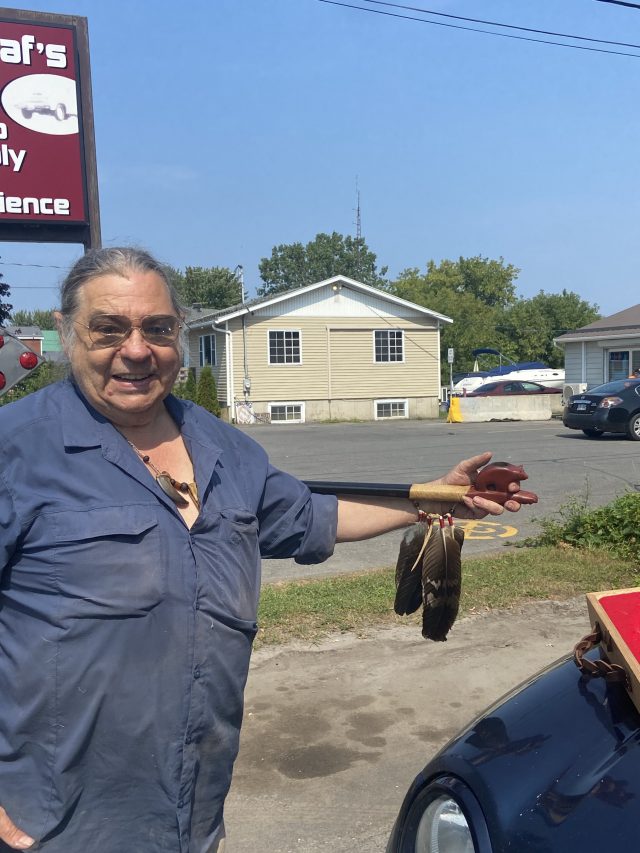 Mi’kmaq elder Nick Huard started packing in July for a move down the street near the tunnel, as his current home, which doubles as his studio, will soon be torn down.

Huard, who is also a residential school survivor, has lived in Kahnawake for the past 30 years, having moved to town after the Oka Crisis in 1990.

The elder can be found in a trailer home, literally a few hundred feet from the one he was in, which requires the installation of a kitchen and bathroom.

In response to this displacement, community member Kristy Taylor, with the help of The Eastern Door, organized a raffle to help fund construction for these essential amenities.

“I have known Nicky for over 30 years, and he is very artistic,” said Taylor.

In fact, Huard is a gifted artist and a master dreamcatcher maker, an Artic specialist, and a feature film consultant.

The elder has used his creative gift to hand carve two ceremonial pipes for the auction.

“The bol is made of catlinite, sacred pipestone,” said Huard of the two pipes. “The stem is made of padauk, coral, semi-precious wood, in cedar and birch boxes. That catlinite is from Arizona, and the padauk is from Africa.” 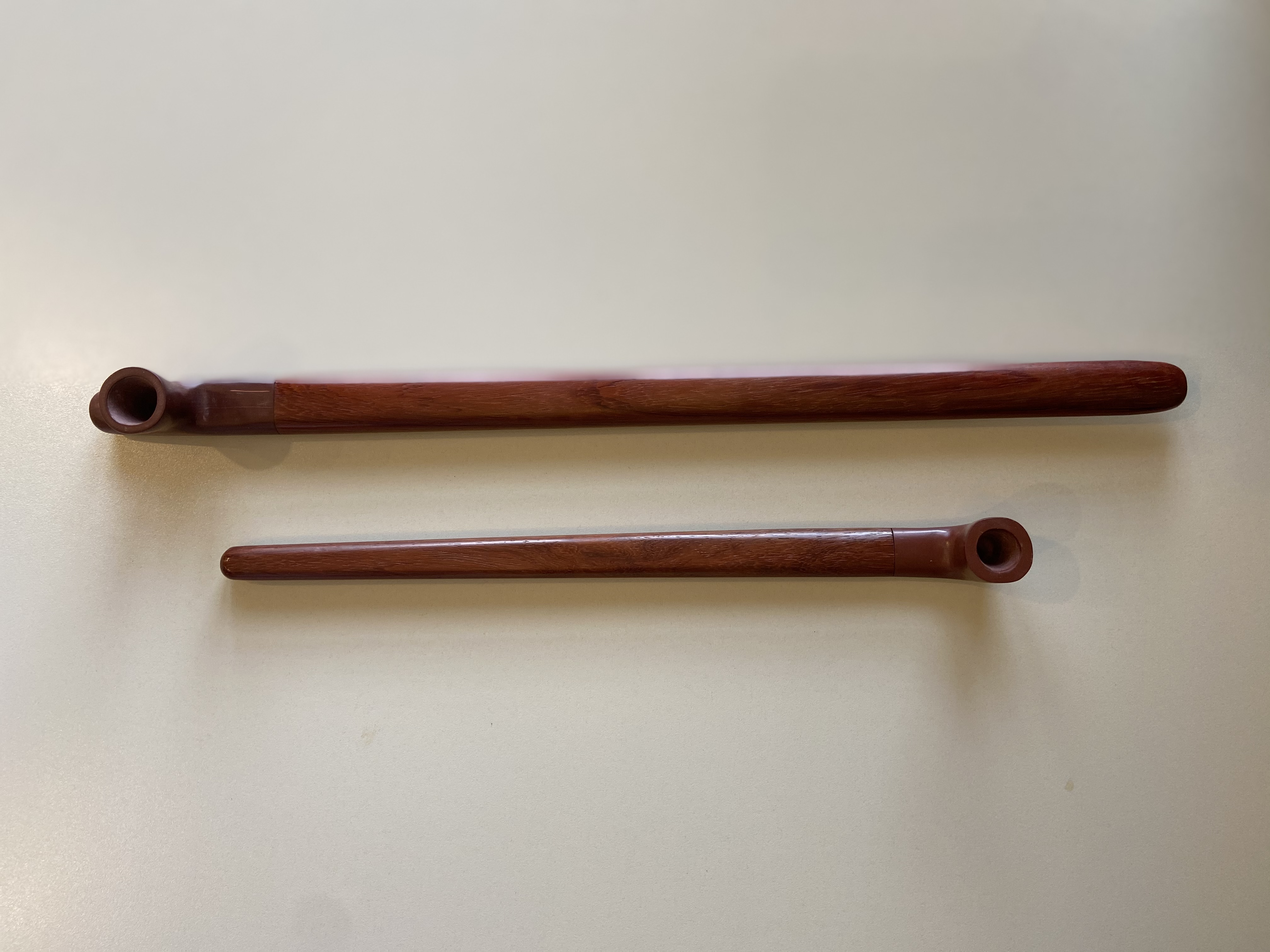 “You can buy a raffle ticket for $25, and we are selling 100 tickets, and as soon as all of the tickets are all sold, then we will be pulling two people at random for each pipe,” Taylor.

The elder has also been a consultant in over 22 feature films, including the 1999 movie Grey Owl, starting Pierce Brosman. “It was actually one of the best films I have worked on.”

He said that it was the constant misrepresentation of Indigenous Peoples and culture in cinema that pushed him to get involved in the industry.

“I just didn’t like the way that we were being portrayed. When you see they put a village on a slope of a hill. What is that? National defence? It just doesn’t make sense. I was offended,” said Huard.

At 72, Huard admits that he has lived an adventurous and exciting life full of incredible highs and painful lows. “It is never fun to move, especially on one leg. I also don’t cope well with the heat. So, the last thing I am moving out is the air conditioner,” he said.

The elder spent years in the 70s and 80s working as a war correspondent in places like Vietnam and Nicaragua. It was while doing this dangerous work that he suffered many debilitating injuries that still affect him today.

“I have no femur in my right leg, so I walk crooked, which has caused a bad back. My arms are also no good. The doctors wanted to amputate one after an accident,” said Huard.

While planning and packing and arranging for his move, the elder continues to work and create.

“I never create the same piece twice. Every piece is registered, photographed and catalogued. If you purchase one of my pieces, you can be assured that it is the only one like that,” he said. peTaylor and The Eastern Door are hoping to sell the 100 raffle tickets as soon as possible to get the construction going because the elder must move by September.

To purchase tickets, please send a message and e-transfer to stevebonspiel@hotmail.com.