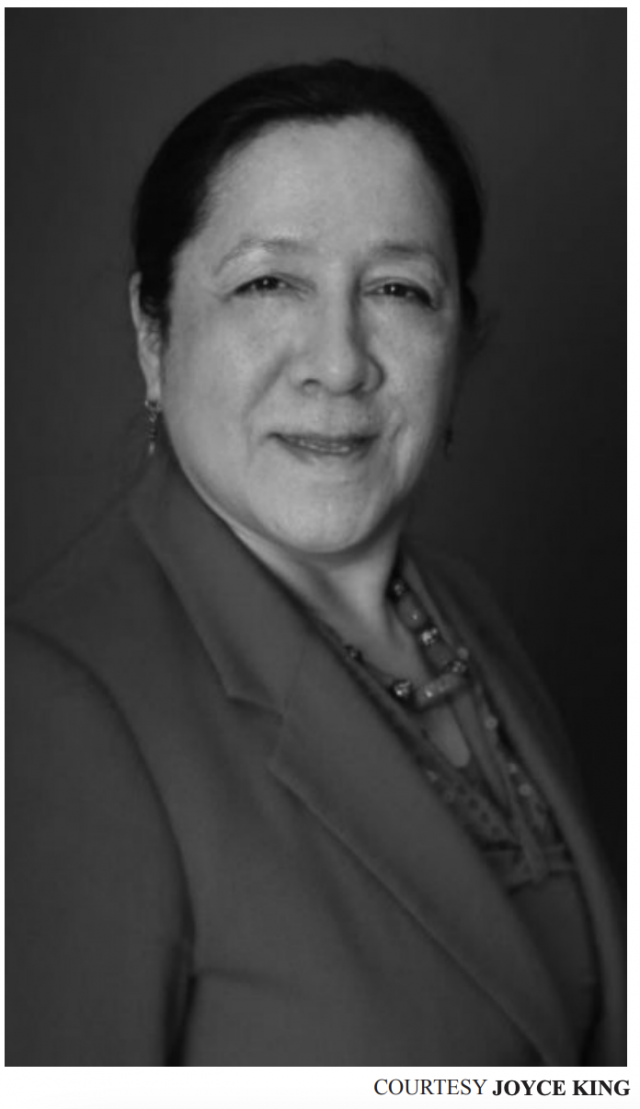 Recently, Joyce King from Akwesasne was appointed as Justice of the Peace to the court of Kahnawake on a supernumerary basis.

But this is not King’s first appointment in town, as she actually presided over the Kahnawake Court from 1990 to 1993.

“I will use my appointment for the benefit of the community and to make sure that it is an Indigenous person working with Indigenous communities,” said King.

King has an impressive resume with years of experience working in the justice system. She is currently the director of the Akwesasne Justice Department for the Mohawk Council of Akwesasne.

“Probably not too many people can say this, but I have worked with all three governments here in Akwesasne,” said the director.

Kevin Fleischer, the commissioner of Justice at the court of Kahnawake, said that King was brought in to ensure the continuity of operations at the court.

“We only had two justices of the peace in the community and we understand that there is a moratorium by Canada on the further appointment of what is called Section 107 Justice of the Peace,” said Fleischer.

The two justices in question are Stephanie Cross and Sam Kirby. Kirby was retired but was brought back on a supernumerary basis after the passing of the late Josie Curotte in 2019.

“So essentially, no more justices are being created. But if there was someone out there who was previously appointed, we could have them preside at our court. The appointments have no territorial limitations,” he said.

According to Fleischer, Canada stopped designating justices of the peace in 2003, a move King disagrees with.

“It is unfortunate because that is recognition from Canada to have an Indigenous justice system. And when they stopped it – they did not put any policies in place except for the Indian Act.

“To me, it means that if an Indigenous court was to come about, it would not be recognized. It would have to go through an agreement between the Indigenous nation and the provincial government,” said King.

The commissioner said that it was in the interest of justice and the community to have an extra justice available in the event that the other two fall ill, retire, or if there is a conflict of interest or they are otherwise unavailable.

Since the moratorium, the number of existing justices has dwindled and is extremely limited.

Fleischer said that he recently went to Council and proposed an administrative redesignation for Kirby because, after Curotte’s passing, he has played a much bigger role than initially anticipated.

“In other words, we put Sam back into the regular rotation of our justices of the peace of the court,” he said.

And what of the Justice Act?

The Kahnawake Justice Act was enacted in 2015.

The commissioner explained that the main reason for creating the act was the result of Canada’s moratorium on designating justices of the peace.

“Because if we didn’t have any justices of the peace, then we would not have a court. Justice Services is actively working towards implementing the Justice Act,” said Fleischer.

In fact, the team at Justice Services is currently working on a file transfer protocol for the transfer of files from the court of Kahnawake to Skén:nen A’Onsonton (alternative dispute resolution).

“There are these certain types of issues that go to our court that might be better resolved using restorative justice practices,” he said.

Furthermore, since last summer, there has also been a technical drafting committee working on the regulations for an administrative tribunal.

The team has been developing the rules for the institution and management of the tribunal, the rules of evidence and procedure, selection of members, disciplinary measures, a code of conduct, and a conflict-of-interest policy.

“There are many documents being developed to get this administrative tribunal up and running,” said the commissioner.

“We have also started preliminary research to see what would be required to select Kahnawake judges under the Justice Act, but the justices of the peace will continue to play a pivotal role for the foreseeable future.”

The staff at Justices Services hopes to be able to share their work with the community soon to get some feedback.

“This is a large-scale project. We are building something that we don’t really see anywhere else. Akwesasne has a similar project, but this is unique,” said Fleischer.