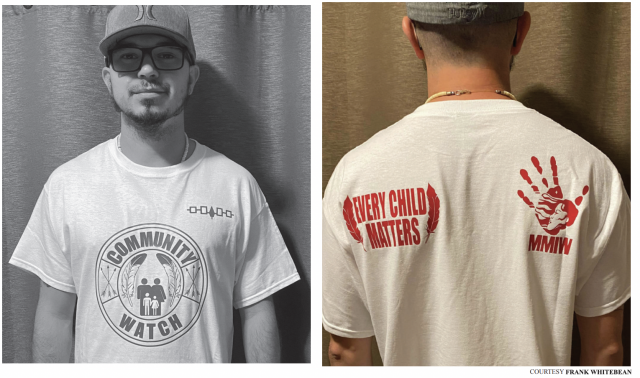 A few weeks ago, Kahnawakehró:non Frank Whitebean started a grassroots initiative – the Community Watch – that started out in the New Development, but expanded, to keep the people of Kahnawake safe after a series of reports regarding non-locals acting suspiciously.

He collected 422 signatures in support of his movement in just four days.

“The Council already agreed that this movement had their attention and support before even handing in the petition,” said Whitebean.

In fact, the Mohawk Council of Kahnawake (MCK) sent out a release last Wednesday (July 29) stating that a meeting had taken place to discuss the new community watch.

The meeting was attended by the Kahnawake Peacekeepers, members of the Public Safety Division, MCK chief Ryan Montour and Whitebean.

“The council, PKs, Public Safety Commission and community, in general, are supporting the Community Watch. We are working on organizing the movement and are working on solutions,” said the dad of two. MCK chief Montour said that he initially reached out to Whitebean to show his support for the watch.

“The MCK is always in support of initiatives that enhance the security and safety of Kahnawake,” said Montour. “During the first meeting, we stressed that there would be no enforcement power. Nobody can stop anybody.”

Montour explained that the PKs and Public Safety were adamant that they would only support the watch if volunteers and anybody who wants to get involved go through a background check.

“The organizers were asked not to stop individuals and to report to the Peacekeepers. The security checks are done so we do not have someone volunteering that has a sex offence conviction on their record,” said assistant chief PK, Jody Diabo.

Additionally, the PKs have waived the fee for the background checks.

“The Peacekeepers appreciate help from the community as long as it is done properly. We do not want community members to put themselves in danger,” she said.

But as things started revving up with the watch, Whitebean tested positive for COVID-19 on July 29.

“Covid has affected me personally a great deal because it hit me hard, but it has not affected this movement. Me and others still have been working around the clock trying to root the community watch,” said Whitebean.

He has had many of the symptoms associated with COVID-19, except that he never lost his sense of smell and taste.

The dad said that the rest of his family, including his kids, are doing great while he has been isolating in his room, resting and recovering and continuing to work on the neighbourhood watch.

“Physically and mentally, I’m knocked down a notch. But when you get knocked down, you got to stand back up. Once I’m better, I’m going to strengthen myself back up no problem. No pain, no gain,” he said.

T-shirts and stickers are being created for the initiative so volunteers can be easily identified. They will be distributed shortly. “I put ‘Every Child Matters and ‘MMIW’ (Missing and Murder Indigenous Women) on the back because that’s what we stand for, the voices of the children and women who never came home,” said the organizer.

The feedback from the community has been mostly positive, he said. He is currently dealing with a handful of volunteers, but knows others that others are acting on their own.

The MCK press release emphasized that the Community Watch initiative must focus on observation, awareness and reporting and must never intercept individuals or vehicles.