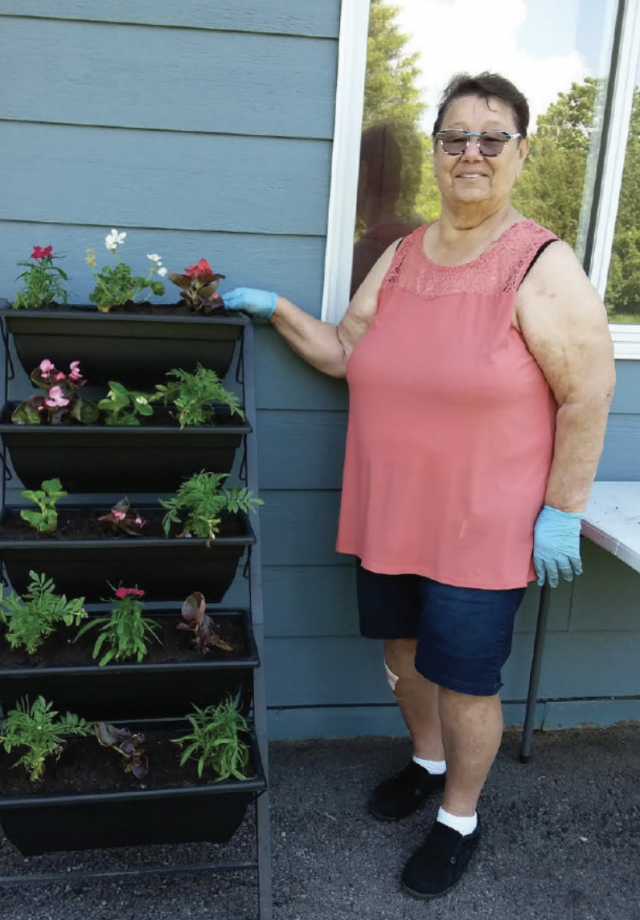 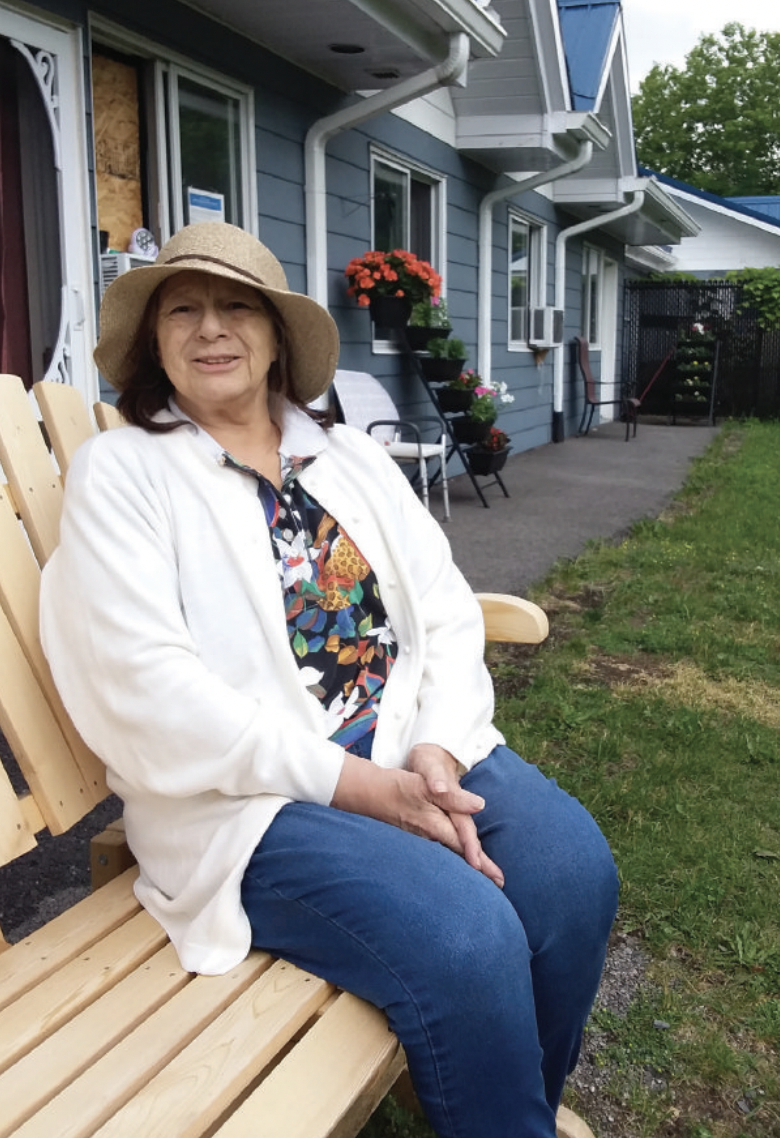 “I finally feel like myself again,” said a Turtle Bay Elders’ Lodge (TBEL) resident Arlene Standup. “I feel like a bird.”

After a long winter and spring of being in isolation, with many tight restrictions, residents of the center are so excited about their newfound freedom.

Along with running errands and going shopping, most importantly, Standup is now able to see her family. “Right now, I’m happy. After all these months, you cannot imagine,” said the 75-year-old.

The staff has noticed a big difference, and say they are very encouraged.

“You can see the change in them,” said Tracy Johnson, the Homecare Nurse manager of the Kateri Memorial Hospital Centre (KMHC), and an instrumental part in the clinical responsibility at TBEL.

“The overall morale has 100 percent improved and the changes came in the nick of time. People were very frustrated.” Johnson reiterated that these restrictions have been particularly difficult for those with grandchildren, and maintaining that distance will take a lot of restraint.

“This is very challenging for us Mohawk people and Mohawk women because we’re so close to our grandchildren,” she said. “The first thing they are going to want to do is to hug and kiss and be very affectionate.”

Although almost all residents and staff are vaccinated at TBEL, Johnson explained it’s still crucial to remain safe and vigilant.

“Once or twice a week, we’ve been meeting with the residents to update them on the change of directives. It’s also an opportunity for them to ask questions,” she explained.

Residents are now allowed to leave the grounds and gather with the same precautions as the rest of the community.

“I’m glad we can finally move around,” said Joanne Diabo, another resident of the lodge. “I was so happy to get out of my room.”

All of the elders have been in and out of quarantine and isolation, and it has taken a toll on their mental health. This new development has created a collective feeling of hope. “Everybody seems a whole lot happier now,” continued the 69-year-old woman.

With this gradual reopening, Diabo anticipates a special visitor.

“I haven’t seen my daughter in 19 months now,” said the elder. “She was coming down for my birthday last March, but it was canceled.”

Now, she has plans to see her closer to the end of the summer and is eagerly awaiting this reunion.

Diabo was very encouraged by the vaccination rollout and believes that this is a pertinent step toward the end of this crisis. “It’s not just about you, you receive the vaccine to protect other people,” she said.

Although Standup took a little convincing, she is now receiving her second vaccine next week. “I wanted to live,” she said. “I don’t want to take any chances on my life.”

Both women believe that the TBEL staff has done their best to keep their spirits up considering the circumstances. “It wasn’t pleasant for them, it was a heavy burden,” said Standup.

Johnson emphasized how hard the team has worked to keep everyone safe.

“These frontline workers are so important, especially at a time where they were the only ones allowed to be there for the elders,” she added.

And now, as the reopening continues, the sun shines and the world shifts back to normal, Diabo may even get that long-awaited haircut!