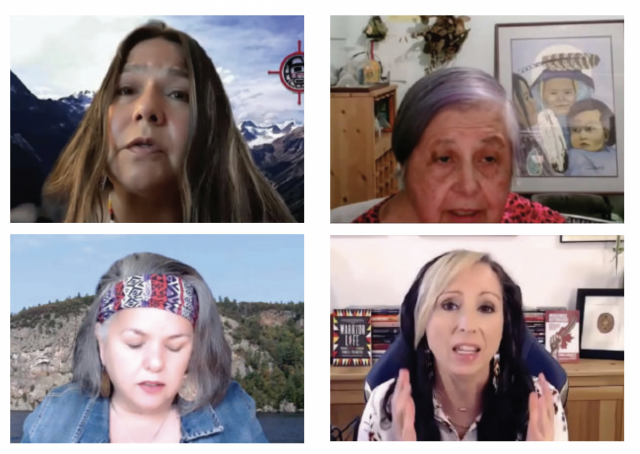 The 113-page plan was released two years to the day after the final report of the National Inquiry into Missing and Murdered Indigenous Women and Girls (MMIWG) on June 3, 2019.

The plan was developed through a collaboration between the federal and provincial governments, the National Families and Survivor Circle, and Indigenous communities.

Along with the national plan, the Trudeau government also issued a 30-page “federal pathway” report focused on what the government of Canada intends to do to end violence against Indigenous women and girls.

In 2019, the national inquiry released 231 calls for justice for what it said amounted to genocide against Indigenous women and girls.

The inquiry revealed colonization and policies rooted in assimilation as being at the core of the crisis.

The document highlighted that it is not intended to be a final plan, but one that is “evergreen and requires monitoring and reporting on progress.”

“The last thing I want to hear in this country is that we have evergreen genocide,” said Palmater.

“I don’t see anything in the federal pathway specifically or in the national action plan where Canada has stepped forward in a concrete way.”

Moreover, several of the speakers in the news conference said that they had not been consulted and that the process should have been more open and transparent.

“We can’t wait three years for some of these priorities to be handed down.”

She cited the lack of prevention measures as another source of major concern.

“We need the prevention aspect. It is so important because a lot of the women and two-spirited people in those difficult situations need that assistance now, not in three years and not on a reactionary basis,” she explained.

Dr. Dawn Lavell-Harvard, the president of the Ontario Native Women’s Association and activist Sharon McIvor, also took issue with the government’s nation-to-nation approach as it ultimately excluded many Indigenous women and girls and people living with disabilities.

“Let’s be clear. What was issued today was not a national action plan,” said Shelagh Day, chair of the human rights committee for the Feminist Alliance for International Action.

“We were looking for and expecting concrete actions with responsibilities, assigned timelines, and resource allocation. That is not what we have here. What we have is some restatements of some of the calls for justice, but not a lot more.”

On June 1, the Native Women’s Association of Canada released its own action plan after stepping away from the federal government’s plan.

The organization called the government’s process “toxic and dysfunctional” on Twitter.

“You have such an important document. And the main associations in the country were left out in the development of that plan,” said Lynne Groulx, the chief executive officer of the Native Women’s Association of Canada.

She said that the federal pathway was broad and general and lacked the necessary specificities to keep the government accountable.

“Our membership clearly said to us that they want the 231 legal imperatives addressed, and that was not done here,” she said.