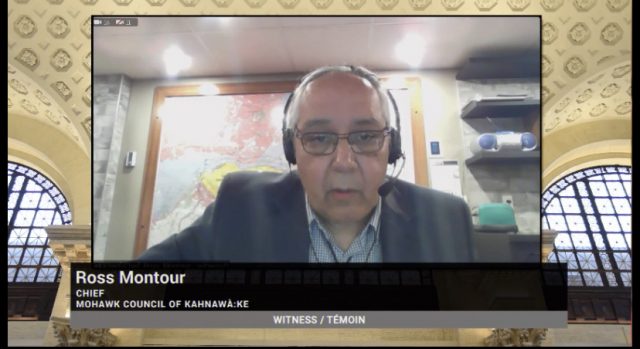 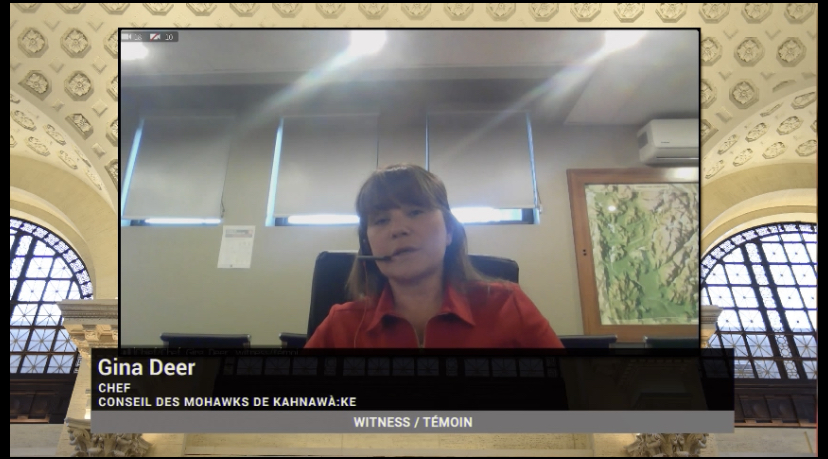 This was the consensus that the Mohawk Council of Kahnawake (MCK) came to after Bill C-218, the Safe and Regulated Sports Betting Act, was passed by the Standing Committee on Banking, Trade and Commerce without amendments on June 4.

The committee reported the private member’s bill back to the full Senate on Tuesday (June 8). This means the legislation would only need one more vote before it can receive Royal Assent and become law.

MCK chiefs Gina Deer and Ross Montour gave a presentation to the committee on June 2.

“Let me be clear, our community endorses the essence of Bill C-218,” said Deer during her testimony.

“Indeed, Canadians should have the right to bet on single sports or athletic events. Our issue with C-218 as crafted is that it fails to properly regard the rights and interests of Indigenous Peoples. Especially in a case like Kahnawake, where we have been and are actively operating in the sector.”

This week, Montour explained that he felt that the hearing was orchestrated and said that many of the senators in the committee were very dismissive of Kahnawake’s request.

“It was very concerning for us that they moved the presentation and handed it off to Banking, Trade and Commerce,” said Montour.

“We are talking about jurisdictional issues, and they claimed that everybody else was busy and these guys had time to do it. And it was bad.”

The committee also invited Zane Hansen, the president and chief executive officer of the Saskatchewan Indian Gaming Authority (SIGA), to provide testimony on the bill. SIGA is in favour of the bill in its current iteration.

“SIGA has a gaming agreement with the province of Saskatchewan. And they have landbased casinos and are clearly looking at this as an opportunity to be able to venture into online gaming, which they have not done up until now,” said Montour.

The chief thinks that SIGA was only at the hearing because they support the legislation.

In March, the MCK provided the House of Commons with specific wording to amend the bill. However, the House passed the bill without any amendments.

“What we are concerned about is that by not having a carve-out for Indigenous Nations, not being recognized as legitimate in terms of jurisdiction and the management of gaming, our online gaming and our jurisdiction is being threatened.

“Our ability to generate revenue for Kahnawake is being threatened, and in a matter of time, it would become mortal,” he said.

At one point, during the question period, Quebec senator Jean-Guy Dagenais brought up a French media news report regarding organized crime and a potential casino project in Kanesatake.

On Thursday (June 10), Manitoba senator Mary Jane McCallum agreed to bring up Kahnawake’s concerns on the bill to the Senate Chamber.

The MCK has vowed to keep on fighting to ensure that Kahnawake’s interests are secured.