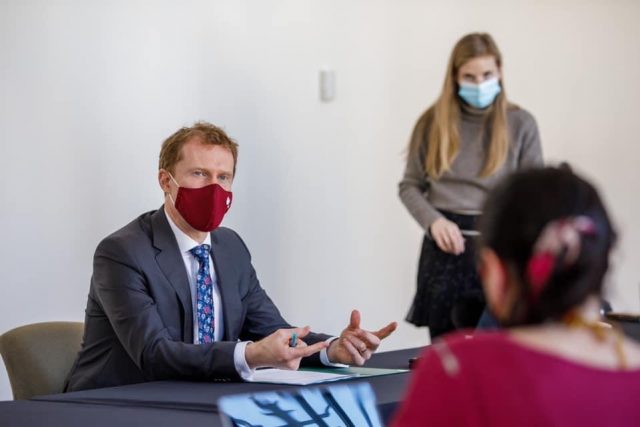 On Monday, the federal government unveiled its long-awaited 2021 federal budget and pledged more than $18 billion for Indigenous communities.

The liberal government called the budget a “historic, new investment,” representing a 300 percent increase from the previous one in 2019.

“We should get into that number ($18 billion) because I think it’s very important. It’s actually the lower end of the number,” said Marc Miller, the minister of Indigenous Services.

“The $18 billion is essentially the work that is provided through Indigenous Services Canada, so my portfolio and that of minister Caroline Bennett,” he explained.

The money would be spent over a five-year period and includes $2.2 billion to end the ongoing tragedy of missing and murdered Indigenous women and girls, $6 billion for infrastructure and $1.4 billion for First Nations and Inuit health care.

“There are also investments in Indigenous languages, which is near and dear to the communities. The budget really increased the amounts allocated under heritage,” said Miller.

The budget would provide $275 million in total and $2 million ongoing to Canadian Heritage to support language revitalization and strengthening.

The funding would also assist various initiatives such as language and culture camps, mentor-apprentice programs and the development of Indigenous languages resources and documentation.

Another key investment in the budget is the $2.5 billion allocation to build on the existing distinctions-based approach to Indigenous Early Learning and Child Care with long-term funding in Indigenous-led programming that parallels the provinces and territories.

This also includes $515 million for before and after-school care on reserve, plus additional support for First Nations programming and capacity building.

“It is my job as minister of Indigenous Services to move to close the socio-economic gap that is driven essentially by three areas: education, infrastructure and health. And that is essentially the pillars of a good chunk of the budget,” said Miller.

The budget also allocates $150 million for a sustainable new Indigenous economic growth fund created through the collaboration between the National Aboriginal Capital Corporation Association and the Business Development Bank of Canada.

Because the liberals hold a minority government, they require support from at least one major party in order to pass the budget, which means that the money is not guaranteed.

“This is a budget, and we are at the whim of the other parties. If they chose not to have confidence in the budget, that would trigger an election. I don’t think anyone is blind to that fact. My job in the middle of this pandemic is to ensure that proper support is getting out to Indigenous communities,” said Miller.