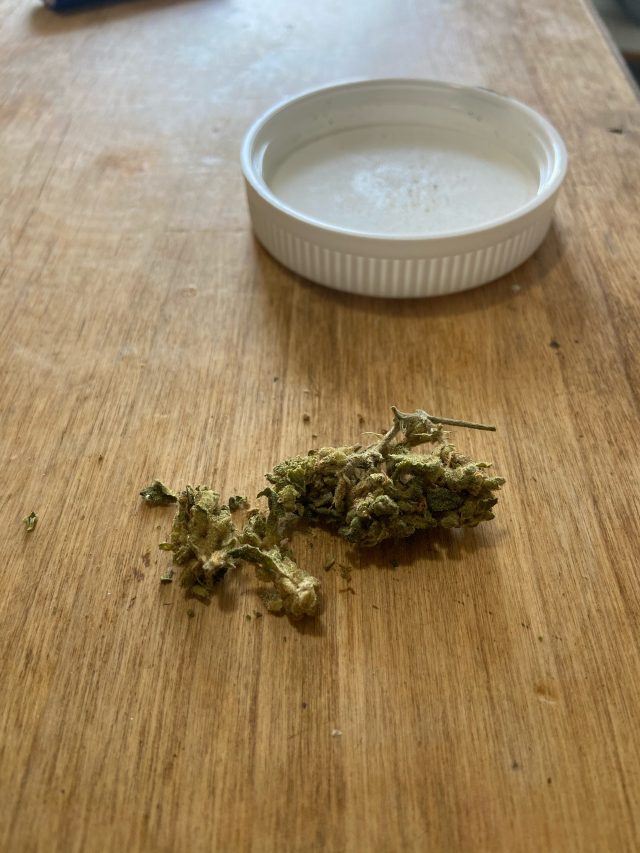 Perron said that although the Cannabis Control Board meets every two weeks to discuss the regulations, enactment and implementation of the system, the pandemic has really slowed the process and caused a considerable delay in relaying information to the community.

“The Community Decision Making Process (CDMP) is what these regulations have to go through as a final enactment phase,” said Perron.

For the last few months, the MCK and most of the community’s major organizations have been operating under essential services only, which has meant prioritizing time-sensitive matters.

“Leslie Skye, the coordinator at Kahnawake Legislative Coordinating Commission (KLCC), has been reassigned to the vaccination centre, as well as Chris Bush, who is our policy analyst. We are ready to go for an enactment package, but I don’t have a KLCC coordinator,” she said.

“We meet with Health Canada regularly because, at the moment, they are responsible for licensing for the cultivation processing,” said Perron.

And although it is not finalized yet, the MCK has a memorandum of understanding with Health Canada that establishes jurisdiction.

The MCK also sent Quebec a draft agreement, but they have yet to respond, according to Perron.

“If you look at the regulation for the dispensaries, it talks about the dispensary licenses. There is a maximum of three. It is written in section number four of that regulation,” said the chief.

Perron is aware that some people are upset, but explained that the number was chosen based on a multitude of factors brought up during surveys, consolations with the community and a study that determined the economic viability.

As part of that regulation, the board will review the maximum number of dispensary licenses on a regular basis, at least annually, and after consulting with Council and other interested parties, may amend the maximum number set out in section four.

“So, this is the starting point with three. It is not to say that it won’t change, but we don’t even know how any of this is going to work because we have never been involved in this industry, and we are not talking about tobacco. We are talking about a drug,” said Perron.

She also explained that the MCK does not want to promote the sale of cannabis too much due to the community’s uneasy stance on cannabis.

“I know some are interested in the business part, but the majority of the community that has lived by the zero-tolerance policy all these years does not want this promoted. These are things the board had to consider,” she said.

The regulation concerning dispensaries also includes a prequalification process that an eligible applicant must go through before applying for a license.

“There will be a notice that will go out for 30 days, so community members can make written submissions to the board raising any questions or concerns about the proposed locations identified,” said Perron.

The design, size, layout and fixturing will also have to be approved by the board, she said.

The board expects over three eligible potential businesses to apply for licenses, so they have included a lottery system as part of the regulation.

“There is no other way to decide who gets the three licenses other than a lottery system that would be conducted in the presence of those applicants and the media for transparency reasons. I know that a lot of people are not going to be happy, but there is no other way that it can be done fairly,” she said.

The board is still looking for an operations manager.

The Kahnawake Office Complex has been identified as a potential location to house the Kahnawake Cannabis Control Office, although nothing has been finalized, according to Perron.