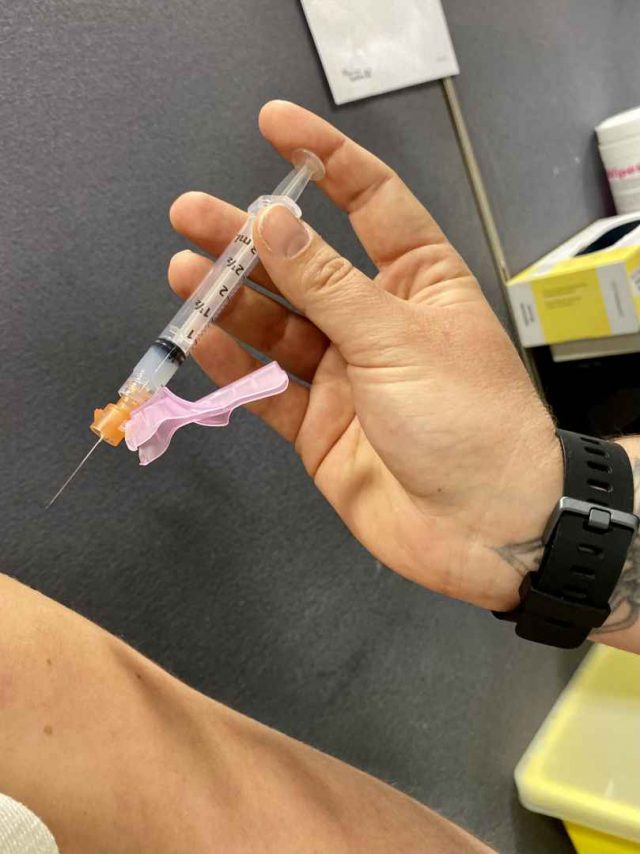 The vaccination uptake in Kahnawake is set to continue rising, as 16 and 17-year-old community members will soon have the opportunity to receive their first dose.

In an announcement made last week by the COVID-19 Task Force, it was confirmed that the Kateri Memorial Hospital Centre (KMHC) had successfully secured a shipment of the Pfizer-BioNTech vaccine for adolescents within this age bracket.

Executive director of KMHC, Lisa Westaway, explained that the procurement of the 200 doses needed was not as effortless as some might assume.

“The original agreement by the ministry and the federal government and Kahnawake was only for vaccines for those 18 and over,” said Westaway, adding that the process involved negotiations not only with regional Public Health, but also with the Canadian Health Ministry. “We used all the arguments and reasons we were able to, to be prioritized as a community to obtain vaccines for the 16 and 17-year-olds,” explained the KMHC director.

The endeavours made by local health authorities to immunize those under 18 years of age is a direct result of pleas made by Kahnawa’kehró:non themselves.

“We had several community members reaching out to us who are in the 16 and 17-year-old age bracket, or their parents, asking if it was possible for us to get the Pfizer vaccine for that population,” explained Task Force chair Lloyd Phillips. “The securing of vaccines was a response to the request and needs of the community.”

While there are still doses available at the vaccination centre operating out of the Mohawk Bingo hall, Westaway expressed that this specific request was crucial, as there are different eligibility criteria for each COVID-19 vaccine.

Although Canada’s National Advisory Committee on Immunization authorized the use of the Moderna, AstraZeneca and Pfizer-BioNTech vaccines, only the latter has thus far been approved for individuals 16 years of age and older.

While that may be the case, Pfizer and BioNTech released a statement on March 31 announcing that the third phase of a trial with adolescents aged 12 to 15 demonstrated a 100 percent efficacy and robust antibody responses. The trial enrolled a total of 2,260 teenagers with or without prior evidence of SARSCoV-2 infection.

Health Canada has not yet stated whether it will move to allow the administration of the vaccine for those below the age of 16.

The Task Force expressed that for the time being, residents can look forward to the arrival of the Pfizer-BioNTech vaccines, which could be delivered as early as April 12.

As of last week, 72 percent of eligible community members had been vaccinated with their first dose. With at least 104 additional vaccines administered on Tuesday alone, the community is well on its way to reaching its objective of vaccinating at least 80 percent of Kahnawa’kehró:non.