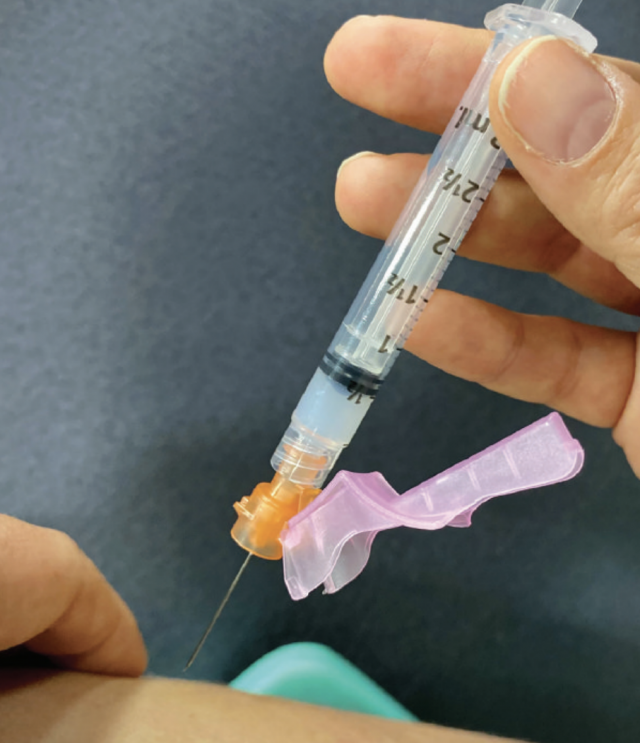 This article was written in collaboration with Eastern Door reporter Callie Giaccone.

With just above 50 percent of all eligible Kahnawa’kehró:non having received their first dose of the COVID-19 vaccine, local health officials expressed their concerns about the noticeable drop in appointments booked over the last few days.

Although approximately 225,000 vaccines have been administered in over 610 First Nations and Inuit communities throughout Canada, the vaccination rollout continues to face unique obstacles.

“We didn’t think we would have to be doing so much promotion to convince people to get vaccinated,” said Task Force chair and commissioner of Public Safety for the Mohawk Council of Kahnawake, Lloyd Phillips. “After one year of being in the pandemic, we thought people would be fighting to get in the door.”

Launched in early March, Kahnawake’s vaccination campaign aims to deliver the first dose to at least 80 percent of the community, before the rollout concludes on April 6.

While there is no determinant cause behind the decline for appointment booking, Phillips said that vaccine hesitancy among community members is a factor the Task Force is mindful of.

“The trauma that we have experienced as First Nations plays a role,” he said, noting the pattern of reluctance throughout the community.

According to Karla Jessen Williamson, an Inuk scholar at the University of Saskatchewan, it is irresponsible to investigate vaccination attendance, without talking about past and current racism that pulses through the crevasses of Canada.

“There are huge anxieties among the First Nations,” explained Williamson, referring to not only the current situation, but the many instances of injustice throughout other historical global pandemics. “No wonder people are feeling very compromised by the whole thing.”

Though vaccine hesitancy can stem from a variety of reasons, Williamson explained that First Nations, Inuit and Metis populations often face specific challenges, especially when it comes to vaccine uptake, due to the covert and overt racism that still exists today. 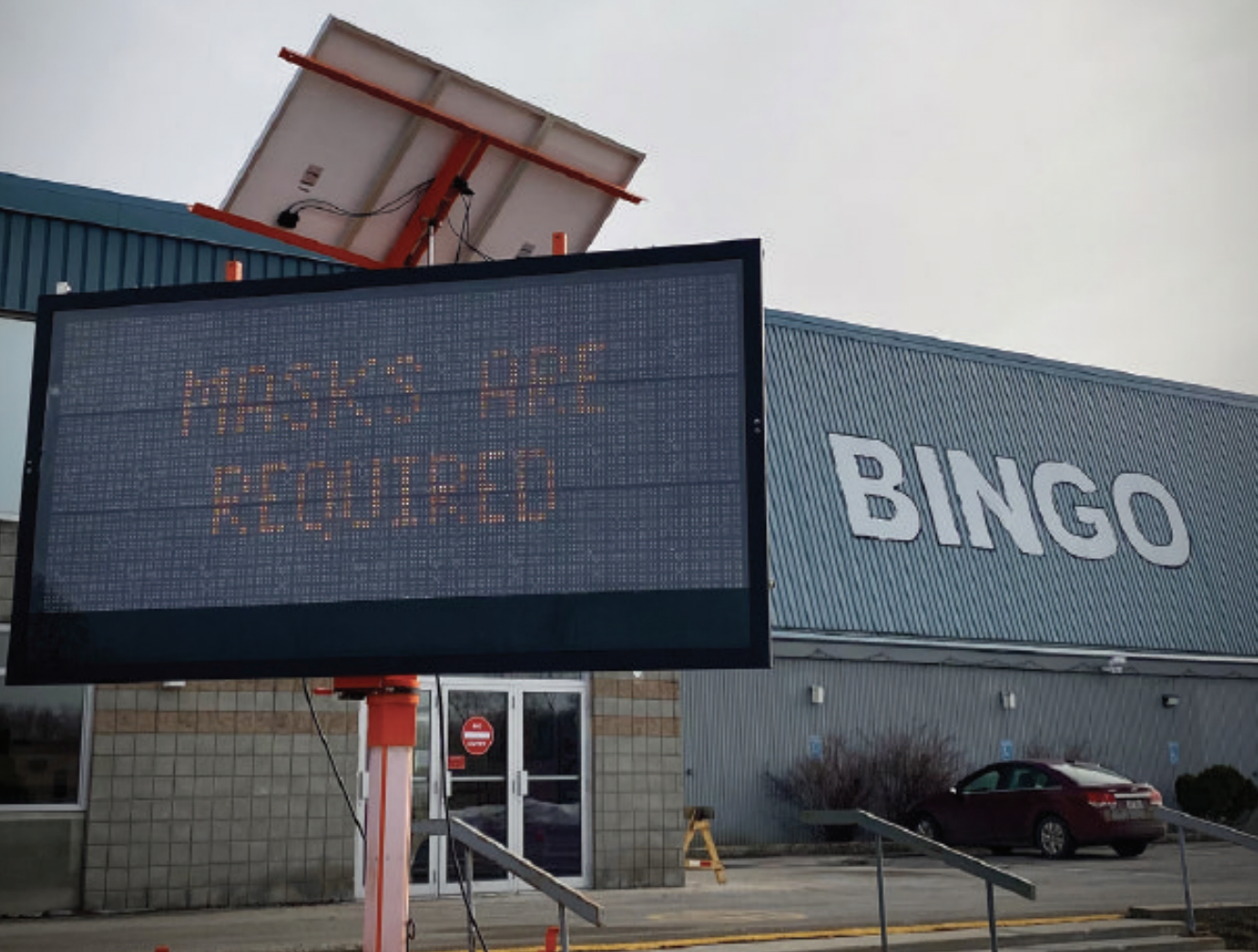 “Some people might have suspicions of the motivation of being vaccinated,” she explained. “The fact is that many of the systems put in place are those of systemic racism.”

In addition to the negative historical treatment, contemporary experiences with mainstream healthcare systems continue to reveal discrepancies in the access to safe and equitable services offered to Indigenous populations and racialized groups.

Last September, the death of 37-year-old Atikamekw woman Joyce Echaquan led to a national outcry, after she recorded her own racist encounter with two healthcare workers at the Joliette Hospital just hours before she died.

These examples are behind the growing calls to address the systemic racism Indigenous and other marginalized groups face when seeking healthcare, such as those sought out during the pandemic.

In a close-knit community like Kahnawake, working together has never been a more central motivator and priority, according to Phillips. He explained that as the doors of the mass vaccination centre are near closing, the Task Force urges members of the community to open a dialogue with their friends and family.

“For example, my niece has reached out to all our family members to ask if they need help booking an appointment,” said the commissioner. “We have a lot of time between now and April 6 to get that number up, but it’s in the hands of the community.”

For Kahnawa’kehró:non Leya Jacobs, talking to her family was truly all she needed to wrap her head around the process. Like many others, Jacobs’ hesitancy first stemmed from mistrust.

“I originally didn’t want to get the vaccine because I felt that the government wanted to use us as experiments,” said Jacobs, expressing that she felt the vaccine turnover was too quick to be safe.

Phillips acknowledged that this sentiment was not just an anecdotal situation, but that this is a common theme among other community members. “There’s concerns about being used as guinea pigs,” he said.

Nonetheless, after watching her family book their appointments, Jacobs felt like it was the right choice. “I’m very close with my family and it’s hard to not be able to see or interact with them, and if they can do it, then so can I.”

Task Force member and executive director of the Kateri Memorial Hospital Centre Lisa Westaway explained that due to the lack of vaccination appointments, the Task Force had to change its course of action.

“I returned 1,000 doses, and perhaps, I will have to return more once this is over,” she said, further explaining that the vaccines were sent to the Centre intégré de santé et de services sociaux de la Montérégie-Ouest.

The hospital director stated that waiting until the vaccines expired only to then throw them out would be unethical.

As a strategy to increase turnout, a walk-in option started on Wednesday, where Kahnawa’kehró:non could show up at the Bingo Hall vaccination site between 12-5 p.m. and receive their first vaccination. Everything will proceed as normal for those who have already booked an appointment. 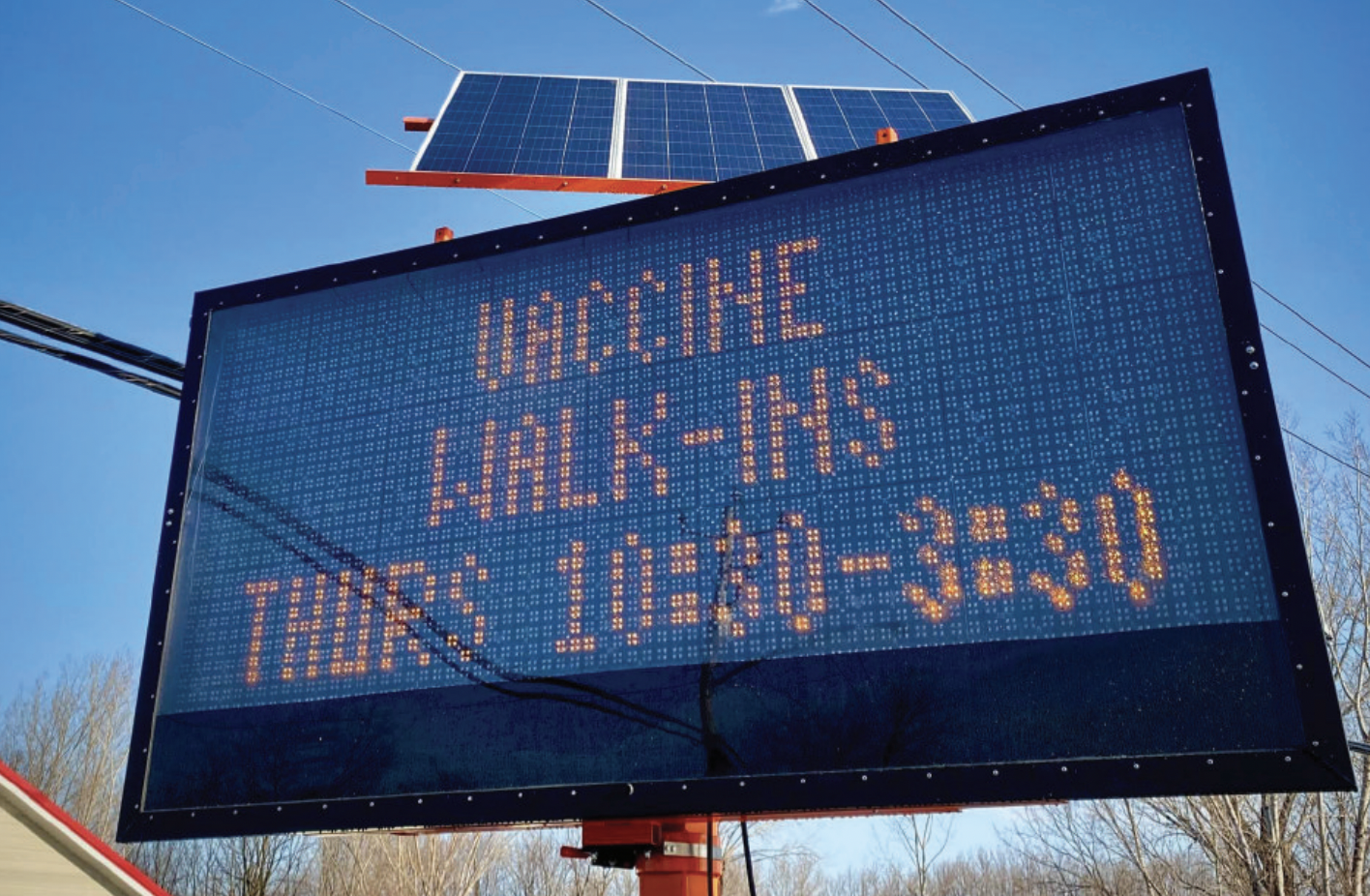 At the national level, Indigenous Services Canada (ISC) is taking into account the historic injustices faced by Indigenous people, as well as the systemic racism currently being witnessed, while assisting with vaccine rollout.

“We want to make sure that provinces and territories work with Indigenous partners, to ensure that there is cultural safety and respect in clinics, and places where Indigenous people are to obtain their vaccine,” said the executive director and chief medical officer of Public Health for ISC, Dr. Tom Wong.

He further explained that some of the most important work underway to increase vaccine uptake and build up trust, is happening from within the targeted communities who have been working in conjunction with outside health professionals and other nations throughout the pandemic.

Wong said that the work being done in many communities also resulted in elders joining efforts by sharing their own experience with vaccination.

“You see some very powerful messages coming from elders after they received the vaccine,” said Wong. “They explain to the communities that not only did they take the vaccine to protect themselves, but also to protect their grandchildren, their families and their communities.”

As for Kahnawake, the Task Force feels they are spreading themselves thin to promote the rollout. “The communication strategy has been quite detailed. We are doing everything we can to increase rates,” said Westaway. “We even put notices in people’s mailboxes.”

Surrounded by a large surplus of information from various platforms, Westaway is worried about this being a catalyst for misinformation. She explained that there is a clear message that she wants the community to understand, and that other communication channels are muffling this message. “People have hesitancy for a lot of reasons – some of it is cultural and some of it is fear,” said Westaway. “Information is being posted by anti-vaxxers and it is not real, but some people will still believe it.”

She urges the community to think critically and ingest reputable information based on facts.

Only 50 percent of Kahnawa’kehró:non over 70 years of age received the first vaccine, leaving the community at high risk of hospitalization and deaths. As role models and knowledge keepers, it’s never been more important for this demographic to lead the way.

Wong notes that it is crucial that the ethical information about the virus comes not only from medical professionals, but also from within the community. “It is so important for Indigenous elders, Indigenous health professionals and other Indigenous workers and leaders to explain to their communities what we know and don’t know about the vaccine and how the vaccine works,” he explained.

According to Williamson, whose expertise falls under educational foundations, in order to dissuade misinformation and create trust between the government and Indigenous communities, it starts with knowledge. “Only the privileged voices are heard and when you are blinded by that, it’s very difficult,” she stated.

Westaway emphasizes that she knows the vaccine can feel scary and unknown, but that the more one learns about a situation, the less daunting it becomes. “This is people’s chance,” she said. “The world is going to restart and it will be based on the fact that every individual had the opportunity to be vaccinated.”

Westaway put it plainly: “refusing to be vaccinated is stating you are accepting the consequences of COVID-19.”