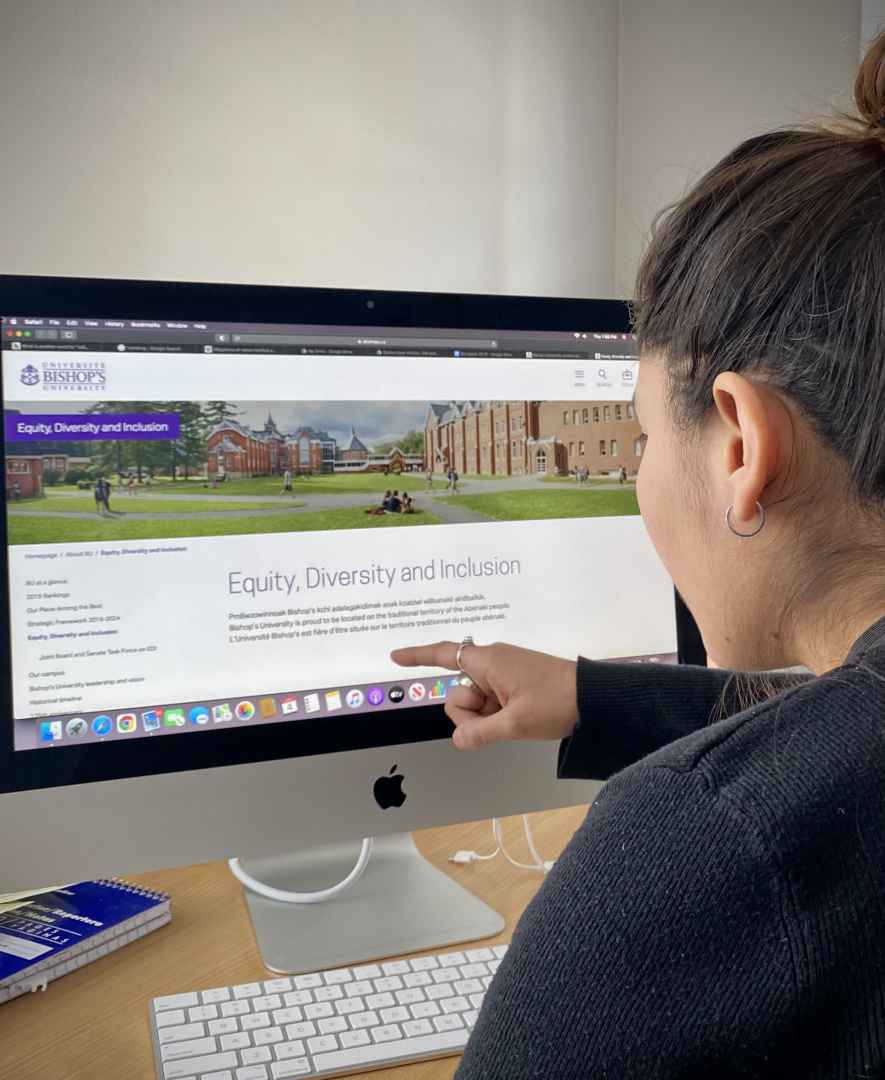 An issue outlined by the students is the university’s current land acknowledgement, which states that Bishop’s is “proud to be located on the traditional territory of the Abenaki people.” The group described the statement as “insensitive” and said that despite raising their concerns to Bishop’s faculty on numerous occasions, still no change has been made.

Members of Bishop’s University’s (BU) Indigenous Cultural Alliance (ICA) made their voices heard during a press conference late last month, where they denounced what they call “regular blatant acts of racism” from the university’s faculty and administration.

The group of students called for major changes at BU on February 25 in response to a flood of recent incidents, including the release of the institution’s report of the Task Force on Equity, Diversity and Inclusion (EDI) on February 18.

Created in July 2020, the force’s mandate is to identify systemic obstacles, injustices and biases at the university and to make recommendations to dismantle these barriers.

In a press release, the ICA members said that the EDI Task Force and the report issued last month was “whitewashed” due to what they described as insufficient recognition of systemic racism on campus and chronic under-representation of Indigenous staff in decision-making positions within the faculty.

According to the Quebec Human Rights and Youth Rights Commission’s evaluation for the period of 2016-2019, out of the 406 Bishop’s employees, only two identified as Indigenous.

Coordinated with the support of Montreal’s Centre for Research-Action on Race Relations (CRARR), the press conference tackled allegations of institutional discrimination perpetuated by BU against Indigenous and other BIPOC (Black, Indigenous and People of Colour) students.

Kanehsata’kehró:non Kailey Karahkwinéhtha Nicholas, a Bishop’s student as well as a member of the ICA and of the EDI Task Force, currently sits as the only Indigenous student representative.

According to the first-year biology student, the report negates the discriminatory climate BIPOC students at BU are subject to. “It doesn’t accurately give the reader the impression of how racism operates on campus,” said Nicholas, who explained that the report makes no concrete acknowledgement of the systemic issues within the university.

For ICA member Nikki Baribeau, Cree from Mistissini, this unwillingness to recognize the existence of systemic imbalance is at the core of the issues outlined by the group.

The Cree woman is the for mer vice-chair of the EDI Task Force, a position she explains she was asked to resign from in December for so-called “lack of dedication.” Baribeau said the request comes after she encountered “bullying and disrespect” by the force’s leadership after questioning decisions made.

Among the many points of concern raised by the students are some that relate to the administration’s handling of the $5.9 million government funded Kwigw8mna “Our House” project, which debuted in 2017. The sum was allocated by Quebec to make significant repairs to an existing building intended to serve as a gathering space and resource centre for Indigenous people on campus.

Alliance co-lead Alicia Moore-Iserhoff said that there has been constant pushback from the administration towards Indigenous students involved in the Kwigw8mna development. “It’s been a battle to try and express our needs as First Nations,” she said during the press conference. “We’re not being understood and we’re not being listened to on that committee.”

The press release issued by CRARR denoted that an estimated 80 percent of the building would be devoted to administrative offices. Baribeau said that faculty omitted to consult with the Indigenous people on the committee and that, in addition, the use of the space contradicts the purpose of the government funding obtained for the project.

“We’ve been given the responsibility to decorate the outside space and no inclusion in the planning and decision-making meetings that take place within the administration,” Baribeau explained. “We are now being included as tokens in decorating the space. We are used as window dressing for this project.”

Nicholas expressed similar concerns over the way BU chooses to involve and invoke Indigenous students. “It’s just shallow performative activism,” said the 22-year-old. “You can really see the struggle in trying to get real change to happen.”

CRARR executive director Fo Niemi said that in addition to the university’s failure to request consent from the group for decisions on the project, the EDI Task Force also neglected to address issues pertaining to employment of BIPOC staff at BU.

“The report makes no mention of the fact that the university, like all universities in Quebec, is bound by the Quebec mandatory Employment Equity Act,” said Niemi in reference to the act enforced in 2004. “Bishop’s is required to implement measures to ensure the equitable representation of Indigenous Peoples.”

The executive director said that the work of the force and the credibility of the EDI report is compromised by this oversight. “At the heart of all these things is the underrepresentation of Indigenous Peoples at all levels of the university and this is something that should be considered a priority to address,” added Niemi.

For Nicholas, ICA members speaking up on what the administration does behind closed doors is not only about demanding change for current students, but also honouring the past generations who had their voices silenced. “It’s a tough time to be an Indigenous youth because you’re trying to break down barriers that have been in place for hundreds of years,” she said. “It’s exciting, but it’s overshadowed by this feeling of being overpowered.”

Bishop’s University released a statement later on the same day of the press conference to reaffirm their commitment to equity, diversity and inclusion. “These are important and at times difficult and painful discussions and we are determined to pursue them in a climate of candor and mutual respect,” wrote Bishop’s principal Michael Goldbloom.

The statement reasserted the administration’s confidence in the work being produced by the EDI Task Force and stated that work is underway to hire a “special advisor” whose mandate will be “to foster a university environment where individual differences are recognized, embraced and valued,” according to the statement.

The intent to join forces and create meaningful changes within the university is a priority members of the alliance convey in the list of seven demands, issued to BU officials.

The bullet point list begins with a request for “the right to be included, heard, and respected” in all aspects that involve Indigenous peoples. Involvement relating to Kwigw8mna directly is mentioned as part of a separate demand.

Another part of the list includes a request for the position of the EDI “specialist” to have as primary responsibility to empower BIPOC members at the university and not operate to maintain any “existing structures of white privilege.”

A demand for all of BU’s administration to receive training on systemic racism and the ongoing history of colonialism in Canada stands out as the only demand accompanied with a deadline, set for August 2021.

The Alliance also called for full transparency, along with public acknowledgement that systemic racism is real, and for BU’s word to be bonding in all matters relating to the collective rights of BIPOC people.

“There’s no way that we can move forward if the institutions refuse to recognize the ways institutionalized racism happens and the ways systemic racism manifests itself in university levels,” said Baribeau. “It all seems to be a continuation of the current narrative of broken promises that we as Indigenous people face here in Canada.”

While ICA members said there are striking waves of support from other BIPOC students, non-Indigenous peers and even some professors, they maintain that the general response from those who hold power at the university has been one heavy with empty words.

When sports matters in the face of tragedy