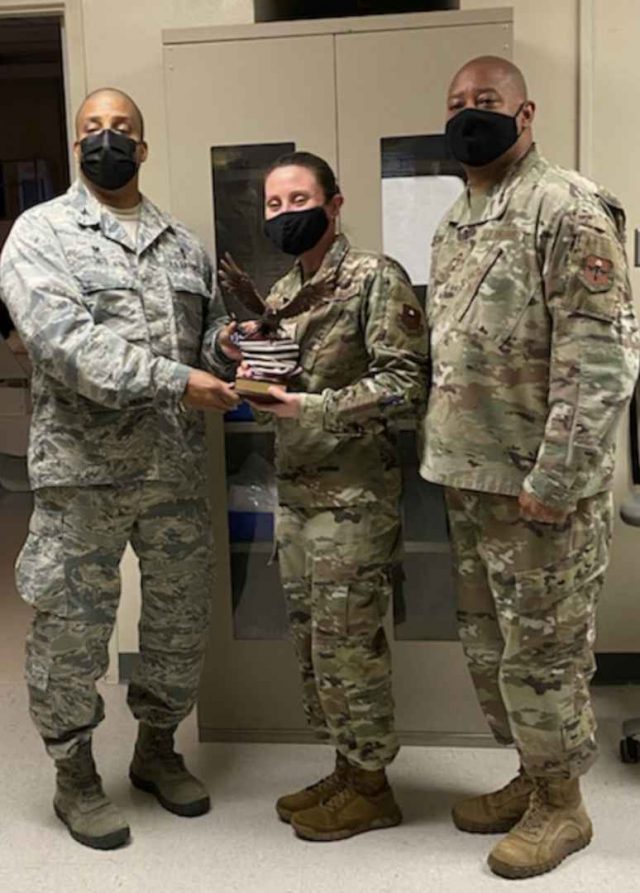 A historical decision was made, as the United States Air Force modified their identification tag policy in order to increase the recognition of Onkwehón:we people in the military.

The inclusion of Native American ethnicity in identification (ID) tags, commonly referred to as dog tags, has been approved by the Headquarters Air Force on February 22.

The modification comes more than 100 years after the ID tags were made mandatory for all soldiers in the US military. Prior to the change, the only options available for Onkwehón:we people were to be identified as either Alaskan Native or American Indian – while there are actually over 570 different nations recognized across the United States.

“We are the original habitants of this land, we need to be recognized as our own nation, our own tribe,” said master sergeant Kristal Stacey, the Kahnawa’kehró:non who fought for more inclusion.

She first noticed the lack of education surrounding Onkwehón:we culture and its diversity when she joined the Air Force more than 17 years ago.

“When people first noticed where I came from, they wanted to feel my hair,” said Stacey.

The 39-year-old also recalled a time when she had to go through the mandatory physical exam, the recruiter asked questions such as: How did she get here? Did she go to the general store to use the phone? Does she live in a teepee?

Stacey never had a problem discussing her heritage and advocating for greater recognition, but the conversation took a different turn last November. Stacey was invited to take part in an educational video broadcasted by the Kessler Air Force Base in Mississippi, in which she addressed the singularity of the Onkwehón:we nations across Canada and the United States.

“So many of us are wearing the military uniform and it’s time that they recognize us as Native American, especially for the Mohawk Nation,” said Stacey. “To be recognized as an individual and member of their nation, and not just as an American Indian.”

Stacey also expressed her concerns regarding the lack of options for religious preference, which only added to the importance of offering inclusion and diversity of choice.

“When we get deployed, a lot of our military members, when they get injured, they don’t have the option to pick their religious preference,” said Stacey. “They just have to choose “others,” which is a big deal because for us. We have our traditional ceremonies and we can’t just have the chapel come and perform a Catholic or Christian ceremony.”

Indeed, while military ID serves many purposes, such as rapidly indicating the blood type of an injured soldier, the most important one is that it offers a way to identify a fallen combatant. It then allows for the proper burial to be executed in accordance.

“Air Force officials welcome inputs and suggestions from Airmen and Guardians and make every effort to give proper considerations to suggested policy changes and act on those which have positive impact on the service and our members,” said Marilyn C. Holliday, a spokesperson for Air Education and Training Command. “Identification tags that reflect an Airman’s religion is an important aspect of inclusion.”

The lack of statistics regarding Onkwehón:we people fighting in wars has been an issue that comes up during every Native American Month throughout Veteran’s week in November.

According to the American National Indian Council on Aging, Onkwehón:we people have had the highest involvement per-capita of any population to serve in the US Army for over 200 years. Yet, detailed information on Onkwehón:we soldiers remains almost impossible to find.

“If we are identified on our dog tag, it’s another way to include us in the database,” said Stacey.

The policy’s change was a small victory that Stacey celebrated not only with her peers, but also with her family back home in Kahnawake. Her brother Tontie Stacey also knows what it means to try and be recognized by institutions.

“It’s a big moment, making history,” he said. “I’m proud of my sister. She is going to be known as the one who implemented that change!”

Stacey said she is now planning on bringing that change to all military branches.

“A lot of our members from back home joined the Army and Navy, so we need to make it happen for everyone,” she said. The Headquarters Air Force didn’t answer The Eastern Door’s interview request in time for publication.