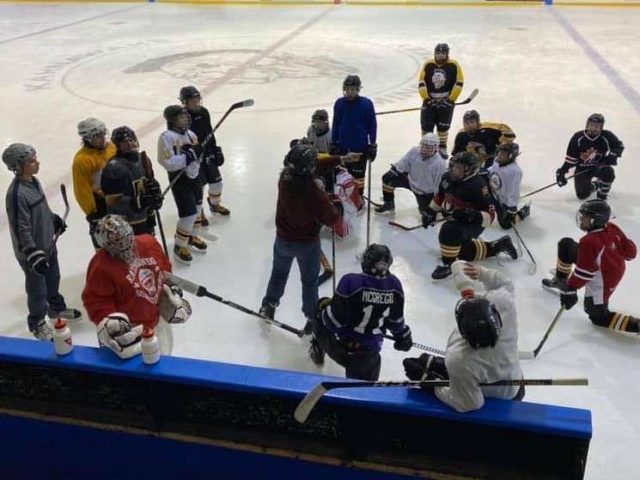 The announcement came in a press release from Hockey Quebec on their website and official Facebook page last Thursday.

“This decision was made to protect and maintain the safety of all our members, players, coaches, volunteers, officials and spectators,” said Paul Menard, director general of Hockey Quebec.

“In order to reduce the spread of COVID-19 at this busy time of year in our Quebec arenas, we cannot ensure the rate of people present in each infrastructure (arena, complex, etc). When it comes to health and safety, we can’t take a chance.”

The Kahnawake Sports Complex announced that it was closing down after a Kahnawake Public Safety press conference on Friday.

The news was also brought to the public by Lou Ann Stacey, director and scheduler of the Kahnawake Mohawks Bantam/Midget teams on their official Facebook page.

“I was in the studio getting ready for the Tetewatha:ren Talk show when Paul Graif, K1037 news director, spoke of some of the community’s organization closings,” she said.

The news of the postponed playoffs was disappointing to several players, coaches and staff members.

“I am upset but completely understand that saving lives and people are above anything else. It’s about safety for all and that includes all the athletes,” said Stacey. “My niece Hayse Horne and nephews are upset about the season ending.”

“I’m disappointed that the season has come to such an abrupt end,” said Kateri Oesterreich, Peewee A assistant coach. “We had high hopes for the boys, however, we all know safety is paramount.”

“We were two days away from our first playoff game for the first time in years. We were truly looking forward to it,” said Jen Kennedy, Bantam B manager. “Many hockey parents, coaches and players were in complete disbelief of how the situation evolved but ultimately we know the right decision was made.”

A big reason for the players’ frustration for the season being cancelled was that it had been some of the best statistical seasons for several Mohawk levels.

“Our team developed amazingly throughout the season,” said Kennedy. “We had a real good shot at the playoffs this year, which makes the cancellation even more disappointing.”

“I just feel bad for all the junior and midget players, who are in their last year of hockey,” said Brandon Bordeau, Mohawks play-by-play commentator. “And for our Atom As who looked like they could win a championship.”

The Atom A Mohawks were the only Kahnawake minor hockey team to become regular-season champions this year. They finished with a 16-2 record after defeating the HRS Hawks, 7-3, to clinch the title on February 25 en route to being the number one seed for the playoffs.